Vera (nee Waldron), from Carrowcrory, Ballinafad was in the Guinness Book of Records for the feat and was awarded a gold medallion from the Irish Heart and Lung Transplant Association at the Mater Hospital in Dublin in 2018. 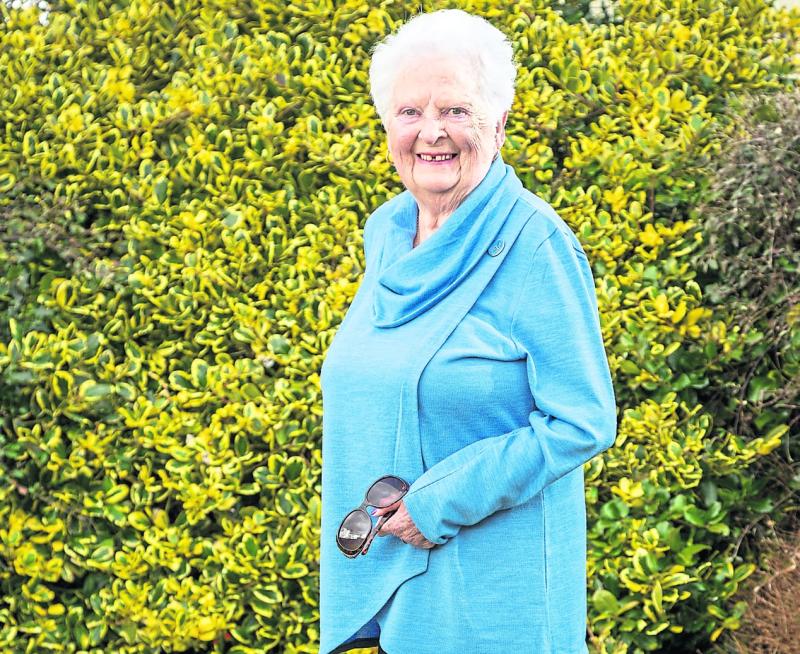 The world’s longest surviving single lung transplant recipient, Vera Dwyer passed away recently.
Vera (nee Waldron), from Carrowcrory, Ballinafad was in the Guinness Book of Records for the feat and was awarded a gold medallion from the Irish Heart and Lung Transplant Association at the Mater Hospital in Dublin in 2018.
Speaking at the time Vera recalled Vera that she had been diagnosed with idiopathic pulmonary fibrosis, an irreversible and ultimately fatal lung disease, in the 1980s.
With her condition deteriorating rapidly, she was put on the list for a lung transplant, where she remained for up to two years until a suitable donor became available.
At the time, lung transplantation was not available in Ireland and she had to travel to Harefield Hospital in England in 1988 for the life-saving procedure.
“I got one chance and I said I’m going to take it,” Vera said, speaking at the award ceremony in the Mater Hospital in Dublin in 2018. “I wanted to be there for the family, and to see the children growing up.”
Her daughter Della Beirne also recalled at the time her mother being sick for a long time while she was growing up. “We’d been living with illness for 10 years before the transplant happened. They were harrowing times.”
Vera spent months on a ventilator in Harefield, and survived while two other patients with donated lungs died. Every day since, she said, she prayed for the person who donated her lung. “Without them, I wouldn’t be here today.”
“She’s game for everything. She’ll do anything, go anywhere,” Della said of her mother. “She’s our rock.”
Vera, who was a mother of four, grandmother of seven and great-grandmother of three, received a kidney transplant in 2009 and underwent hip replacement surgery just a few months ago. She has also suffered fractures in her leg, shoulder and wrists at various times.
However sadly on Saturday, July 24, Vera passed away at the North West Hospice surrounded by her family.
Predeceased by her husband Mike she is survived by her loving family Paul, Della (Beirne) – Croghan, Linda (Kiernan) – Ballinafad and Finbarr, daughters in law Mary Frances and Annette, her sons in law Seamus and Gerard, her sisters Rita Gately (Fuerty) and Kathleen Piecuch (USA) and her treasured grandchildren Amy and husband Dermott, Cillian, Evan, Eoin, James, Sarah, Maisie and Edie along with great grandchildren and extended family.
Vera's funeral took place at Our Lady of the Holy Rosary Church, Culfadda on Tuesday, July27 with burial afterwards in Knockbrack Cemetery.
The management and staff of the Leitrim Observer would like to extend our sympathy to Vera's family and especially to our colleague Della on the sad loss of their mother.