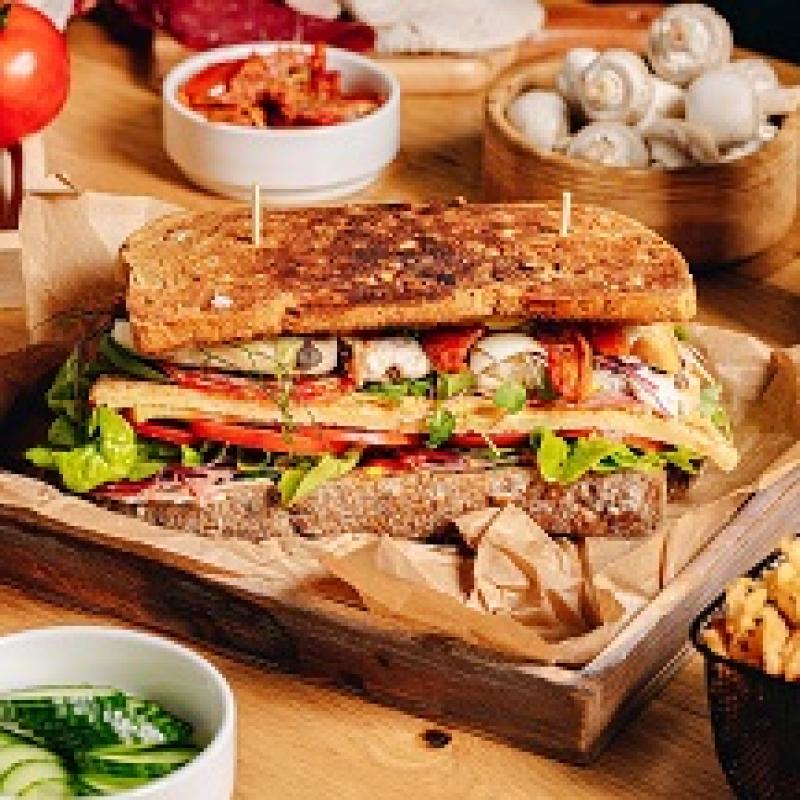 A local ingredient has made it into the Heinz All-Ireland mega sandwich which brings together one extra special ingredient from each of the 32 counties in Ireland.
The All-Ireland sandwich competition, celebrating the very best of the country’s favourite local food producers, coincided with last weekends All Ireland Football final, with the ingredients being nominated in their hundreds by the public. The final recipe was ultimately chosen by head of Heinz Ireland, David Adams and food writer and presenter Dee Laffan.
The winning Leitrim ingredient was none other than the McNiffe’s delicious Original Irish Pan Boxty which provided a crucial layer being used as one of the “bread” layers holding the fillings together, along with 31 other mouth-watering ingredients from all over Ireland.
McNiffe’s award winning Boxty is available in selected Supervalu, Tesco, Spar, Centra, Londis, Gala, independent retail outlets and butchers as well as launching in Dunnes stores from this week.
David Adams, head of Heinz Ireland, said “Our final recipe represents all of the wonderful local produce Ireland has to offer… We designed our sandwich in layers- one fish, one meat and one cheese with it being held in place by four different types of bread and of course lashings of our Heinz (Seriously) Good Mayonnaise. A bit like an ultimate club sandwich…Thanks to everyone for nominating their favourites and for helping celebrate Irish produce this summer”.
Commenting on the final recipe, food writer and presenter Dee Laffan, said “This was such a fun competition to be involved in and to be able to witness such county pride for food producers across the island was incredible.

McNiffe’s Bakery - Made in the heart of Leitrim