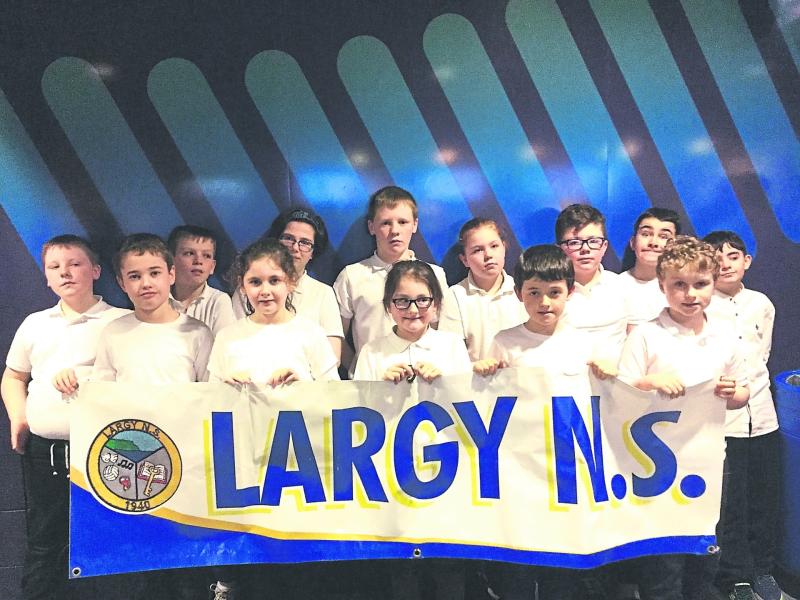 Largy National School with its partner school, Kilbarron National School Ballyshannon recently participated in a Peace Prom in Belfast as part of a Peace IV CASE (Collaboration through Sharing in Education) initiative.

Peace Prom is a cross-border initiative – first begun in the 1990s – and it involves a shared orchestra between schools from each side of the Border. It has, over the years grown enormously; now involving thousands of children from hundreds of schools, north and south, forming both the orchestra and in more recent year’s a children’s choir.

Largy National School joined in with 3,000 plus other children in the Belfast Arena in the massive Peace Prom event. They sang and danced a medley of songs that the students had been learning all year in school.

For everyone who travelled from Largy the atmosphere was electric. Everyone enjoyed themselves immensely. There were also performances by guest dancers, soloists, the orchestra and other musicians.

Meantime the Education Authority in Northern Ireland and Léargas work in partnership to implement the Peace IV Collaboration through Sharing in Education (CASE) programme.

CASE is for primary and post-primary schools in Northern Ireland and the Border Counties of Ireland.