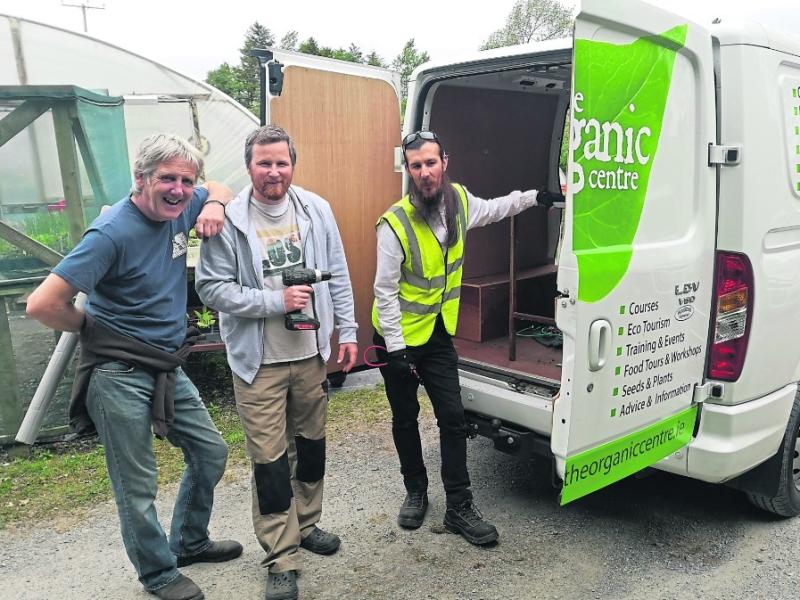 A little piece of Leitrim will be at Bloom this bank holiday weekend with 118 different plants and flowers winging their way from the Organic Centre for a 'Pollinator Friendly Organic School Garden' exhibition.

The garden aims to promote understanding of the important role pollinators such as butterflies, bees (bumblebees, honeybees and solitary bees) and the role they play in food-production and biodiversity enrichment. The exhibition is timely coming after a number of international and national reports reporting on the serous risk of loss to our natural world as a consequence of man made activities, and a subsequent climate and biodiversity emergency which was called on by the Irish government.

The garden is a partnership effort from SEED, a School Earth Education programme, a national network of education centres that specialise in organic school gardening. The Organic Centre is an active member alongside others such as Irish Seed Savers and Marino Institute of Education.

The programme offers services for schools and teachers including training materials and literature, and practical gardening sessions with children.

Ingrid Foley from the Organic Centre, part of the Organic Centre and SEED team in Bloom, shared her enthusiasm for the garden. She said “We are delighted to be back in Bloom this year after a short absence of two years, promoting science education in the outdoor classroom that is the garden”

The garden, supported by Bord BIA and Department Of Agriculture, will have lots of flowers that are nectar-rich and that bloom at the end of May and the beginning of June.

It will have a fruiting hedge, a native hedgerow, a butterfly patch, solitary bee nurseries, water feature with waterfall, vegetable beds containing vegetables in all the colours of the rainbow, potato fair-test, carrots growing in bins to deter carrot root-fly, a hobbit house with a green roof, a marquee with educational resources, learning zone, polytunnel, wormeries, vegetable beds made from recycled plastic which are watered by capillary actionand 30 metres of wildflower meadow.

It will be on display from Thursday, May 30 until Monday, June 3.

Thirty primary school classes will be brought around the garden on Thursday and Friday.

Local garden designer Leonie Cornelius from Fivemilebourne and food company Blake’s Always Organic, Drumshanbo will be among those featured at Bord Bia’s Bloom festival which will celebrate its thirteenth year from May 30 – June 3.

The celebrated horticulture, food and family festival, which attracted over 120,000 visitors last year, will feature 22 show gardens, 14 postcard gardens, over 100 Irish food and drink producers, 25 plant nurseries, 25 live cookery demonstrations with some of Ireland’s best known chefs and some 100 retailers, all within a 70 acre site.