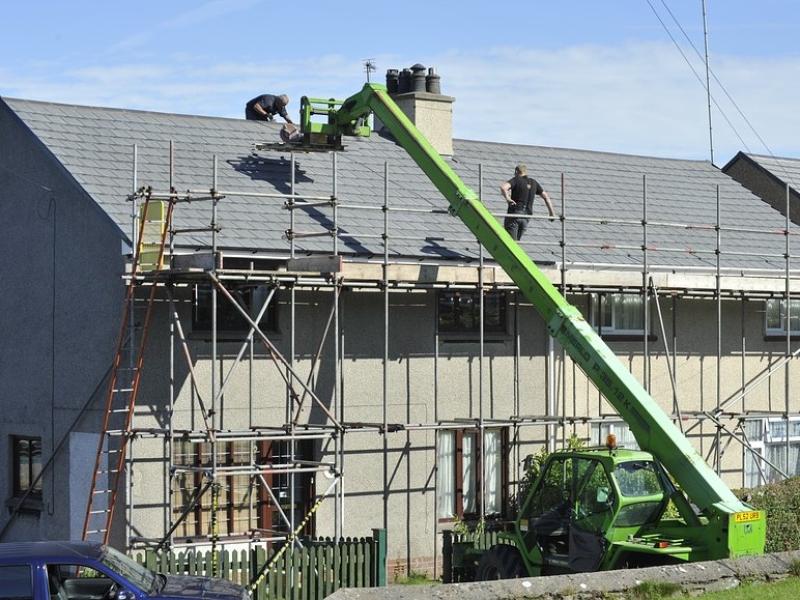 New dwelling completions in Co Leitrim are down by a third on figures for the same period last year.

The Central Statistics Office has released details of housing completions for the second quarter of 2018. According to the latest figures, there were 4,419 new dwelling completions in the second three months of 2018 an increase of 34.1% on figures for the same period last year.

Despite the massive increase in new completions nationally, this increase is not reflected in Leitrim where completions fell by a third on figures for Q2 2017.

In Q2 2018 just 14 new dwellings were completed in Leitrim. Of these 13 were single house dwellings and 1 one was a housing scheme.

This decline reflects the ongoing issue with obtaining planning permission in Co Leitrim.

At present it is all but impossible to secure permission for construction of one-off rural houses as the vast majority of the county has soil which will not pass the stringent T90 tests required under planning law.

The latest housing completion figures for Q2 2018 show the growing divide between urban and rural areas.

According to the figures 78% of new dwelling completions were in urban areas between April and June this year.

Number of new dwelling completions up 34.1% in yearhttps://t.co/1Q980XYlmo#Ireland #housing pic.twitter.com/1kwF80qvQr

Dublin had the majority of new dwelling completions followed by the Mid East. These two areas account for three quarters of all scheme dwellings completed in Q2 2018.

Since 2011, Leitrim has seen a major decline in housing completions, especially for those involving single houses.
In 2011 62 single houses were completed. Last year this number had dropped to 42.

Eight years ago the Environmental Agency Protection (EPA) guidelines on wastewater generated by one-off rural houses were introduced and since then applications for planning for one-off homes have fallen off to a handful of successful applications each year.

At present Leitrim County Council is working with a number of people who are participating in a pilot scheme to test a zero discharge solution to the wastewater problem. But the reality is it will be a number of years before these homes are constructed and samples are taken for monitoring.

Until then more of our young people are finding they can no longer live in the areas of rural Leitrim they grew up in and our communities and accompanying infrastructure, are suffering as a result.