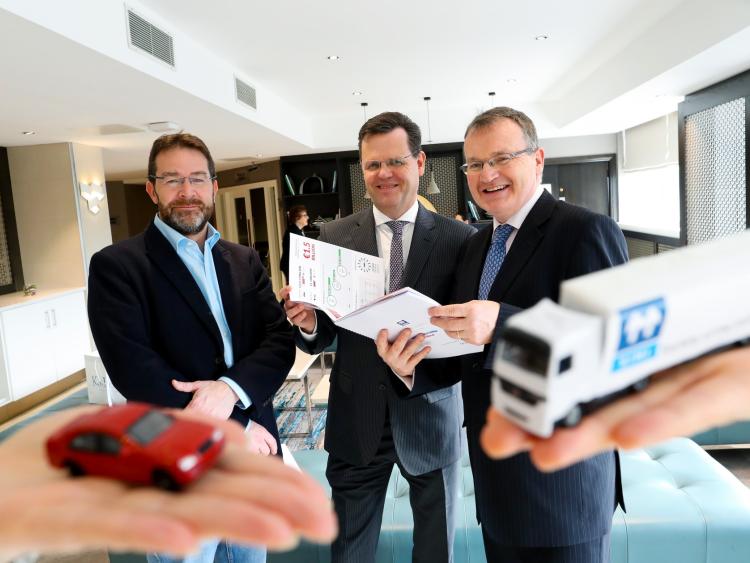 The Society of the Irish Motor Industry (SIMI) this week issued the official 171 car sales figures for January along with presenting their final SIMI/DoneDeal Quarterly Motor Industry Review of 2016. Alan Greene President of SIMI officially launched the report at the Clayton Hotel Dublin 4.

The report showed that car sales in Leitrim were up 2.5% in January 2017 compared with figures from January 2016.  There were 202 new car registrations in the county in the first month of this year compared to 197 last January.

The report also outlined that according to DoneDeal 2,652 car ads were placed on their site from Leitrim in 2016 and the value of the cars advertised was €15,098,302.

The SIMI/DoneDeal Report highlights the strong economic performance of the Motor Industry last year, with growth in registration figures seen across all counties along with the upbeat nature of business confidence and investment reflected in commercial vehicles despite a softening of the market towards the latter half of 2016.

Jim Power Economist and author of the Review said; “Looking ahead to 2017, while the outlook for car sales is a bit more difficult to predict than last year, the projected growth in personal disposable incomes and the availability of credit provide solid support for car sales. However, the impact of Brexit and the increased volume in imported used cars are other issues that may impact on new car sales this year. Overall, though, numbers should be fairly close to last year with perhaps a slight decline of around 3% in new car sales in 2017, which would imply new car sales of around 142,000.”

Last year the Industry continued to generate strong returns for the Exchequer with a total VRT and VAT take of €1.5 billion (26.8% ahead of 2015) from new and used car sales alone.

SIMI also issued New Vehicle Registration data for January 2017, which show that 171 new car registrations have had a steady start as anticipated, finishing just -1.7% lower than the total for January last year.

Alan Greene SIMI President commented; “The Motor Industry continues to be a strong contributor to employment with 40,800 people employed throughout Ireland. Last year our Industry contributed €1.5 Billion to the Exchequer in car sales alone. 2017 was always going to be a more cautious year for businesses, right across the economy, but we have seen a steady start in January and hopefully we are on track for another good year and continuation of a stable market during the rest of the year”.

Motor insurance costs since 2013 have increased by +61.5%, although there was a slight decrease in the last quarter of 2016 by -5.5%, costs in December still remained at 8.9% higher than a year earlier.

Figures from DoneDeal, Ireland’s most popular motoring site also highlight the sustained upturn in the motor industry in 2016 with the volume of ads published in their Motor section increasing by 9.3%, represents a €5.4 billion in the value of goods advertised in DoneDeal's Motor Section.

Cathal Cremen, Commercial Manager of DoneDeal’s Motor Section, said; “2016 proved to be another exceptional year for DoneDeal in terms of traffic growth and adverts placed on the site.  Motoring again proved to be the most popular section of the site with 663,336 cars alone advertised on DoneDeal in 2016.

“A significant feature of DoneDeal’s success in 2016 was the 17% increase in the number of car dealerships now subscribing to DoneDeal.  This is very much a reflection of the commitment and investment that DoneDeal has been making to ensure we deliver a quality service for our clients.”