From despair to delight - a fans view of New York thriller 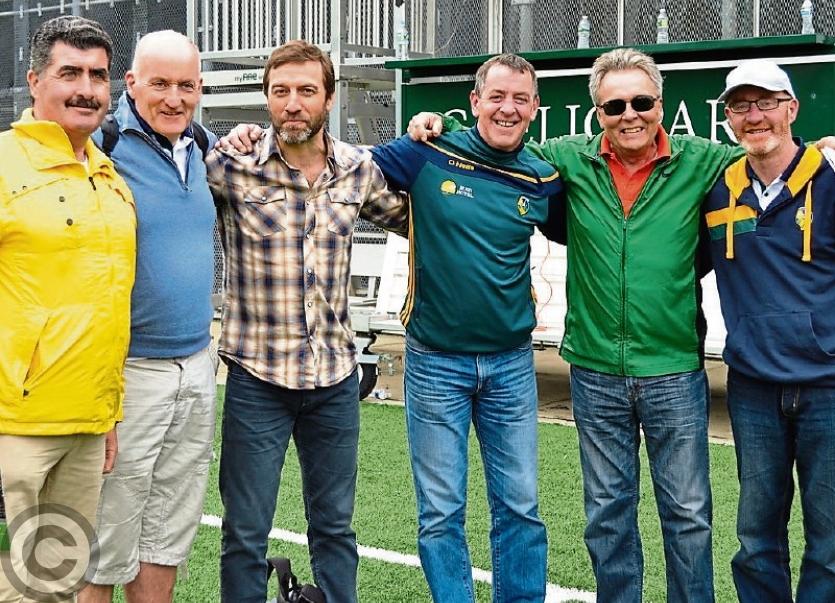 Leitrim's brush with unwanted history last Sunday in Gaelic Park had the entire country listening to the radio or following the match on social media.

And while Leitrim fans got a small taste of what it must be like to follow the Dubs or Kilkenny hurlers with seemingly the entire country wishing for a New York win, it was agony for Green & Gold fans as the match went down to the wire.

But what was it like for the Leitrim fans in Gaelic Park?

We're fortunate that former Leitrim player and well-known Leitrim Supporters Club official Eamonn Duignan from Mohill took the time to pen his recollections from Sunday's game on our Facebook page.

So you can read for yourself what it was like as Leitrim escaped from New York.

“I am sitting down for the first time after an incredible weekend here in New York. I feel the need to put on paper what happened otherwise some of it may be lost.

It included visits to Leitrim pubs in New York - Frank Dwyer’s and Rosie O'Grady’s, meeting Leitrim people here in New York who worked all their lives on behalf of their home county one way or the other. Meeting Seamus Clarke from Gortletteragh who played with me on the Lough Rynn Gaels U21 team in 1976 brought back special memories.

Visits included Central Park, Rockefeller Centre, Radio City Music Hall, seeing Carnegie Hall, Tiffany’s (we got no breakfast as it was fully booked), walking around this amazing city, admiring 63,000 cyclists from around the world as they cycled around New York on Sunday as part of a promotion to see the city by cycling. You can only fall in love with New York

The Leitrim GAA Night in Rory Dolan’s on Saturday night ,and the launching of a special fund raising scheme to bring the Centre of Excellence up to a standard that will be on par with any other facility in the country. Log on to www.irishap.org/leitrim-gaa if you are based in the USA or www.leitrimwall.com if you are based in anywhere else in the world

On Sunday, Gaelic Park was jammers, you could not move in it. New Yorkers were expecting their first ever victory in the championship. Luckily the temperature had fallen from 29 degrees when we arrived on Thursday to maybe 10-12 degrees today. This would suit Leitrim.

In my lifetime, I have played a lot of football, seen a lot of football and attended a lot of matches but I have never seen anything like this game in my life. Firstly the game started with the band playing two National anthems. New York miss two goal chances where in both cases they had two attackers and one defender and the final pass went astray

Leitrim upped their game and bring the half time score to 1-5 to 0-9 in favour of Leitrim and you felt we have their measure. In the second half, Leitrim led 0-15 to 1-11 with time almost up but New York equalised to force extra time.

In the first half of extra-time, Leitrim dominated but could not score, shooting four wides to one for New York. With five minutes gone in the second half of extra time, New York led 1-15 to 0-15 and Leitrim supporters were in despair and yours truly could not believe it.

The first game in Gaelic Park took place 90 years ago on this very day and boy were New York going to celebrate. The New York supporters were now singing NEW YORK NEW YORK

And then Leitrim lads made one final spurt scoring four points in the last five minutes of the second period of extra time to win the match by a point! Where did the last four points come out of because no Leitrim supporter saw it coming.

So you have got to admire this young Leitrim team because New York were bigger, stronger, older, some seasoned county players and our young players kept going and going and got what they deserve.

One player told me on the pitch after the game it was the best feeling ever he had on a football field. Well done to the players and the management team on a incredible game and a fantastic result.

A group of Leitrim supporters who flew over to New York for the match were heading on the Vegas for a few days. All their money is going to be on 19!

Finally, a huge contingent of Leitrim supporters attended mass in St Patrick’s Cathedral. The sermon message was ‘love one another’. Certainly someone ‘loved’ Leitrim today and it was about bloody time.