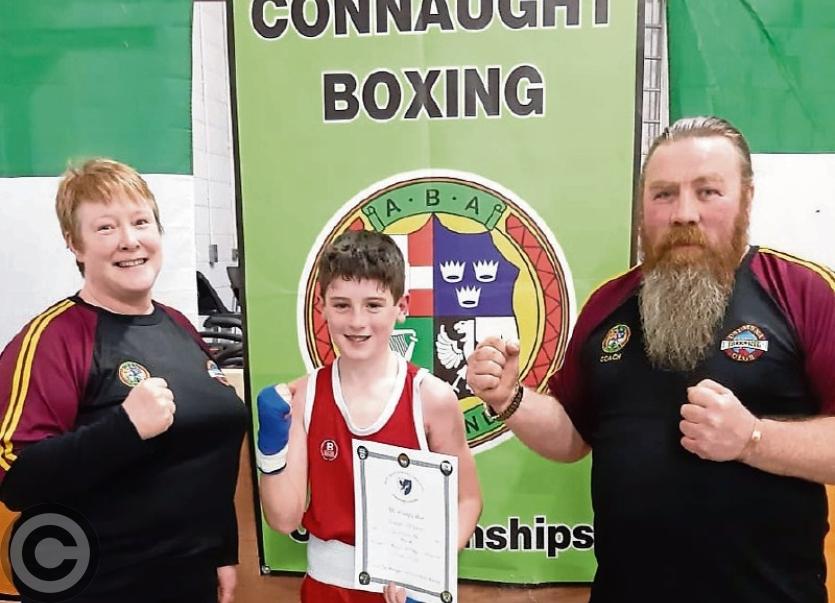 Drumsna local Joe McKeon made history this past weekend when his hand was raised in victory as the Boy 1 Schoolboy Connacht Champion at 41.5kg.

Joe who is a member of the Drumsna Boxing Club and only took up the sport a couple of years ago has amassed an impressive record of five fights with zero losses. And last weekend, Joe added to his 2019 titles of County Champion and Connacht novice champion to become Connacht schoolboy champion.

In last weekend's championships, Joe faced a huge hurdle in his semi final taking on Olympic boxing club Galway, meeting the boxer who was tipped to win this title.

Joe after taking a loss in the first round completely turned the fight around in the second and third rounds taking the fight to his opponent and keeping the pressure on with consistent strong, fast and straight punching. Finally having his hand raised in a 4/1 majority decision.

Joe moved on to meet Dominic Dunne of Aglish boxing club Mayo. Again he was to meet a vastly more experienced boxer from a very successful club. But Joe dug dip and meet his opponent with strength and consistency.

In a close battle that could have gone either way Joe was adjudged to have won on a 3/2 majority decision. And again his hand was raised as the victor and new Connacht Champion.

Joe is coached by the vastly experienced father and daughter team of Dermot and Sadhbh Greene. He will now progress to the All Ireland championships representing his club, county and province with pride.