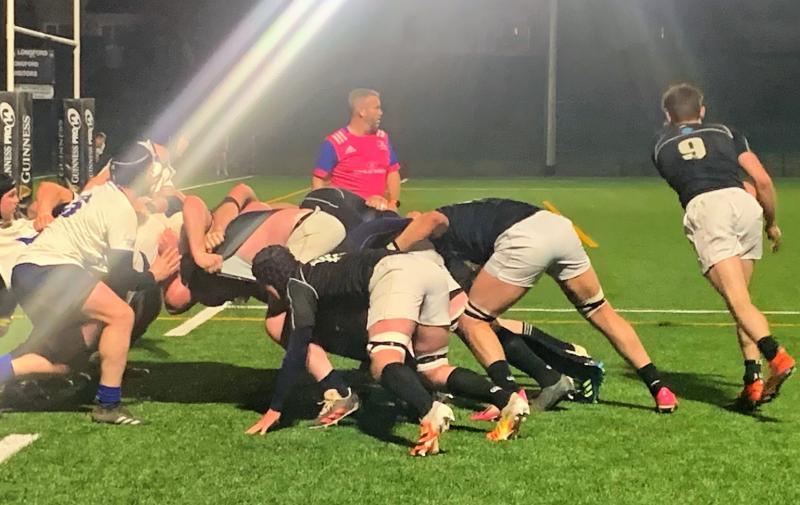 It was a good weekend in cup competitions for Longford RFC’s Senior Men with the 1st XV squeezing past a committed Edenderry side 26-22 to move into the quarter-finals of the Plate versus Boyne next Sunday at home in CPL Park.

Edenderry caused plenty of problems for Longford with their big runners making hard yards and their forwards and backs making rucks very messy. However, when Longford had the ball in hand and got it wide, they looked very dangerous, only for a handling error to undo the attack.

Indeed, Longford were trailing 7-15 at half time. Longford came back into it in the second half and cut out the handling errors, scoring three tries to eventually extinguish the tough challenge of Edenderry and give them another shot at cup glory next week.

Longford J2 Senior Men travelled to Cill Dara on Saturday to take on the hosts in the second round of the Provincial Towns Seconds Cup. Longford missing some regulars due to injury and unavailability called upon the services of some former under age stars who duly answered that call with aplomb.

Longford dominated the early exchanges with their pack playing well and roared into a 12 point lead, thanks to well taken tries from Daire O’Brien and Peadar Kenny and a conversion from out half Robbie Shaw.

However, some poor exit strategies led to Cill Dara scoring a try to leave it 12-7. A fantastic last ditch try saving tackle from Longford full back Shane Farrell was harshly judged to be high and a penalty try was awarded to the home team to leave the score 14-12 in favour of Cill Dara.

A great score from Simon Moorehead from a lovely cross field kick from Robbie Shaw moved the score to 19-17 in the hosts’ favour. Fine play from scrum half Owen McGowan saw winger Alan Armstrong going over in the corner to put Longford back in the lead, only for the hosts to hit back again to go 24 to 22 ahead with 20 mins to go.

Longford were under pressure inside their own 22 but a fantastic turnover and a lung busting run from his own 22 by Daire O’Brien led to a penalty try for the visitors and a yellow card for the home team.

By now the Longford lads were out on their feet with a number of the team having played for the 1st XV the night before.

Well into the 50th minute of the second half when Shane Farrell out sprinted most of the Cill Dara back line to score in the corner and seal a well deserved victory.

Longford 2nd XV travel to Naas to take on their third team in the quarter-final of the Provincial 2nds Cup on Saturday.

Longford Senior Women take on Wicklow this Sunday at 1 pm in the Second Round of the Paul Cusack Cup, all support would be appreciated.

Congrats to our Senior men’s captain Hubie Connolly who tied the knot on St. Patrick's Day. Wishing you and Melissa a lifetime of happiness.