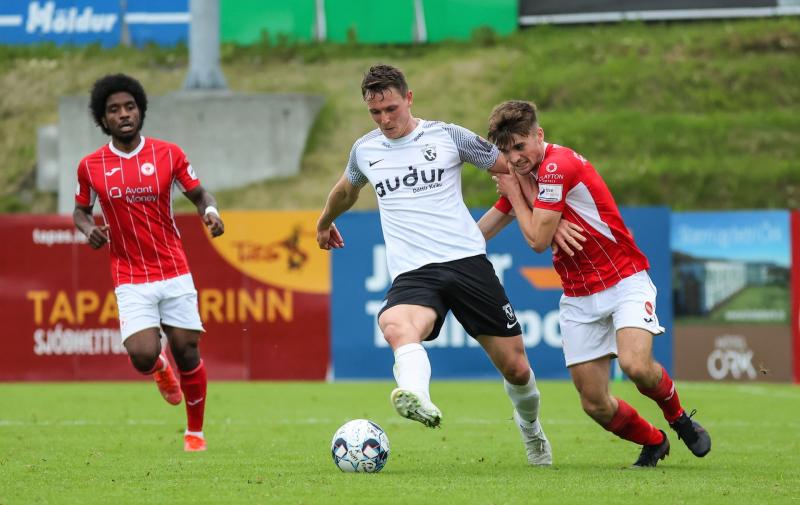 Sligo Rovers will have to overturn a one goal deficit in the second leg of their UEFA Europa Conference League first qualifying round when they host FH Hafnarfjordur next Thursday in The Showgrounds after they went down to a narrow loss in Iceland.

However, the Bit O’Red will have to do without captain Greg Bolger who was red carded 13 minutes from time before ex Dundalk and Rangers striker Steven Lennon struck for the game’s only goal to hand the Icelandic team the advantage ahead of the second leg.

Bolger's dismissal, on a second yellow card for diving on the edge of the Hafnarfjordur box on 77 minutes, proved very costly as did a missed opportunity from Jordan GIbson who missed a great chance just before halftime when his shot hit teammate Romeo Parkes and bounced wide.

The loss of Bolger for the second leg could be offset by the return of Johnny Kenny and John Mahon return after they missed the trip due to Covid issues.

Sligo got off to a decent start in a scrappy enough opening as a Parkes lay-off to Bolger sat up nicely just outside the penalty area in the 35th minute, but Faroes’ international keeper Gunnar Nielsen made a comfortable save.

Sligo created an opening when Parkes' clever chip found Gibson, who did well to control the ball only to lose his composure at the vital moment.

Bolger twice got Sligo out of trouble early in the second half as Hafnarfjordur countered, and he picked up a booking for the second foul just before the hour mark.

The visitors somehow failed to score 10 minutes later, when Gibson latched onto a Lewis Bank cross only for his effort to strike Parkes.

Seconds later, Banks would have scored with a free header, but the ball was just flicked out of his path - and Bolger's dismissal turned the last period into a rearguard action.