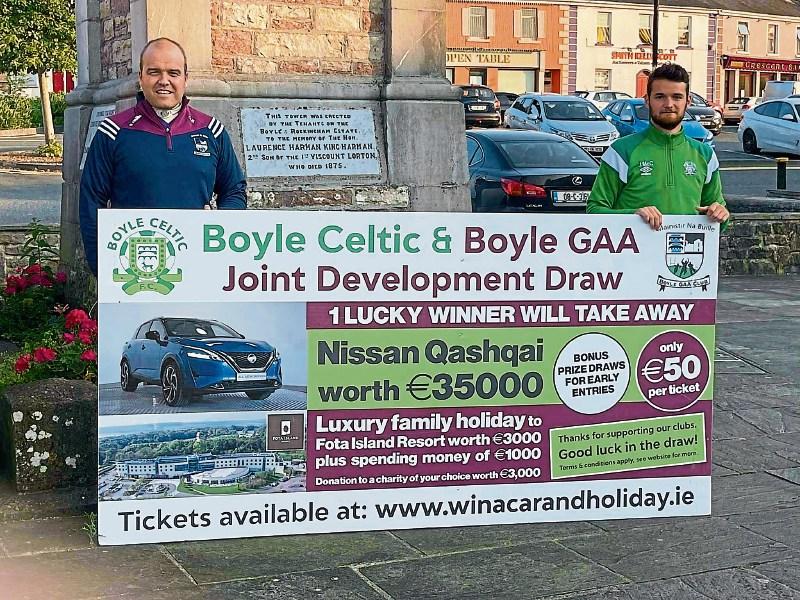 On June 3, Boyle Celtic FC and Boyle GAA launched an innovative ‘joint development draw’ for the purpose of raising funds for some badly-needed upgrading of their facilities. The goal was to sell 4,000 tickets, and three months later that target is almost within reach with just a few days remaining until the main draw is made.

At the beginning of 2021, both clubs were looking at ways to generate funds after the Covid restrictions had resulted in a strain on financial resources.

Boyle Celtic had seen their membership grow significantly in recent years, and plans were being put in place to build a 4G all-weather pitch to cater for the increasing demand. Boyle GAA had experienced a similar growth in membership, and were looking to improve facilities at Abbey Park to include a skills wall to cater for the new camogie and hurling clubs. 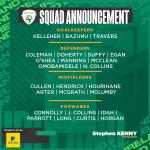 At that stage, the two organisations were developing their fundraising plans independently of each other. But when they became aware of the situation, a unique and historic decision was made to join forces rather than compete against each other.

This forward-thinking outlook reflected the strong mutual respect that existed between the two organisations, along with a willingness to work together for the betterment of the local community.

The two clubs have been overwhelmed by the response so far, particularly from all the locals who got behind the initiative in such large numbers. But also from the sporting community across the country and the diaspora, who have been so keen to offer their support.

Four lucrative bonus draws were held along the way. The first of them was won by a Dublin-based ticket-holder and the prize was a trip for two to New York. The other three bonus draws were won by entrants from the Boyle region and the prizes were a cruise on the River Shannon, a luxury spa break at a Hastings Hotel, and a ‘sports bundle’ that included two All-Ireland Final tickets and two tickets to a Manchester United match.

But the biggest prize of all has yet to be won, and there are still a few days left for people to purchase one of the limited number of tickets still available ahead of the main draw on September 5.

The main prize is worth over €40,000 and consists of a new Nissan Qashqai and luxury holiday to the beautiful five-star Fota Island Resort in Cork. The lucky winner will also be given €1,000 spending money to take with them on the trip, as well as €3,000 to donate to a charity of their choice.

The fact that the draw is limited to 4,000 tickets will also provide entrants with better odds of winning this fantastic prize. So with just a few days remaining, make sure to have your name in the drum for the exciting finale on Sunday next (September 5th).

Tickets are €50 each and can be bought online at www.winacarandholiday.ie, or from committee members of either club. You can also get in contact through each club’s social media channels on Twitter, Facebook and Instagram.