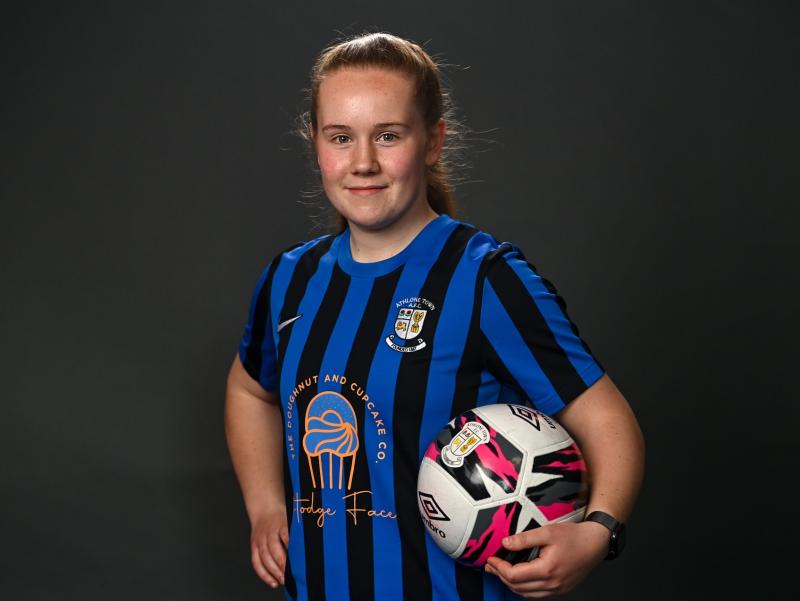 The news was announced last night by Athlone Town on their social media channels as the Manorhamilton Leaving Certificate student resigned with the midlands team for the 2022 season.

The Ireland u19 International commits to another season at the Town despite much interest from around the league. #ATAFC | #SignedFor2022 pic.twitter.com/tkPYVvvfCP

The Republic of Ireland U19 international has made a big impact for Athlone Town, earning several nominations for the Player of the Week and Team of the Week awards and, despite her tender years, has become a mainstay of the squad.

The Manorhamilton youngster also became a key member of Hugh Donnelly’s Leitrim side who reached the Lidl NFL Division 4 Final in June and the quarter-finals of the TG4 All-Ireland Intermediate Championship.

THE LAST POINT with John Connolly
ADVERTISEMENT - CONTINUE READING BELOW