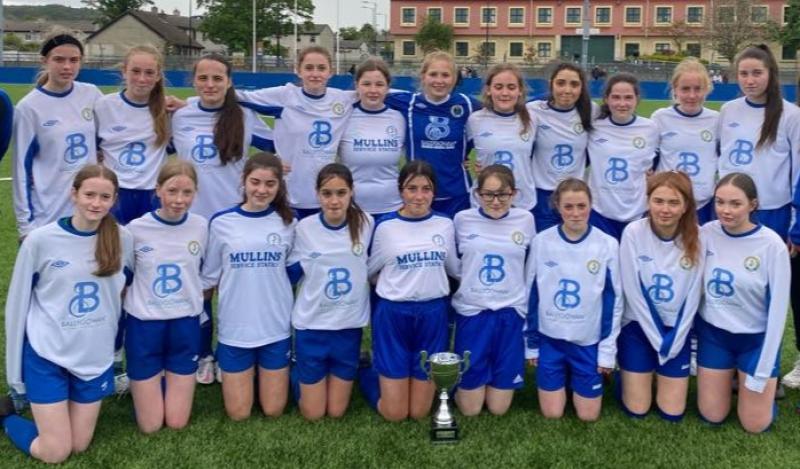 Manorhamilton Rangers finished off an eventful season in style in the Sligo Leitrim & District U15 Girls A Cup Final in McSharry Park on May 24.

Going into the final round of games it was going to be any one of four teams that would meet Boyle Celtic in the final. Boyle Celtic topped the group to go straight into the final with Manorhamilton securing third place with a great win in their last league game.

That set up a thrilling semi final clash away to Ballisodare with the Sligo team leading 1-0 at the break. However, Rangers turned on the style in the second half with two goals from Eve Caprini and one each from Grace Devaney and Sarah Mulvaney Kelly.

That set up a meeting with Boyle in the final and with both teams bringing great support with them, the final was played at a fast pace. Boyle had two clear cut early chances to go in front but it was Manorhamilton who took the lead after Megan Rooney’s shot was turned around the post.

From the resulting corner, Eve Caprani put Manor in front and a few minutes later, Sadhbh Maguire increased the lead to 2-0. The victory was secured 12 minutes from time when Sarah Mulvaney Kelly produced a great finish to seal the victory.

Cue the celebrations at the final whistle as the Manorhamilton girls secured their second consecutive Sligo Leitrim A title. A big well done to the Boyle Celtic girls also as they raised the bar this year and played their part in an exciting championship and final.

Best of luck to the girls from both sides that are representing Sligo Leitrim in the Gaynor Cup in Limerick in the coming weeks.

Four Leitrim players are members of the Sligo Leitrim U13 Girls team who defeated the Longford League to reach the Inter-League Final against Cork at the end of June.

Captained by Manorhamilton Rangers Grace Devaney and featuring Carrick Town’s Eibhlin Guckian & Orla Ryan and Dromahair’s Natasha Kelly, Sligo Leitrim won 2-0 in the semi-final having topped their group which included Donegal, Mayo and Clare before going on to beat the Metropolitan Girls League (South) in the quarter-finals 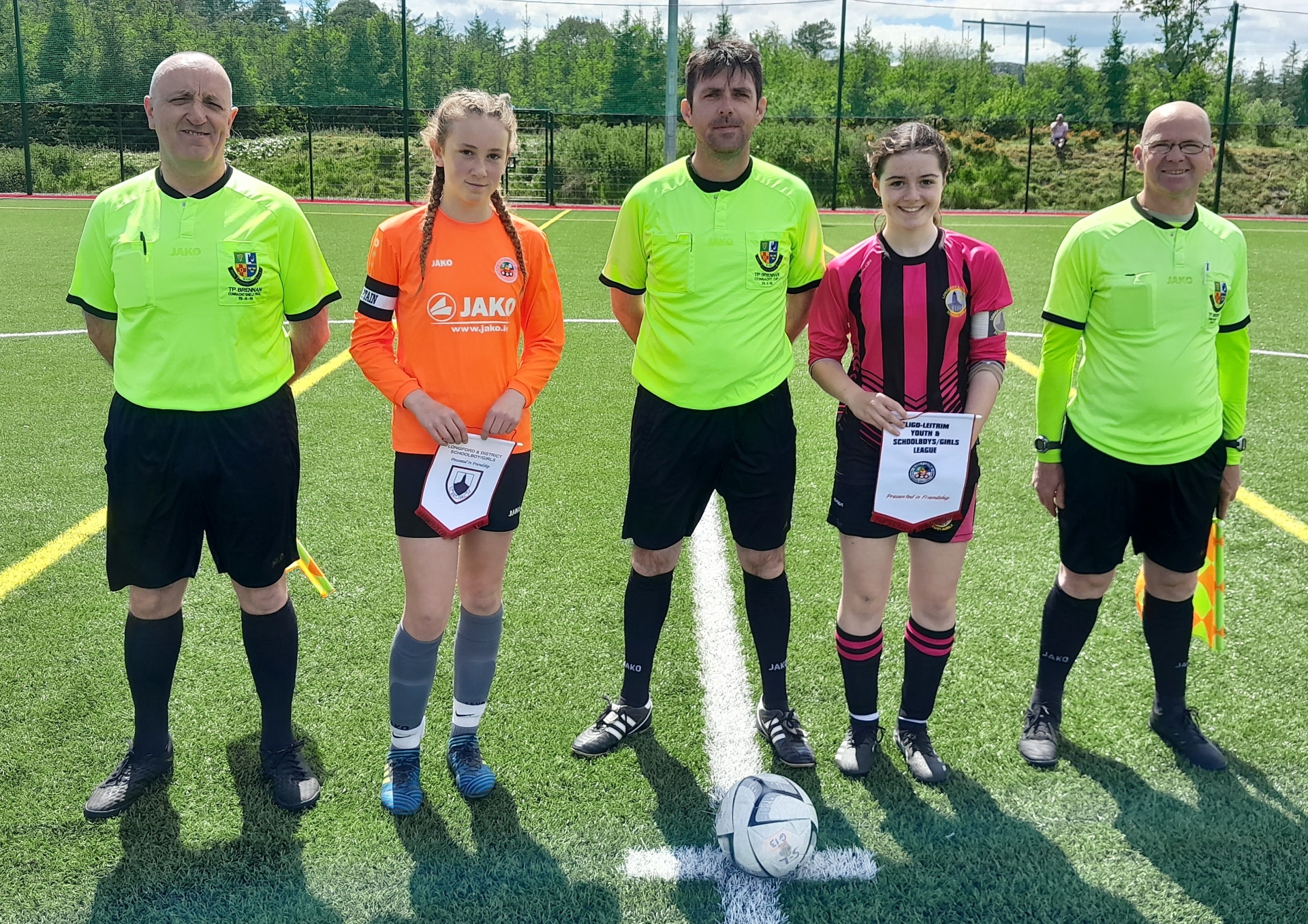