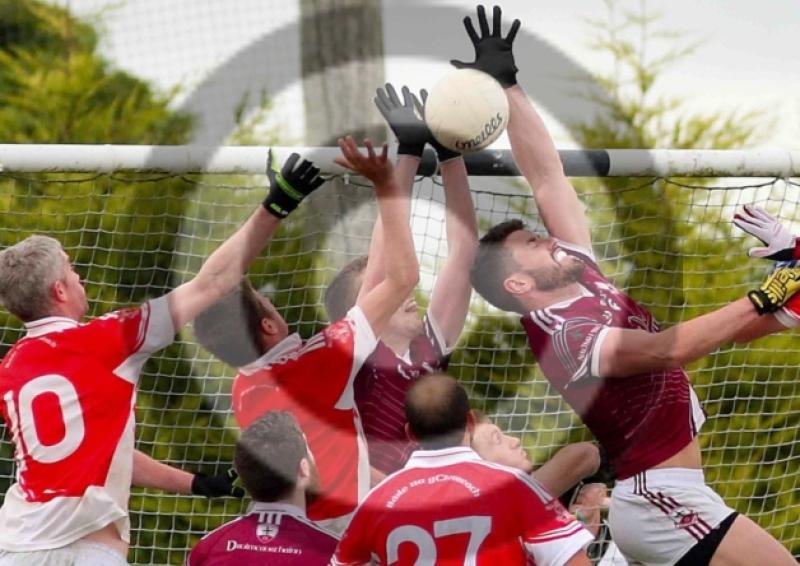 Action from last year's Intermediate Championship meeting of Ballinaglera and Drumkeerin. The Semi-Final has been refixed for

The meeting of Ballinaglera and Drumkeerin was postponed on Saturday afternoon in a bid to save the pitch in Pairc Sean Mac Diarmada for the remainder of the weekend’s games.

The refixed game will now take place in Cloone at 12.30 on Sunday afternoon with the Senior Relegation Final between Annaduff and Kiltubrid, which had been fixed for Cloone, now taking place at 12.15 in Carrigallen.

The postponement will have serious consequences for both clubs but for Drumkeerin’s Aidan Dolan, it comes with a big cost as the Drumkeerin wing-back, based in England, was due to fly back to the UK on Sunday morning but had to cancel his flight and rearrange it for a later time.

Sunday also sees Annaduff and Kiltubrid battle it out to remain in the Senior Championship for next year with the loser of the clash in Carrigallen (12.30 throw-in) making the drop to Intermediate.