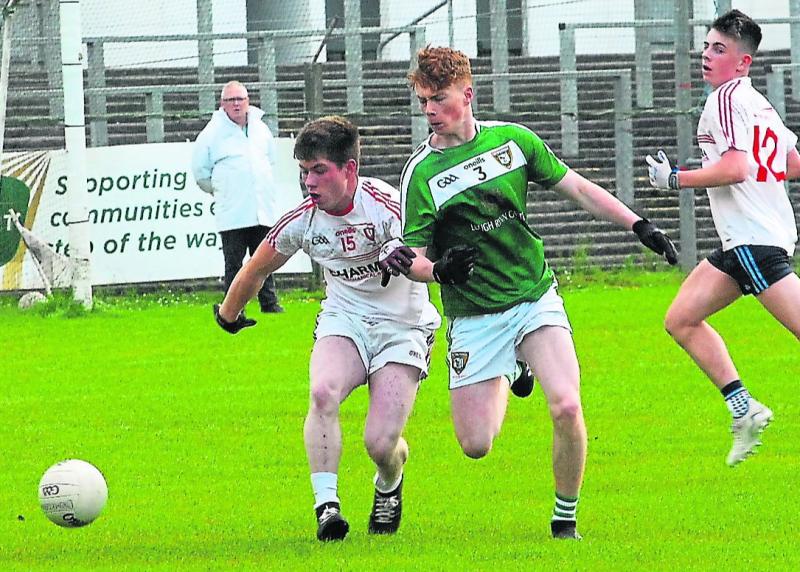 Designed to give players games at a time when the County minors are involved in the Provincial Minor campaign, the new competition featured some excellent contests but unfortunately not last Friday as Mohill took control early on and never looked in any danger.

Lough Allen Gaels, drawn from the Allen Gaels, Drumkeerin and Dromahair clubs, lacked the teamwork and familiarity of Mohill who, will they have players who will eventually line out with their native Cloone and Eslin, are used to playing with each other all the time.

It showed too in the team work demonstrated by Colin McNamara, Matthew Murphy, Jack Rowley, Liam Flynn, Michael Tiernan and Adam McGuinness as they never gave their opponents a chance of building any real momentum.

Mohill set out their stall early with Matthew Murphy seeing a shot hit the woodwork. Lough Allen Gaels tried to hit back but Thomas Gallagher dropped his shot into the keeper and when Colin McNamara showed good footwork to evade a defender, he fired Mohill into the lead.

Matthew Murphy then took over as he landed 1-2 in the space of seven minutes, one point from a free and a well taken goal just four minutes in. Christopher McPartland fired over a free and added a second on 12 minutes but the combination side were left cursing their luck when Thomas Gallagher audacious long range shot crashed off the crossbar.

Mohill went straight down the field and after Colin McNamara beat two Lough Allen defenders in the corner, he points to put Mohill five clear.

Mohill were starting to take control and points from Murphy (2) and a McNamara free left them eight points clear after 20 minutes. The lead should have been much greater when Mohill won a poor kickout but Matthew Murphy's accuracy deserted him as he dragged his shot wide across the goal with only the keeper to beat.

L0ugh Allen Gaels were struggling to get out of their own half and Mohill virtually put the game to bed with four more points before the halftime interval with Senan Curran, McNamara (free), centre-back Tomas Mayock and Evan Kilrane all firing over points that left them with a commanding 1-11 to 0-2 halftime lead.

The second half was much slower to get going with both sides hitting wides before an early exchange of points between freetakers Colin McNamara and Christopher McPartland got the sides up and running.

McNamara added two more points, one where he could have gone for goal but a goal did arrive but at the other end when Lough Allen Gaels won a free from a kickout. A quick delivery found Thomas Gallagher who finished well to the Mohill net on 44 minutes.

That provoked Lough Allen's best period of play as they added three points in the next ten minutes - McPartland put over a free, Gallagher scored after good work from Fionn Gilrane and McPartland hit his five free of the game.

McPartland also saw a shot well saved by Mohill keeper Luke Bohan who looked solid throughout. Again a goal did come but unfortunately for Lough Allen Gaels, Mohill grabbed it when they forced a turnover and Jack Rowley soloed in to fire the ball to the net.