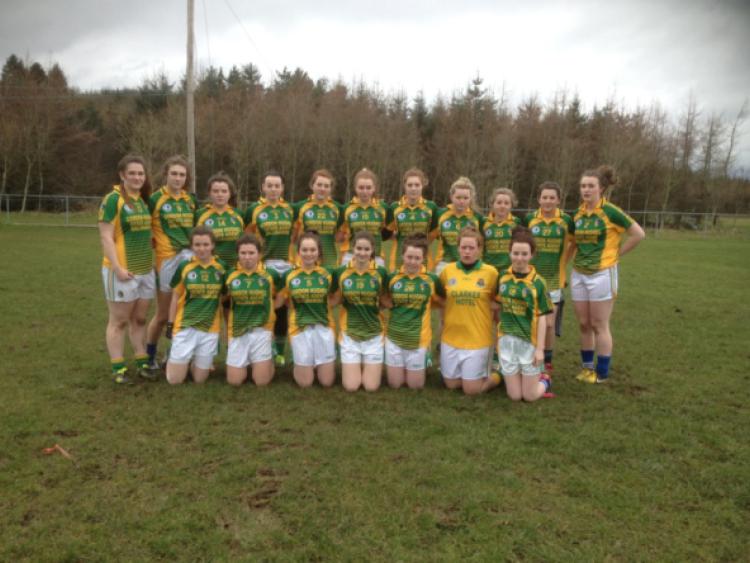 Leitrim suffered their first defeat in the Tesco Homegrown Ladies Division 3 campaign on Sunday when Wexford proved too strong in the second half.

Leitrim suffered their first defeat in the Tesco Homegrown Ladies Division 3 campaign on Sunday when Wexford proved too strong in the second half.

In a game dominated by a strong wind, Leitrim dominated the first half and led by four points at the break but they couldn’t hold out in the second period against the home side who prevailed by four points as Leitrim registered their first loss after four outings in 2014.

Waterford and Armagh both maintained their unbeaten records in the Division with big wins at the weekend, the Munster women demolishing the challenge of Longford by 6-15 to 0-5 while Armagh were equally convincing winners over Offaly, 3-14 to 0-3

Manager Martin Dolan will have to lift his troops for next Sunday’s visit to an Armagh team who looked to be one of the hot favourites for promotion before travelling to take on a Waterford side who also had a big win last weekend at the end of the month.

Aine Tighe got Leitrim off to a great start with a point straight from the throw-in but Wexford hit Leitrim with a sucker punch in the first minute when a ball over the top resulted in a goal for the home side.

Three frees from Tighe were matched by two scores from Wexford with Tighe swapping another point with the Model County side midway through the half to leave the sides level.

Leitrim got on top and two points from Aine Heslin were followed by a 25th minute score from Sarah McLoughlin and Aine Tighe brought her first half tally to seven points with two late frees.

That first half goal was to prove crucial for Wexford as it kept them in touch against the strong wind and they set about reducing Leitrim’s halftime lead of 0-10 to 1-3 early in the second half.

Four points in the opening seven minutes of the half drew Wexford level but Leitrim showed great heart as Martin Dolan’s team hit back with a point from St. Joseph’s Catherine Dolan on 43 minutes and another Tighe free two minutes later.

Wexford pulled back a point but it still looked good for the Green & Gold with seven minutes to go when Wexford pounced for their second goal of the contest, putting them two clear again.

Aine Tighe pulled back a point from a free, her tenth score of the day, as Leitrim threatened to snatch a draw but two injury time points gave Wexford the victory last Sunday.

The Leitrim Ladies Minor team got their 2014 Connacht Championship campaign off to a strong start when they defeated Sligo 2-13 to 1-6 in Ballinamore.

After a slow start against the wind, Leitrim pulled away in second half for a big win.

The first half opened with Aileen Maguire free followed by Sligo point from Sarah Curley. Aileen Maguire followed up with two more points, one from play, but Sligo finished stronger with 1-2 no reply going in at half time.

In the second half, Leitrim benefited from strong wind and scored 1-3 without reply, 1-1 from Maguire and points from Bronagh O’Rourke & Lorraine Heslin. Sligo hit back with three points but eitrim finished stronger with Shauna Plunkett scoring 1-1, Ailleen Maguire 0-3 and a point each from Carla le Guen, Eilis O’Dowd & Katie Kelly.