Terence dismisses favourites tag as Aughnasheelin focus on next game 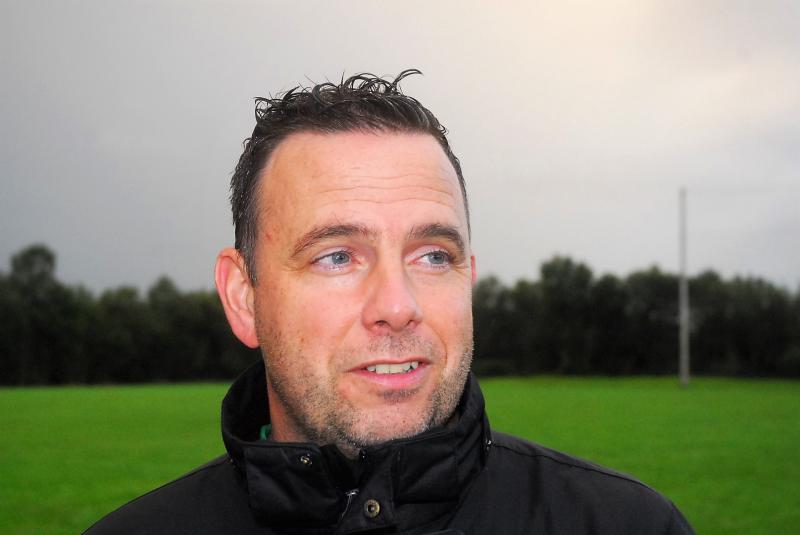 The buzz around Aughnasheelin in this year’s Smith Monumentals Intermediate championship is growing and having witnessed them comfortably see off the challenge of Drumreilly, it is hard to deny. But Terence Reynolds dismissed any talk of favouritism, preferring to concentrate solely on the next game.

“Favourites? No,” said Terence when asked about people anointing his Aughnasheelin team as favourites for the title, before adding “We’ve just got another game in two weeks time and that’s the way we look at it. The way we’re looking at it, three games down and one to go.

“The next game is the most important one to us, not a quarter-final or a semi-final or whatever that may be but the next game.”

Declaring himself happy with the victory, Terence saw plenty to work on: “We’re happy because we weren’t brilliant in the first half. We had a good enough start, went six-one up at one stage, gave away a bad goal and they followed up with a couple of scores to go a point ahead.

“At that stage we got a black card, it didn’t look good but the boys reacted unbelievable from there on. We went in a point up at halftime and for six or seven minutes when we were a man down, we stretched that lead out to four or five points.

“I was very, very happy with the workrate - our decision making can improve, we were full of technical errors, stray hand or foot passes but our intensity and workrate off the ball was brilliant.”

Terence stressed the quality of the opposition facing his team: “Drumreilly aren’t a bad team, they were favourites going into the Intermediate championship last season and because they were shocked in a quarter final and this season, they hadn’t a great league everybody seems to write them off.

“But any time you come down to Drumreilly for a championship game and come out with a win, you’ve done well. They are no bad side, they have threats everywhere, they are physically strong in the middle of the field, they worked hard everywhere and have scoring threats inside so  we knew that we had to give our best performance of the season to win it.”

Despite injuries to Conor Cullen, Philip Dolan and Cian Sammon, Terence is thrilled with the strength in depth in his squad: “We are missing three key men, there is no getting away from that - your full back, your full forward and what you’d call your link man which Cian is.

“But we’re not a three man team, we’ve a squad of 23-24, a very tight knit group and we’ve quality in every line. We’ve good quality defenders, a strong midfield and quality up front and I think we’re still a decent team without the lads because the rest of them are stepping up that extra five or 10% every night we go out but we can’t afford too many more injuries.”

As for the rest of the campaign, Terence refuses to contemplate any scenario: “This intermediate championship is the hardest one to call because you have teams that have come down from senior trying to get back up, you have teams that have been down here for a couple of years that are building and teams that come up from Junior that are going to try to keep their momentum and keep winning so it is very hard to predict.”