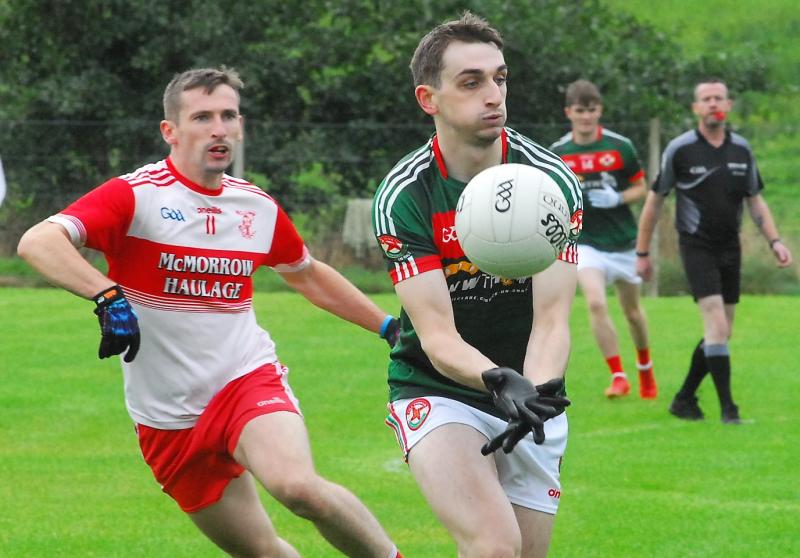 It is truly amazing how a team's fortunes can change in an instant, a feeling reinforced by the action in last weekend's Smith Monumentals Intermediate Championship.

We head into two fascinating Quarter-Finals next Saturday in Avant Money Pairc Sean Mac Diarmada and much of what we thought we knew last Saturday evening was torn up by what happened last Sunday afternoon. 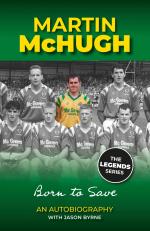 Win a copy of Martin McHugh's brilliant autobiography "Born to Save"

Aughnasheelin, so impressive in their first three games, had their first loss of the campaign against Allen Gaels but may have suffered a more serious blow when Leitrim star Ciaran Cullen was forced off early in the first half.

Drumkeerin & Kiltubrid came through high pressure situations when prevailing in winner takes all clashes against Drumreilly and Ballinaglera while Bornacoola's away travails continued as they fell to a nine point defeat at the hands of Aughavas.

It all adds an air of uncertainty and drama ahead of the quarter-finals as the four teams look to join Annaduff and Allen Gaels in the semi-finals. Below we take a look at the two games next Saturday:

Hard to know how this game will go but much depends on whether Ciaran Cullen is fit. The Leitrim star has been a force of nature for Aughnasheelin this year and it is no exaggeration to say that everyone in Aughnasheelin will be praying that he is fit to play.

Cullen is central to his team's hopes but that would be to overlook the impact Fintan Fitzpatrick is having week in, week out. Having overcome his own injury issues, Fitzpatrick landed 12 points last weekend as he is very much the sharp edge for Aughnasheelin.

Bornacoola are somewhat of a mystery - they beat Kiltubrid and Ballinaglera at home and lost out to Aughnasheelin in the second round. They are capable of running up big scores and in Damian Moran, they have a player with the ability to cause huge damage to any opposing defence.

If they can reproduce their home form, Bornacoola have a young team who could cause a surprise but the scale of their loss to Aughavas won't have helped their confidence as they go into this one, although, it has to be said that with nothing really to play for, the Bors may not have been fully motivated by last Sunday's game.

They will be on Saturday and if they get the goals, they can cause an upset but you have to think that Aughnasheelin have too much power in this one.

Now, how do you call this one? The teams shared a draw in the group stage, a controversially retaken free allowing Kiltubrid grab a share of the spoils at home and both teams will feel they are capable of so much more.

The teams have identical records but Kiltubrid have a better scoring difference of plus eight to Drumkeerin's minus five but most of that gap is  down to Allen Gaels' 11 point victory in round one and you get the feeling that Drumkeerin have definitely found some momentum since then.

The Division 3 meeting between the teams offers no further clarity as they drew 1-7 apiece, again a game held in Pairc Cil Tiobraid so maybe Drumkeerin will draw a bit of inspiration from the fact that Saturday's game is in Avant Money Pairc Sean Mac Diarmada.

Who the bigger pitch in Carrick will suit is hard to tell as both have forwards who prosper in space. Kiltubrid have a very mobile and impressive counter-attack and in the O'Briens, Stephen McLoughlin, Conor Prior and Mick McCormack, they have players who can break at pace.

Drumkeerin have the edge in experience but the younger and fresher legs of Kiltubrid are going to be hard stopped. I'm leaning towards giving Kiltubrid the kiss of death but a Drumkeerin win wouldn't surprise me at all and neither would extra-time or penalties - it really is that close!