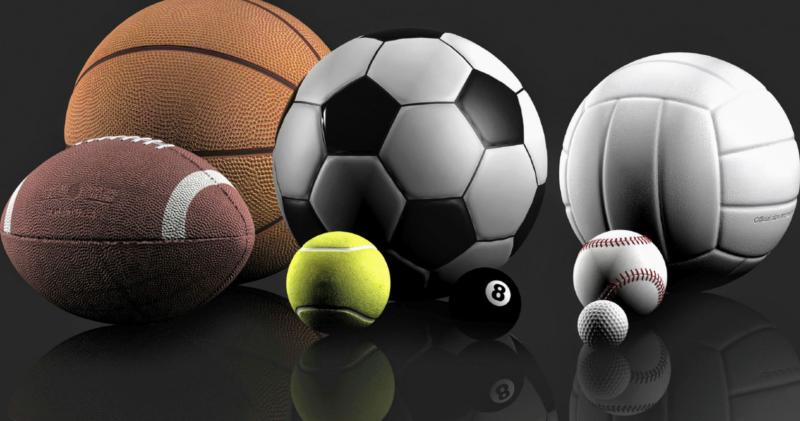 How do you get to Carnegie Hall? Practice! It's an old joke but a good one that sprung to mind last week when a little snippet on Twitter revealed some pretty stunning conclusions regarding the early specialisation mantra that has seemingly taken hold of every sport.

Most of you will have heard about Malcolm Gladwell's 10,000 hour rule in some form which asserts that the key to achieving true expertise in any skill - be it kicking a ball or striking a sliothar, playing a piano, running at  a high level, putting a  basketball through a hoop or even dancing - is simply a matter of practicing for at least 10,000 hours.

Sounds simple doesn't it but it comes with a caveat that the “practice” must be done in the correct way and in his book “Outliers”, Gladwell (himself a former underage running prodigy and still a fair nifty mover who busted out a 5.15 mile at the age of 57) produces some compelling evidence from a bewildering array of fields  that the 10,000 hour rule is the key to achieving success, or expertise at he puts it, in any chosen discipline.

I haven't read the book but  Gladwell's 10,000 hours rule and his  assertion that “Practice isn’t the thing you do once you’re good. It’s the thing you do that makes you good” has been interpreted by some, maybe even twisted, into the belief that the earlier you get started into your 10,000 hours of practice, the more chance a young child has to becoming a star or expert in their chosen discipline.

Gladwell himself asserts that family, culture and friendship are all critical in any individual’s success but that doesn't  grab the same attention as the 10,000 hour mantra, something I'm sure the author never intended but the notion is floating out there that if you want your young son or daughter to play for Leitrim, then you're much better off getting them to concentrate solely on gaelic football from a young age at the expense of every other activity.

It's a concept I've always had trouble with even if, as an athletics coach, I've torn what little hair I've had out when my young charges see their seasons ended by injuries sustained in other sports. Once an  athlete I coached, picked to represent Ireland no less, missed out on that fabulous honour when he played in a minor match and pulled his hamstring - there went his one and only chance to wear an Irish vest so I  can see the appeal of youngsters concentrating on just one sport from an early age.

You want to develop the talent at your disposal without distraction but, and here's the but, the bigger picture has always got to be what's the best for the child and even if we know of  stars who were obsessed by their chosen discipline to the exclusion of all else from a young age - and let's be honest some sports like swimming and gymnastic demand an almost monastic existence at a very young age -  it is not that hard to find examples by the bucketload of those who weren't, both here in Leitrim and further a-field.

Manorhamilton trio Muireann Devaney, Ailbhe Clancy and Dearbhla Rooney  fit the bill - their prowess at gaelic football is well known but  both Muireann & Ailbhe have represented Ireland on the soccer field while Dearbhla won medals  in boxing at European & Olympic level and played for Glencar Manor & Leitrim.

Mention of soccer leads to Shane Long who might be most famous for his exploits in a Green shirt and for Reading and Southampton but the hurling community in Tipperary were heartbroken when he lay down his hurl and the athletics aficionados equally distraught when Long, an underage international,  gave up the hurdles, both  short and long.

Leitrim's own Niall Morahan dabbled in athletics and gaelic football with Allen Gaels before concentrating on soccer with Sligo Rovers and Ireland, while Eanna Madden, newly announced as the lead physio for Andy Moran's senior footballers, didn't take up sprinting properly until he was 17 and went on to play rugby sevens for Ireland, gaelic football for Leitrim & Mohill, hurling and basketball - all after he discovered his sprinting prowess.

Current Leitrim senior stars Keith Beirne and Mark Plunkett were accomplished soccer players while Shane Moran could have been a star for Leitrim hurlers. David Bruen & Ryan O'Rourke were superb runners while young Paul Keaney was pretty impressive with a basketball by all accounts. I could go on and on but there is ample proof out there that playing different sports is not just helpful to whatever your main sport may be, it could actually improve it.

I know I'm biased when it comes to athletics but if I had advice for an ambitious young footballer, it'd be to get involved with an athletics or basketball club over the winter - many a footballer has been laid low by poor  mechanics so that's where the running comes in and there isn't any better sport for teaching you how to see a pass in a crowded area than basketball and both would keep you fit over the winter.

I'd go so far as to recommend a closed season basketball programme for any adult football club out there - it's better than slogging through the mud in the depths of winter and ask anyone who has ever played a basketball, it gets you incredibly fit.

There does comes a time when you have to pick and choose - it nearly broke Kevin Moran's heart when he swapped the Dubs for Manchester United and Ireland but nobody, apart from a few diehards, can say he made the wrong choice.

The tricky thing is finding that point and although the 10,000 hours rule seems to suggest that the earlier you make that leap, the better, new research conducted among over 6,000 athletes worldwide suggests the opposite as the heading the paper quite clearly tells us: “What Makes a Champion? Early multidisciplinary practice, not early specialisation, predicts World-class performance”.

I'm not going to bore the life out of you by quoting a scientific study that analysed 51 international studies, including 772 of the world's best performers, but here are some of the highlights!

Those who made it world class:

Those who performed well when young but didn't progress to world-class:

Just consider those findings - those who specialised at a later age had a better chance of reaching the very top of their sport. The study comes to the same conclusion in other fields with the quite startling line that “Nobel laureates had multidisciplinary study/working experience and slower early progress than did national-level award winners” perhaps exploding quite a few myths that hang around about education.

For world class in a GAA context, I'd imagine you can substitute All-Stars or All-Ireland winners or even inter-county but the evidence is there - David Clifford was an accomplished soccer player, Brian Fenton and Paul O'Connell both excelled in swimming, a sport far removed from the combativeness of gaelic football and rugby respectively but swimming probably gave both men an outrageous aerobic engine.

Now we have the evidence, what do we do about it? In so far as Gladwell's 10,000 hours rule was misinterpreted, does this new research mean we encourage youngsters to play as many sports as they can and engage in as many different activities like music and science as is humanly possible?

Well, yes is the simple answer - only it is not that simple.

Most sports have  advocated high performance development squads and you can't blame them, especially the professional sports who are a business after all but we've all heard of youngsters being told they've got a choice to make at 13, 14 years of age.

That approach often backfires - better to have a happy athlete experiencing different challenges that they learn from and  can  take back to their chosen discipline than the other, more common option, where the promising young talent is smothered by  whatever  sport they decide to concentrate on and by the time they hit their 20s, they are no longer involved or never achieve the potential they displayed at a young age.

All I know is that there are no guarantees in sport - we can make educated guesses on what kid is going to be a star but life, school, injuries and so many other factors come into play to turn what looks like a sure bet into another sad case of unfulfilled potential.

I used to lament when a promising athlete defected to other sports but over the years, I came to realise that the end goal should be that as long as they are playing or competing in some sport,  we're all winners. So if experiencing multiple sports  produces the next Sonia or Katie or Gooch and the vast majority of kids enjoy their time in sport and continue to compete well into their 20s and 30s, that is real winning in my book!