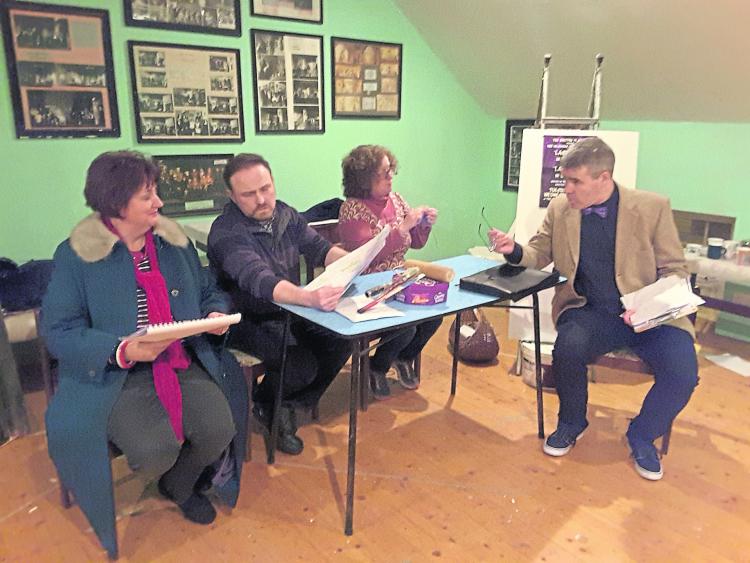 This Christmas season sees Breffni Players take on and adapt one of the most successful short comedies ever produced for the amateur stage Last Tango in Carrick and Last Panto in Carrick.

These two One Act Plays, by David Tristram is a story of an Amateur Dramatic Society which is in trouble. The membership has dwindled to four - the audiences aren't much bigger - and if they don't come up with some rent money soon, they're going to be thrown out. "There's only one thing that sells tickets these days" argues Gordon the Chairman!

Thus begins the chaotic and hilarious build-up to an evening of extraordinary home-grown drama - an evening the locals would never forget!
Directed by Pat Reid, Last Tango in Carrick and Last Panto in Carrick will be performed in The Dock on Tuesday, December 20 and Wednesday, December 21 at 8.30pm. Booking at Dock on (071) 9650828. Admission €15/12