Rare old footage of Leitrim to go on show in Kiltyclogher 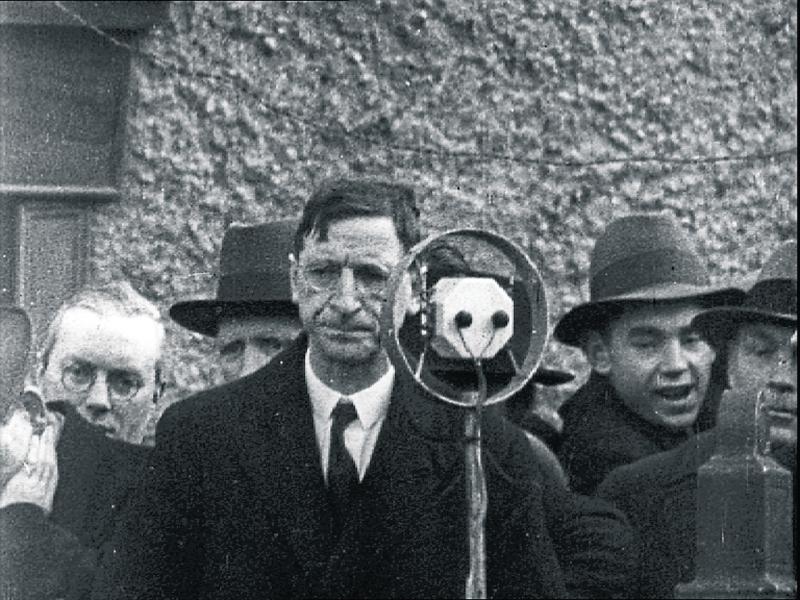 An enthralling evening in Kiltyclogher this Friday evening, May 24 will reveal rare footage of Leitrim and Fermanagh.

At 8pm, the Irish Film Institute brings Local Films for Local People to Kiltyclogher Community Centre for an evening of films featuring both counties.

The programme will include rare newsreel footage of the Battle of Belleek in 1922; film of An Tóstal celebrations in 1953 Drumshambo; a film from Radharc about the introduction of water pipes to Aughnasheelin in 1968; and the beauties of Belleek Pottery in 1977.

The evening will finish with a ciné-concert of the striking The Farm Below the Mountain (1958), a film made by Scotsman Ernest Tiernan of his Leitrim honeymoon with his young Cornamuchlagh bride as she visits her family; the film will be presented with live musical accompaniment by local musicians Patrick Carayannis, Rodney Lancashire and Seamus Hernon.

The free Kiltyclogher event is supported by the European Union’s Peace IV Programme managed by the Special EU Programmes Body (SEUPB). It will take place in Kiltyclogher Community Centre and mark the inauguration of new film screening and projection facilities which have been provided through the Shared Spaces project of the Peace IV programme.

The Peace IV programme is delivered in Leitrim by Leitrim County Council and is supported locally by a cross border community project delivered by Kate McCarthy, Community Arts Engagement Worker with Leitrim Development Company.
Commenting on the event, IFI Head of Irish Film Programming Sunniva O’Flynn, said, “When archival colleagues have done such a fine job in preserving our film heritage, it is rewarding to present that heritage to the communities with which it resonates most strongly.

“Audiences are attracted to the shared cinema experience and by the exciting possibility of seeing themselves on screen. Their feedback greatly enhances our understanding of the films and the contexts in which they were made.”

The Irish Film Institute is delighted to bring films from the IFI Irish Film Archive to communities across the country.

These specially curated programmes of local interest films are presented in cinemas and arts centres around Ireland, providing easy access to our national film heritage for a broad range of audiences.

As always, the programmes include both professional and amateur films documenting all aspects of Irish life including education, agriculture, music, tourism, industry, sport, music and much more.