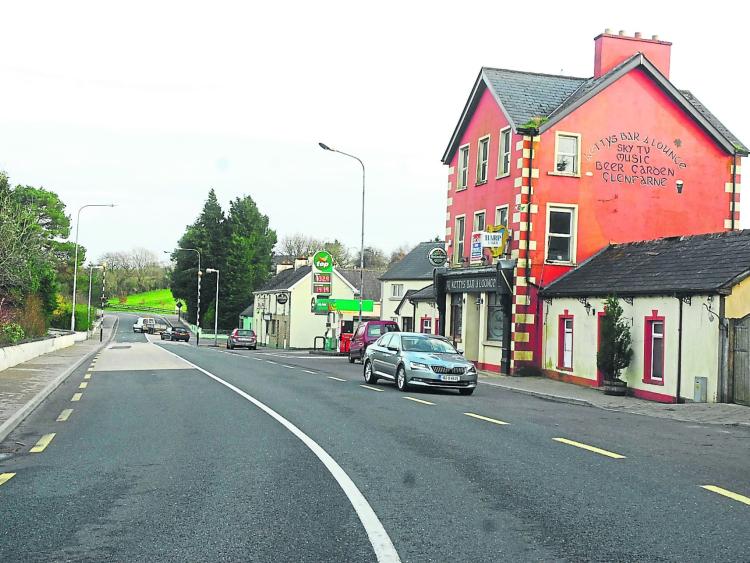 Glenfarne may be a small village, nestled in the hinterlands of North Leitrim, but it has made and continues to make its mark on the national arena.
Just over a week ago Minister for Transport, Tourism and Sport, Shane Ross took a turn about the iconic floor of the Rainbow Ballroom of Romance with the leader of the Democratic Unionist Party (DUP), Arlene Foster. An unusual pairing? Certainly, but they aren't the only ones to have fallen under the spell of Glenfarne. 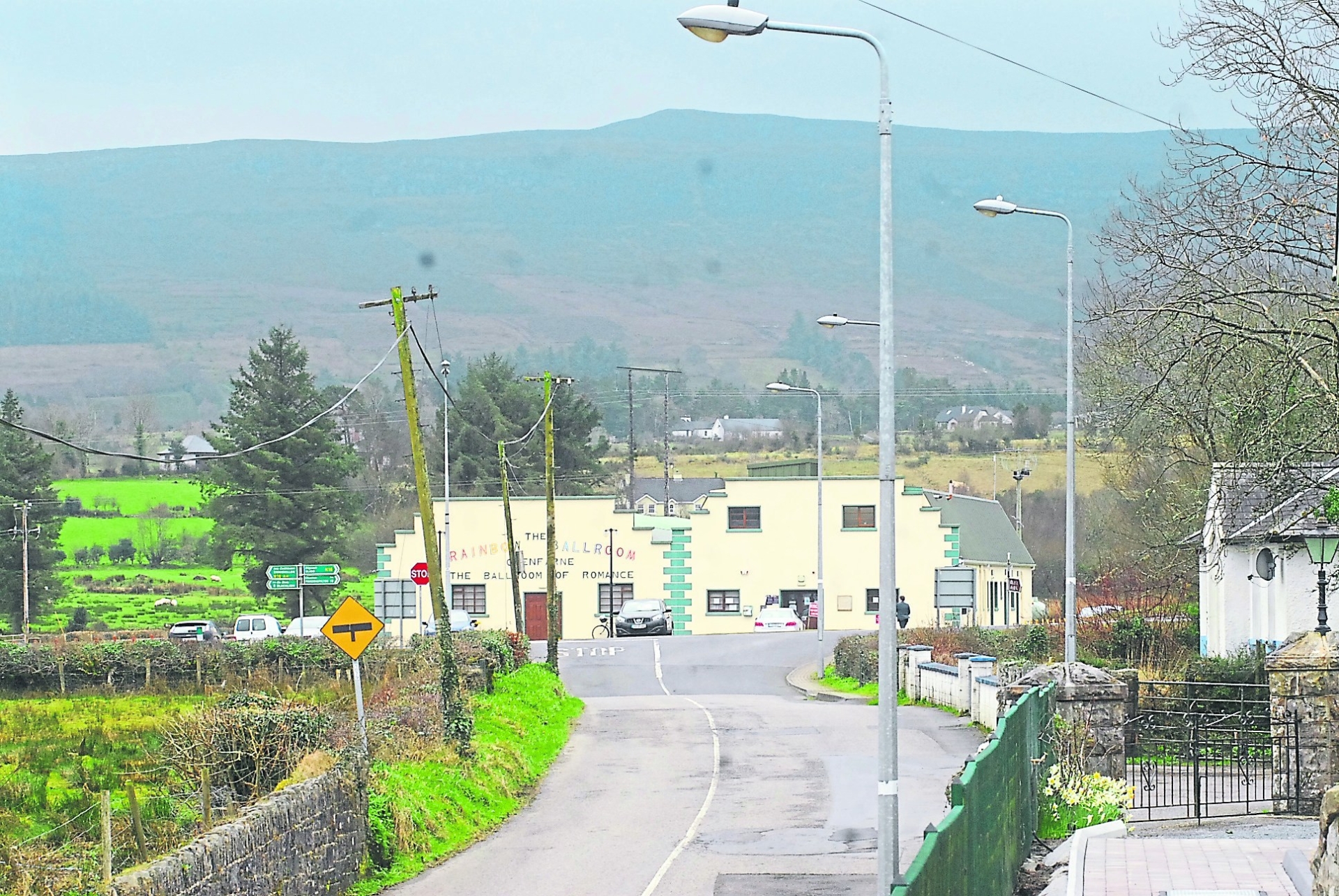 The iconic Ballroom of Romance.

Sheila O’Keeffe was born and raised in Upper Glenfarne, “there is a difference from Lower Glenfarne” she laughingly confides.
After working and living along the east coast for most of her life, she opted to return to her native Glenfarne to retire.
“When I came to retire I couldn’t think of anywhere I’d rather be than Glenfarne,” said Ms O’Keeffe.
“It has everything a person could want. I am a big hill walker and there are lakes and mountains and beautiful surroundings here. I am a part of the Holey Soles Hill Walking club and I have also joined the Glenfarne development committee and I am vice-chairperson,” she said, adding this has all been a “great way to contribute to the community and to help promote community life and tourism in Glenfarne.”
“I was delighted to see Glenfarne included in Ireland’s Hidden Heartlands tourism area - I think that’s what this place is, a hidden tourism gem. I hope that more and more people come here to the Rainbow (Ballroom of Romance) and to the wider Glenfarne area. They don’t know what they have been missing!”
Of course, people have been coming to Glenfarne for generations - drawn by the famous Rainbow Ballroom of Romance dance hall and the promise of a little romance - or at worst, a lift home after the evening is over.
Both Ms O’Keeffe and Mary McLoughlin remember the excitement of heading out for a night of dancing at The Rainbow.
“I used to love coming here. I remember coming here to dances on Tuesday nights when I was still at school,” said Mrs McLoughlin.
Ms O’Keeffe laughs as she remembers how all the men headed to mirrors on one of the walls to fix their appearance after they cycled to the dance. “Then the men would line up along one wall and the women along the other and it would be like the charge of the light brigade as the men tore across the floor to grab a partner as the music began,” she observes.
“You didn’t know whose hand would grab yours, you just hoped you'd end up with someone decent looking!”
Of course with so many young people without cars and few public transport options, most either walked, cycled or hitched lifts to the dance.
“It was very important that at least one of you would find a fella with a car by the end of the night so you and your friends could all get a lift home,” said Ms O’Keefe. 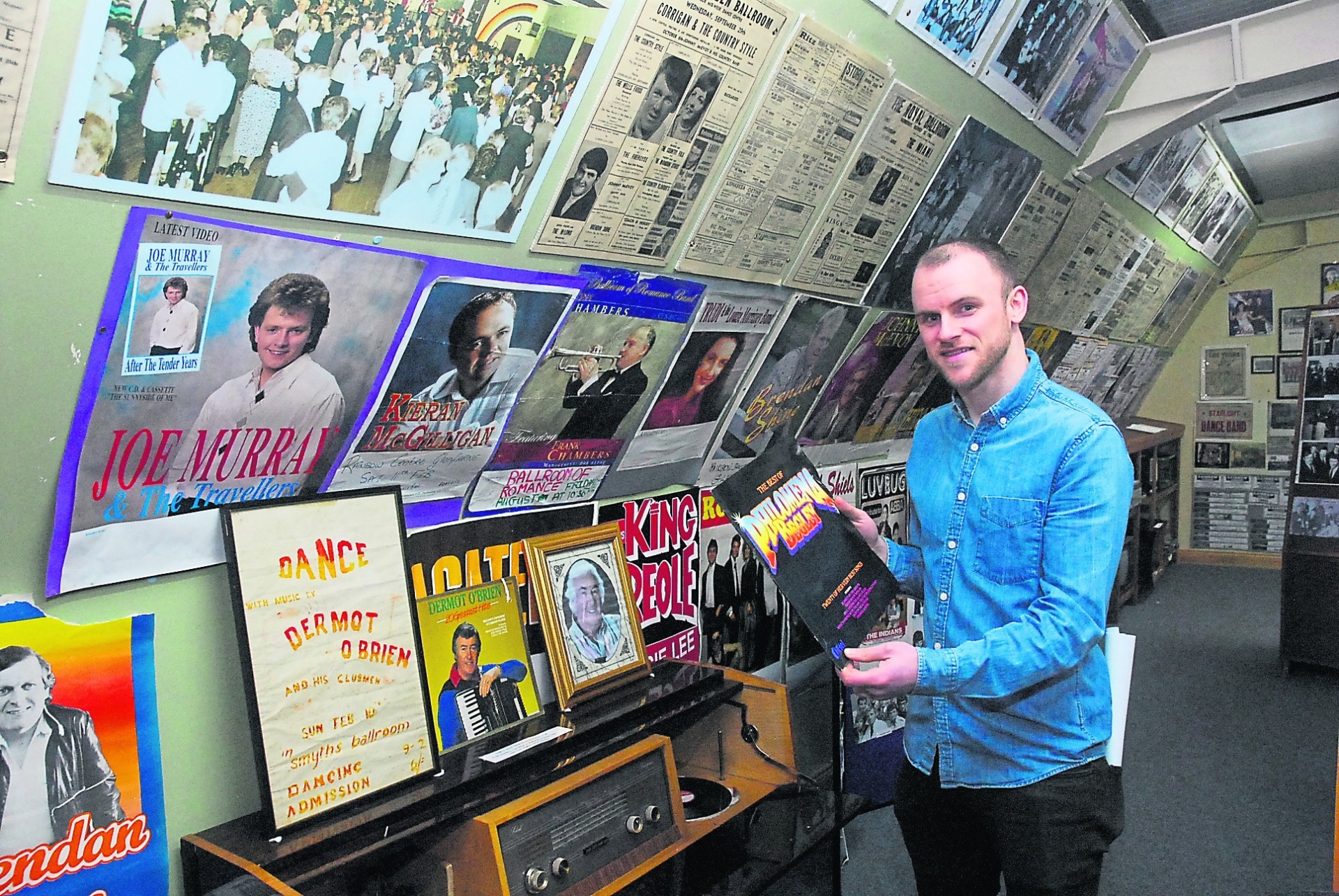 The new manager at The Rainbow, Ballroom of Romance, Niall Speak, is pictured in the showband museum.

A new lease of life has been given to the historic ballroom with major renovations carried out internally and externally over the past few years. Work has included the addition of a museum honouring the founder of the Ballroom of Romance, John McGivern and charting its involvement in the showband scene from its opening in the 1930s, right through to the 1980s.
Last week, newly appointed manager, Niall Speak, took over the reins of The Rainbow.
Coming from a previous position with Strokestown Park House, he is excited by the prospect of bringing Glenfarne’s ballroom into a new era.
“This is a place so close to many people’s hearts. It is amazing to see the names of the those who have played here down through the years and to hear the stories from people,” he said.
“I am really looking forward to the challenge of bringing a whole new generation back to The Ballroom.”
This new lease of life is also being seen just a short distance up the road in the former Glenfarne Railway Station.
Francis White and his family not only took on the historic station, they renovated it, extending the building and reopening parts to the public each summer.
The station was opened originally in January 1880 and served as part of the Sligo Leitrim Northern Counties Railway line. It was also the home of the customs and excise men and the first stop for checks this side of the border for passengers. A quick perusal of customs records show seizures of butter and other goods including, of all things, a pair of socks.
“I bought this (the station) in 1995 and we started renovation works. I moved in with my family in 2000. I even found references to my maternal grandfather in some of the transport documents relating to this station.”
Donations from local people and railway enthusiasts along with the sympathetic restoration of the original waiting room area, have created an atmosphere which takes you right back in time.
“We have people coming here from England and Northern Ireland and from parts of Europe to see the station. This is the station where Sean MacDiarmada (1916 signatory) left Leitrim for the last time in 1915 and we have an inscription to commemorate that.”
Just a short distance up the road is Clancy's of Glenfarne - a shop, guesthouse and restaurant. The business is run by Jim Clancy and his wife, Assumpta .
Their business is a bustling part of the local community, attracting residents and tourists alike.
“We’re already booked out for the Easter weekend for the Hill Walking Festival,” he notes adding that a growing interest in genealogy and 'completing the family tree' has also brought a growing number of tourists to this area in recent years.
“We had a lady from London recently who found she had connections with Dowra and she has already booked to bring her family back in August.”
Mr Clancy is clearly proud of the area and delighted to see investment in Glenfarne’s amenities and properties.
“I think people’s expectations are high when they come to an area and you have to meet those expectations when you are dealing with the tourism market. We have hillwalking, fishing and now the greenway with the possibility of more. The whole slow tourism concept, that’s what is working for this area.”
Just across the road is local publican and photographer, Ben McHugh. His maternal great-grandfather took up the licence on their pub in 1873.
He’s lived his entire life in the village where he raised a family. “I am delighted to see things coming on so well in the village. There has been new life brought to the area in recent years. People have moved back and new people have also come here and that is lovely to see at last... that renewal,” he said.
This spirit of renewal and welcome will, no doubt, be to the fore this summer with the celebration of Glenfarne’s 50th Gala Festival.
“While the population of Glenfarne may be small the numbers of people living everywhere around the globe with connections to this area is enormous.
“So many people come back each year for the festival and this year, because it is the 50th, we’ll be running the festival for a week. People have already told us they are coming home and we’re expecting big crowds,” said local councillor, Sean McDermott.
Who knows, with the renewal of so much in the village and the addition of the newly opened demonstration greenway nearby - maybe some of those visiting this summer will take the plunge and return home to Glenfarne!