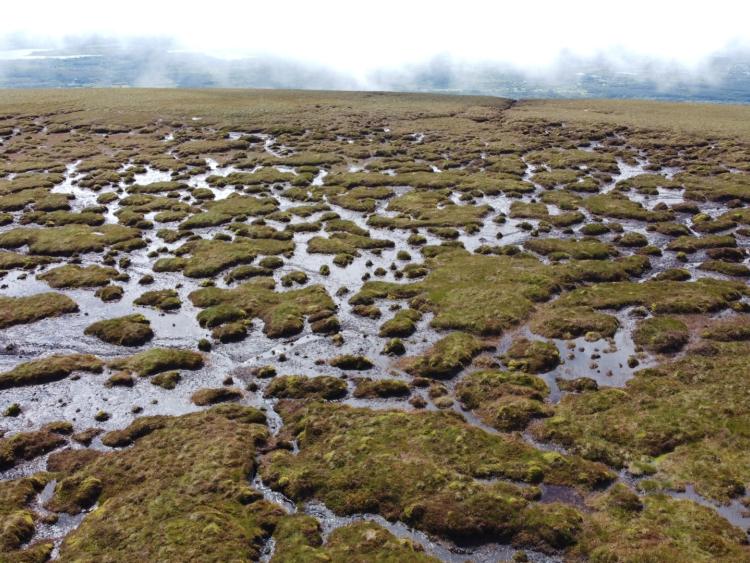 The blanket bog on the summit of Sliabh an Iarainn mountain is in need of restoration.

Simon Gray, Senior Technical Officer at Ulster Wildlife who is working on the restoration of the blanket bog on Cuilcagh told the Leitrim Observer there may be scope to extend their works into Leitrim, if funding is received.

He told the paper "a huge area on the summit of Slieve Anierin requires remedial work."

Also read: Bog restoration on Cuilcagh could be replicated in Leitrim

Work is ongoing on Cuilcagh mountain in Cavan/ Fermanagh to restore 16Ha of degraded blanket bog.

Mr Gray explained "The area of blanket bog we are working on has been badly eroded at some point in the past which has exposed large areas of bare peat and left hags of peat lying proud. The reason why this erosion has occurred is still up for debate. When we see this kind of erosion it can be down to a number of things including fires, overgrazing, peat cutting, visitor numbers, drainage, extreme weather events and unique natural events.

"In this case we are not sure why it appeared but something had to expose the bare peat in the first place to allow water, wind, freeze thaw and drought to erode it to the extent it is now in. It may have been a fire or something some time ago.

The works started on Cuilcagh in September and is using peat hags to revegetate the cliffs of bare peat. They are also blocking the gullies with coir logs, the works will continue until the new year. The area will then be monitored to see how it works and if it could be replicated to success in other areas.

A larger part of South Leitrim including Slibah an Iarainn is included int he same Special Area of Conservations (SAC) as Cuilcagh. The current project is working on a conservation action plan will be developed for the whole SAC and this will identify the exact areas where this kind of work will be warranted. 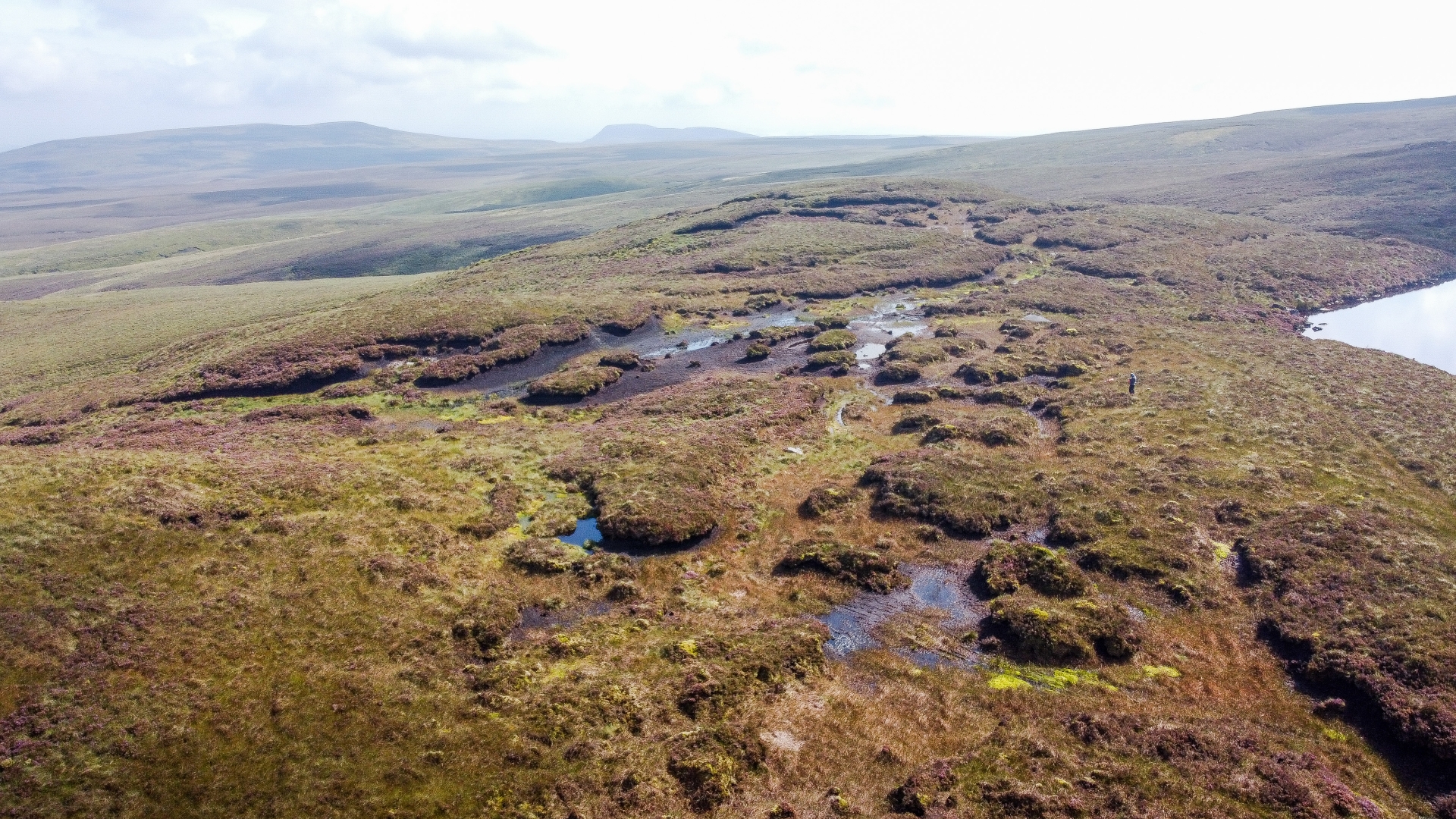 Bog in need of restoration on Sliabh an Iarainn