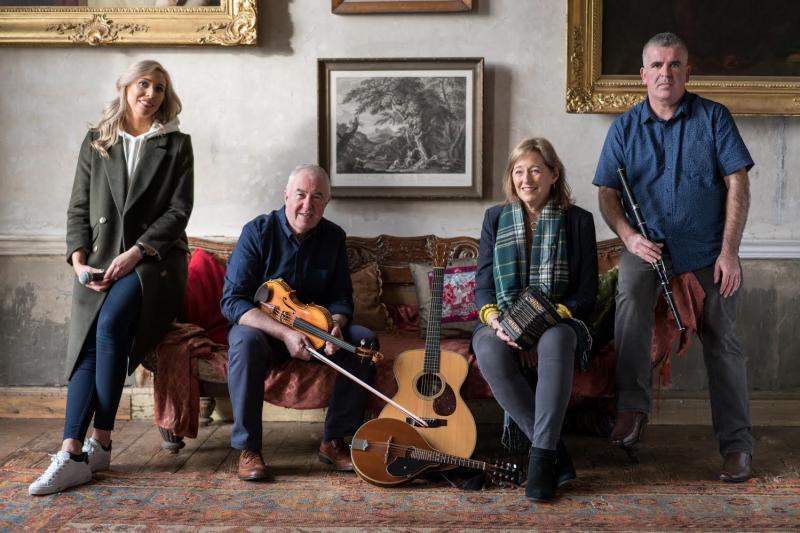 Gatehouse will perform in the Mayflower on Sunday, July 17

Performing at our opening concert this year will be Roscommon based traditional group Gatehouse.
They have gone from strength to strength since the release of their critically acclaimed solo album, Tús Nua, in 2016.

Gatehouse released their second album Heather Down The Moor in 2019. It features some classic English and Scottish folk songs along with some new tune compositions from the band’s fiddler, John McEvoy.

Gatehouse have been very busy touring Ireland, The UK and Norway, along with playing prestigious festivals such as The Trip To Birmingham Festival, Return To Camden Town, Fleadh Cheoil Na hEireann and The Copenhagen Irish Festival amongst others.

The Gatehouse line up is made up of highly regarded young singer, Rachel Garvey, multi-instrumentalist Jacinta McEvoy on guitar and concertina, John McEvoy on fiddle and John Wynne on flutes and whistles.

Tús Nua was described by The Irish Times as “an unerring gem” and the CD is in “that elusive “must have” category for years to come”. Internationally famous fiddler, Martin Hayes states that Tús Nua “is beautifully arranged and recorded. Everything happening here is authentic.”

To see Gatehouse live, come to our opening concert on Sunday, July 17 at 8pm in the Mayflower Community Centre.
It promises to be a very enjoyable night.