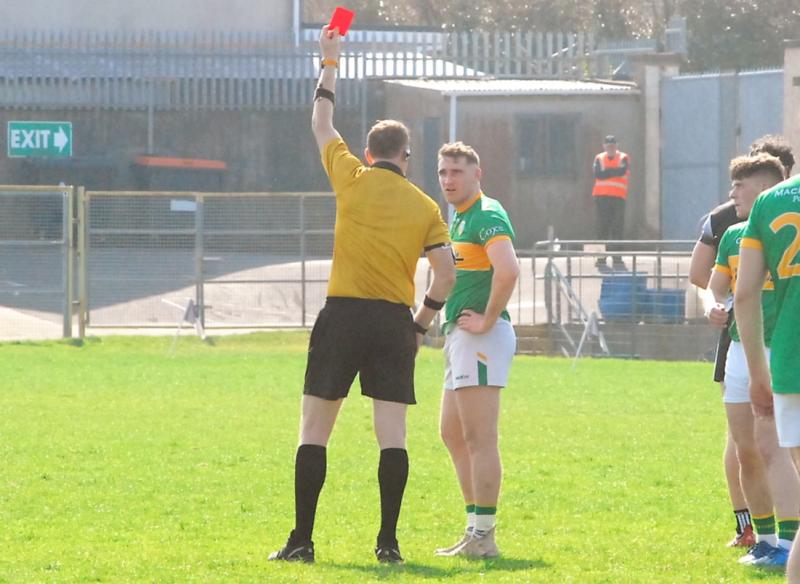 The news that anxious Leitrim football fans had been dreading was confirmed on Tuesday morning as star forward Keith Beirne has been handed a one game ban after his dismissal against Sligo in the final round of the Allianz NFL Division 4 campaign in Markievicz Park.

Beirne's dismissal against the Yeatsmen means he is ruled out of the Connacht Senior Football Championship clash against London in McGovern Emerald Park in Ruislip on Easter Sunday, April 17, robbing Andy Moran's team of their top scorer and chief freetaker for a crucial encounter with the Exiles.

Beirne, who appeared before the Central Hearings Committee on Monday, does have the option to appeal his one game ban to the Central Appeals Committee but any decision on that will only be taken after receipt of the official written decision of the CHC.

There was some good news, however, for Leitrim hurling fans with the news that Joe Murray's red card from the Allianz NHL Division 3B clash with Longford was rescinded, freeing up to play in the hurlers first Lory Meagher Cup clash next Sunday in Avant Money Pairc Sean Mac Diarmada against, ironically enough, Longford.

However, it is Beirne's red card that will have fans talking ahead of the tricky encounter in Ruislip. The Mohill man can appeal the decision but that will depend on the details contained in the written decision that will be furnished to the Leitrim County Board.

Leitrim officials will examine the official decision to see if they have any further grounds for appeal but with the match in Ruislip fast approaching, a protracted battle could lend an air of uncertainty to Leitrim's preparations for what is a tricky encounter across the Irish sea.

The Observer understands that the red card issued to Sligo's Sean Carrabine in the game against Leitrim was rescinded, freeing the midfielder to play against New York on Easter Sunday in Gaelic Park, New York.