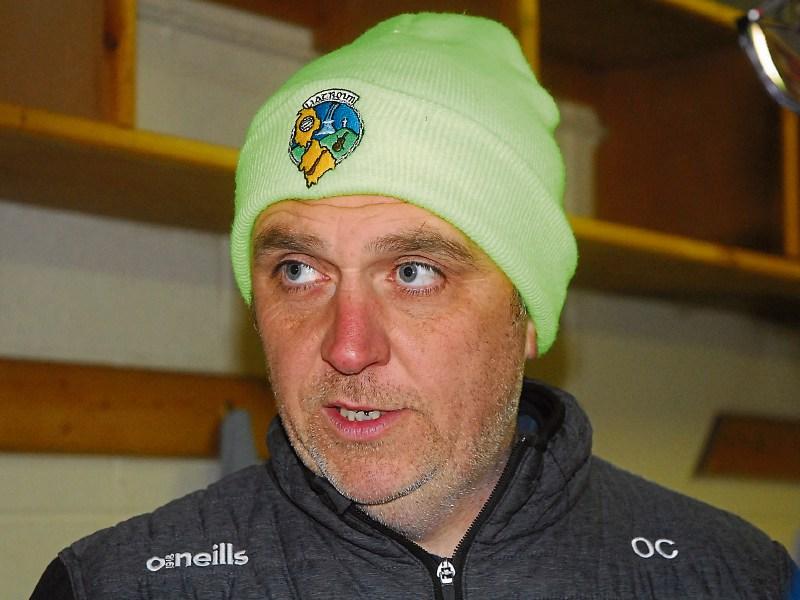 Once his heart stopped thumping at a million miles a minute, Olcan Conway was preaching consistency to his Leitrim hurlers as they prepare for next Sunday’s trip to Kingspan Breffni Park to take on Cavan in the second round of the Lory Meagher Cup.

Leitrim grabbed a dramatic victory over Longford thanks to an injury time penalty from Joe Murray and Olcan admitted it was a dramatic finish to a tough championship match.

“I didn’t actually watch the penalty, I was too busy telling players to get back into their shape for a quick puckout,” said Olcan adding, “It's great to get a last minute penalty to win the game but I would like to have my heart beating a little less at that stage of the game and have the game in control but you don’t always get it that way.”

“Longford seemed to get frees in batches and kept popping the ball over the bar. We’re under no illusions, Longford are a good team, it is a good win for us but it is only the first game of the championship. If we don’t go out next week and back it up, it is all for nothing.”

With the crowd driving on the hurlers, Olcan agreed the desire to defend their home record was a factor in the contest: “There was quare noise coming from the stand towards the end, everybody seemed to be roaring and shouting a lot but I was trying to stay focussed.

“Longford got to play here last week in the League Final and today was our first game here this year so we want to defend our home ground, make it a fortress so that if you want to come here and beat us, you are going to have to work very hard.”

The one blot on the day was the news that Stephen Goldrick will face a spell on the sidelines with a broken thumb: “He’ll be lucky if he is back for the championship. It is unfortunate but it is still in the early stages of his recovery.

“Stevie is definitely one of our best defenders and I make no bones about that, the players know that, Stevie knows that - Stevie is top class and he is such a good character, works so hard, is such a good teammate to have about the place. But the other lads worked very hard today and kept Longford out of the goals which as very important.”

You sense attitude is key for Olcan and he highlighted the role the senior players had in turning around a ten point deficit into a one point victory in the space of two weeks: “You could never question the heart and desire of the players in that dressing room and we did have a couple of tough defeats, two weeks ago a ten point loss down in Pearse Park.

“We have good characters in the dressing room, it is a very young squad that we have and you are going to have that bit of inconsistency with a young squad but straight after the Longford loss, we knew that we played very, very poorly and we sat down and had a chat.

“The more senior lads in the dressing room - Karl McDermott & David McGovern - the first thing they said was that League is League, the League is one thing, the championship is different. Let’s bring a bigger intensity to Longford in two weeks time and see where we’re at then.”

Olcan is determined that Leitrim won’t waste the chance their victory over Longford has given them: “Cavan will be a good tough game down in Breffni Park. They’ll be all out, they’re championship is on the line next week. So we have to recover this week, get ourselves right and go again because if you don’t back up today’s result with another one next week, you’re going to be in big trouble in this championship.”