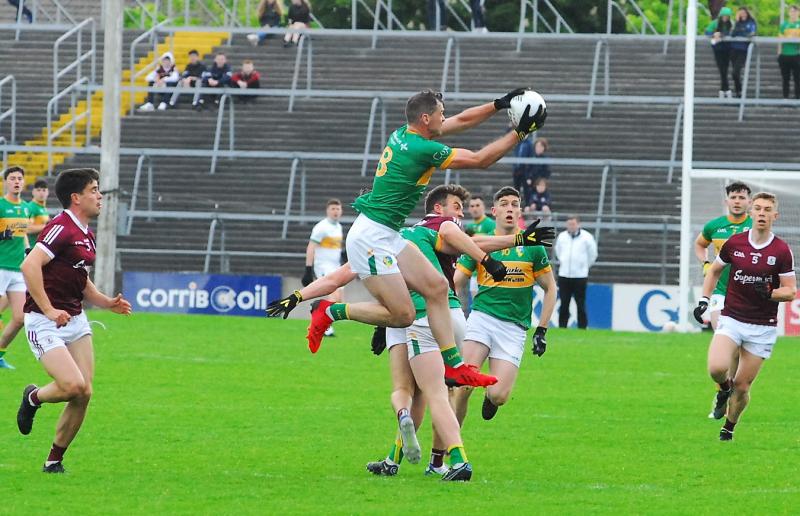 Not often I get to quote Yogi Beara but I just can't resist quoting the famous American baseball star legendary quip 'It's like déjà vu all over again' when I contemplate writing yet another column after yet another gut wrenching defeat for Leitrim in the Connacht Senior Football Championship.

The cynic in me wonders should I dust off the column I wrote after the 24 point defeat in Mac Hale Park last July, substituting Galway for Mayo just to save me the time and anguish of trying to come up with the words to capture how traumatic Sunday's 4-20 to 0-9 drubbing at the hands of Galway was for all of us who were there cheering on the Green & Gold.

And it was  traumatic - mainly because none of us expected it. I travelled to Castlebar last year with a heavy heart because I knew deep down what was coming - it was as inevitable as the setting sun.

Last Sunday was different and not because we expected victory. Truthfully, I'm not sure many Leitrim supporters believed we could overcome the gap between a Division 1 bound powerhouse and a team who failed to get out of Division 4 this year. But there was optimism all the same - not for victory but for an improved showing, for Leitrim to show that Castlebar last year was the aberration and not the norm.

Andy Moran was ushered in on a wave of optimism  and while it hasn't been all wine and roses, Leitrim have started to make inroads under his tutelage  into where they need to be, both physically and tactically, in the modern inter-county game.

The opening 20 minutes caused us to dream  - Leitrim played with a manic intensity and a ferocity that had the Leitrim crowd in Salthill thrilled and delighted. They didn't cower or freeze in the face of Galway's physical might and silky skills but they stood up to the Tribesmen, looked them in the eye and said 'we're not backing down'.

Now, hindsight is wonderful but I'll admit there was this tiny little voice whispering in the back of my mind that Leitrim were working so hard just to stay in contact with Padraic Joyce's thoroughbreds, that the price for such immense physical effort was bound to be steep but like every good fan, I suppressed those nagging doubts in the hope that maybe, just maybe, this time we could upset the odds.

Galway's first goal just after halftime was the pin puncturing that balloon but truth was, the damage was done before halftime as weary Leitrim legs finally began to concede an inch or two here and there and then maybe the extra yard of space opened up.

Credit Padraic Joyce too for an astute switch  - Galway lost Finnian O'Laoi to the blood sub rule but the gangling yet surprisingly speedy Paddy Kelly made a huge impact. More effective, however, was one simple switch that saw Cillian McDaid swap places with Matthew Tierney and suddenly Leitrim's early midfield dominance dried up.

Up to that point, Donal Wrynn and Pearce Dolan had bossed the sector, winning the ball in the air and on the ground but as the Leitrim supply dried up and chances began to become fewer and fewer for the fantastically hard working Green & Gold attack, Galway  figured out Leitrim's defensive structure.

McDaid paved the way, opting not to take the ball into a ferocious tackling Leitrim defence as  he simply booted three monster points from 50 yards and more high over the Leitrim bar. Leitrim's backs  had to come out to close down the space and when they did, the Tribesmen popped the ball into their deadly full-forward line.

Could Leitrim have countered Galway's switches? They were already working off limited possession but as Galway got a grip on the middle of the field, quality ball became harder and harder for Leitrim to source.

Then Galway started to turn the screw, turning over Leitrim players in possession time and time again, stripping the ball from their grasp and that's where conditioning and physicality come in - two words that are spoken so often that they've become cliches and have lost their meaning.

But if I wanted to illustrate just what physicality means,  Willie Donnellan's picture on page 68  exhibits one, as  Galway's  full-back Sean Kelly is surrounded by Donal Wrynn, Keith Beirne, Dean McGovern and Mark Plunkett. When we talk about physicality and conditioning we often mistake it for size  but the Moycullen man isn't as big as the four Leitrim men who surrounded him and seemed to have him boxed up.

Yet somehow Kelly escaped the clutches of all four and 30 seconds later, Galway had the ball in the Leitrim net! In fairness, this all happened late in the game - Leitrim's morale was crushed at this stage but that incident, that picture, captures just what  physicality and conditioning can do for a team.

Nobody knows this better than Andy Moran and after the game, the Leitrim manager talked of a long process to get the county's players strong enough and conditioned enough to produce the skills Moran and his backroom team believe this Leitrim team possess in bucket-loads.

That's a long, time consuming journey of absolute dedication, sacrifice and deep commitment with no guarantee of success at the end of it - all it guarantees is that you might be able to compete on something like an  equal footing with the Galways, Mayos and Roscommons of this world.

We can all  pontificate on what needs to be done, what the players should be doing  but would you sign up for the sort of sacrifices these players make each and every year with no guarantee that it might lead to something?

Frankly, I felt for the Leitrim players. Witnessing ashen-faced and  shell-shocked players walk into the dressing rooms after the game almost felt like intruding on some sort of private grief, their stoic expressions  telling me more than words ever could just how much last Sunday's result hurts.

Leitrim's players are the last people I'd blame   - they are to be admired, and thanked, for giving up so much to represent this county in an inter-county system that looks to have all the possibility of success of a rigged card game in Las Vegas.

But the silence that descended on Pearse Park, broken by the occasional Galway cheer for a goal or spectacular point, spoke volumes of the indignity being piled upon a group of players who deserve better than what they're subjected to  thanks to outdated structures.

I firmly believe that this group of players can bounce back in the Tailteann Cup and show what they are capable of. It is not going to be easy to pick themselves up off the floor - after all, it is what they've been doing for years!

So what's to be done? Inter county structures, more resources, level playing fields are the catchphrases right now but consider the startling statistic I came across when looking up the results of Leitrim teams in the Connacht Minor championship over the past 15 years - just one win in all those 15 years, back in 2018. Hard to build a team to compete at adult level  when the foundations at juvenile level  just aren't there!

There's no instant solution   - the obstacles are deep rooted and we've gone over them a million times. Honestly, I'd give anything not to write these sort of columns year after year, sounding like some crazy man wailing against the wind or the rising of the sun.

Roscommon and Sligo have found a way - true, they have bigger populations, centralised schools and more resources but they face the same challenges taking on Galway and Mayo that we do and they have done so with greater and more frequent success. Because unless we find a new way of doing things, we're just on an endless soul destroying loop  for years to come of hammering, recriminations and hammerings.