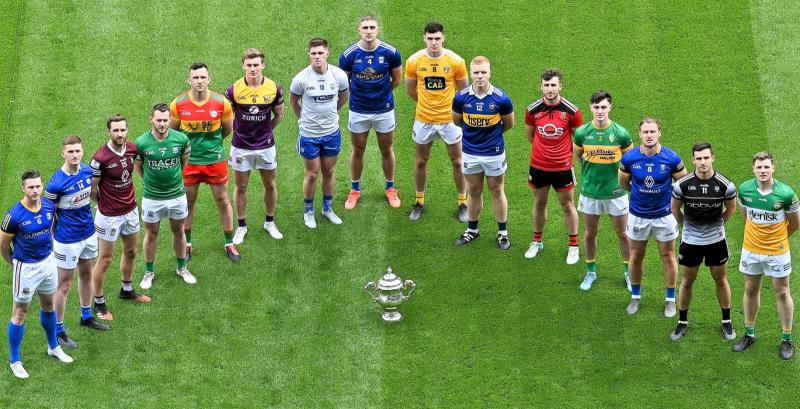 Leitrim's Mark Diffley pictured with players from the participating counties at the launch of the Tailteann Cup Picture: Sportsfile

Leitrim's clash with Antrim in the Tailteann Cup will take place on Saturday May 28, in Avant Money Pairc Sean Mac Diarmada and be screened on GAA.Go after Croke Park released fixture details for the first round of the inaugural competition.

Andy Moran's troops have a 2pm throw-in on Saturday week against an Antrim team who just missed out on promotion from Division 3 in the Allianz League with fans who are unable to make it to Carrick-on-Shannon able to watch the game via GAA.Go.

In the other fixtures released by Croke Park, Cavan will host Down in Kingspan Breffni Park, also at 2pm, while Glennon Brothers Pearse Park will see Longford take on Fermanagh at 5.30 pm on the same day. The final Saturday game sees Sligo host London in Markievicz Park with a 6pm throw-in.

Carlow will take on Tipperary in Netwatch Cullen Park on Sunday May 29, while Laois host Westmeath and the preliminary round winners of the games involving Wexford against Offaly and the clash of Wicklow and Waterford will also take place on the Sunday, all games at 2pm.

All games are winner on the day which means, in the event of a draw at the end of normal time, extra-time will be played and if the stalemate continues, the tie will be decided by a penalty shootout.