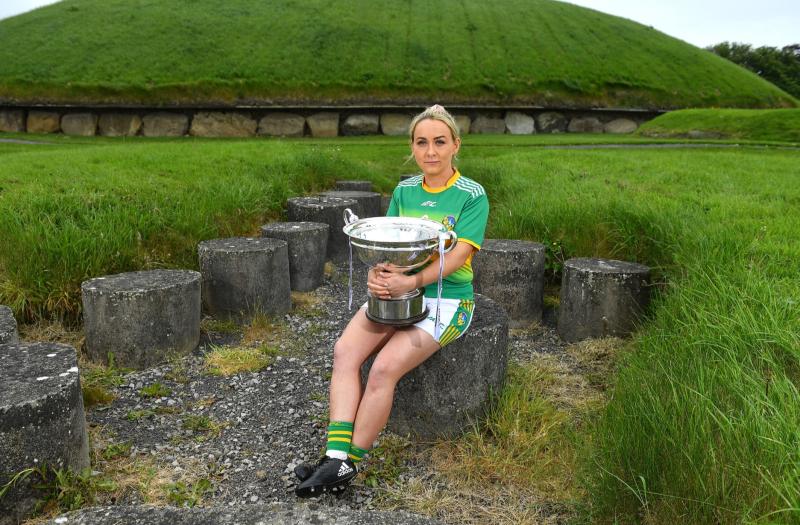 TG4 has today (Tuesday May 24) announced a five-year extension of their sponsorship of the All-Ireland Ladies Football inter-county championships, with the new deal set to last until the conclusion of the 2027 season.

Speaking at the launch of the 2022 TG4 All-Ireland Championships, TG4 Director General Alan Esslemont hailed the new agreement as “a redoubling and intensification of TG4’s most important sporting partnership.”

This deal extends TG4’s long-standing sponsorship and broadcast rights agreement with the Ladies Gaelic Football Association (LGFA) – and ensures that the partners will work closely together in 2024 to celebrate the 50th anniversary of the LGFA.

TG4 have been title sponsors of the All-Ireland Ladies Football Championships since 2001 and the partnership has evolved into one of the most recognised and innovative in world sport. This is the second major sponsorship renewal for the LGFA in 2022, after National League sponsors Lidl committed to a further four years.

Peil na mBan Beo will be available to audiences globally on the TG4 Player at https://www.tg4.ie/sruthtg4/peilnamban and on the TG4 Mobile and Smart TV App.

The LGFA and TG4 are also delighted to confirm that all other games that are not being televised in the TG4 All-Ireland Championships will be available to view via the LGFA’s live-streaming service. Visit https://page.inplayer.com/lgfaseason2022/ for full details.

Speaking on behalf of TG4, Director General Alan Esslemont said “In 2000, both Ladies Football and the Irish language were matters deemed to be of very marginal concern in Ireland.  By standing together as partners for over twenty years, LGFA and TG4 have managed to attain remarkable national success and status, bringing change to those societal views.

“However, much work remains to be done and I believe that this five-year deal between TG4 and LGFA gives a very clear signal of our joint intent to redouble our efforts to achieve a better parity. For TG4 to fully achieve that parity, we need Government to address the TG4 Post-Covid funding strategy which aims to see TG4 moving from the margins of the public service media ecosystem to a place which better reflects the importance of the Irish language in today’s society in Ireland.

“In our new agreement with the LGFA, TG4 commits over the five years to gradually strengthen our live coverage of LGFA competitions and develop new programming which reflects and supports the LGFA community in Ireland and internationally. We also pledge to produce a raft of high-quality programming which will celebrate the LGFA’s 50th anniversary in 2024.

‘Cothrom na Féinne’ or ‘Fair Play’ is a key pillar of TG4 strategy and I am delighted to announce a new TG4 sponsorship - the sponsorship of the LGFA Referees Panel.  I hope that this will reinforce and support the work of all the officials who dedicate their time to ensure the impartial and equitable arbitration of play in Ladies Gaelic Football.

“It has been both a privilege and pleasure for me to be able to work with Mícheál Naughton and with Helen O’ Rourke and her wonderful team to bring this deal to agreement. I would also like to thank my own staff at TG4 and especially the production team at Nemeton TV for their dedication, week in and week out, in bringing the highest quality coverage to our screens.”

Mícheál Naughton, President of the Ladies Gaelic Football Association, commented “We are thrilled to announce the extension of our remarkable partnership with TG4 – and for an additional five years. TG4 have been with us since 2001, when they provided live coverage of our Senior All-Ireland Final for the very first time, when Laois got the better of Mayo in a memorable game.

“Since then, TG4’s commitment and dedication to Ladies Gaelic Football has helped the sport to prosper to unprecedented levels. We have had record attendances at our TG4 All-Ireland Finals and record viewing figures in recent times – and we very much hope that trend will continue as we look ahead to the next five seasons alongside TG4.

“It is really exciting that TG4 will be on board with us throughout our 50th anniversary celebrations in 2024 – and planning for an exciting schedule of Ladies Football programming is well underway. With so many fans of our sport dotted around the globe, it is hugely important that we can cater for a worldwide audience and TG4’s ability to provide that coverage is invaluable in that regard.

“We need the help of our clubs and counties to ensure that our inter-county players receive the support in the stands and on the terraces throughout the Championship season. "

The 2022 TG4 All-Ireland Ladies Football championships were officially launched at Croke Park today, with representatives from the participating counties present at the venue which will host the Finals on July 31.

The Intermediate Championship continues on Sunday June 5, while the Junior Championship begins on the same day.

The Senior Championship commences on Saturday, June 11, with the first of three rounds in the group stages.

The live TV games on that date will see Waterford up against Donegal, while Cork or Kerry will play Galway.

Beaten Intermediate Finalists last year, Wexford will be a contender for the Mary Quinn Memorial Cup but in a wide-open field, Clare, Tyrone, Leitrim, Roscommon and Kildare, among others, will also fancy their chances.

All details relating to the TG4 All-Ireland Championships, including groupings and fixtures, can be found by visiting the official LGFA website: https://ladiesgaelic.ie/