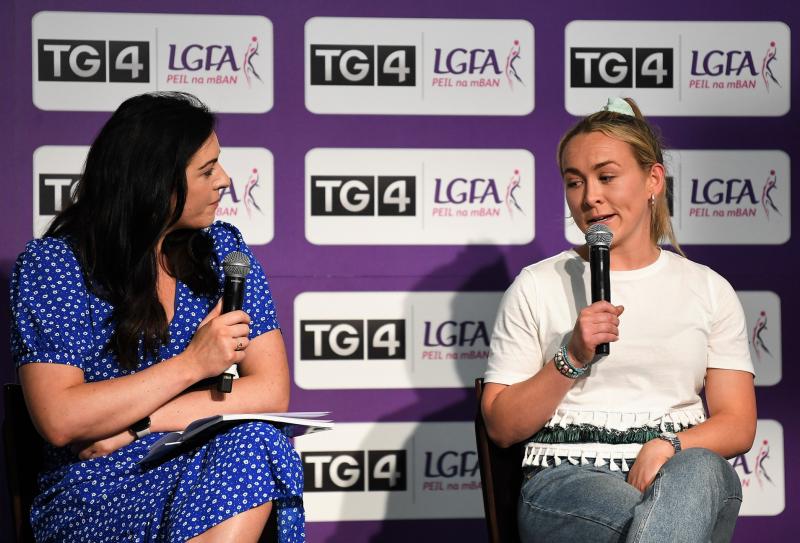 The so-called luck of the draw hasn't been very kind to newly crowned Connacht Intermediate champions Leitrim after the Green & Gold ladies were handed two away games for the group stages of the TG4 LGFA All-Ireland Intermediate Championship that gets underway next Sunday.

Hugh Donnelly's side will take on Wicklow, a team they will face in next year's Lidl Division 4 campaign, on Sunday in Shane McGettigan Park (2pm throw-in) but the kicker comes with the news that Leitrim will then be on the road for their remaining games against Wexford and Offaly.

Both beaten Leinster finalists Wexford and semi-finalists and Division 4 champions Offaly will have two home games in the four team group while the new Connacht champions will have to book their place in the quarter-finals the hard way.

On paper, it is not an easy task - even with the prospect of gaining a little revenge against an  Offaly side who prevailed in the Division 4 semi-final in Kinnegad after an extra-time classic.

Wexford lost the Leinster Final to a strong Kildare team who ended Leitrim's interest in the All-Ireland series last year while beaten Connacht finalists Roscommon will face the Lilywhites and Longford in their group.

Clare, who handed Leitrim a heavy defeat in the Connacht campaign, take on Down and Louth in their group while Sligo are drawn with Ulster champions Tyrone and Laois in group 4.

Two teams qualify out of each group with the qualifiers from Group A, featuring Leitrim, drawn against the teams from Group D, featuring Sligo, Tyrone and Laois, in the quarter-finals.

On the face of it, Wicklow would appear to be the weakest of the three Leinster teams Leitrim must face but they were competing at a higher grade in the League even if they were relegated.

The Garden County ladies drew with a highly rated Kildare in the first round of the League, 2-11 to 1-14, and then drew with Wexford in a lowing scoring 0-6 to 1-3 encounter.

However, a 1-18 to 1-12 loss in their final group game meant that they finished bottom of their group and they then lost out 2-7 to 0-5 to 2021 Division 4 champions Louth in a relegation final to consign them to Division 4 for the 2023 season.

In the Leinster Intermediate round robin section, newly crowned Division 4 champions Offaly saw off the Wicklow women on a 2-7 to 0-5 scoreline but Wicklow gained a measure of revenge for their league loss against Louth when they defeated the Wee county in another low scoring game, 0-8 to 0-6.

However, their chances of making the Leinster semi-finals ended in their final group game with Laois scoring a 5-14 to 5-5 victory but Wicklow have shown in their outings this year that they can be a threat to any opposition, particularly if a team does not take them seriously.

There would seem to be little change of that with this Leitrim team under Hugh Donnelly and for as much as they deserved their victory over Roscommon, it wouldn't have taken that much to turn the game the other way with Michelle Monaghan's saves coming at crucial times.

But with growing momentum, you'd have to think that Leitrim's firepower and home advantage should prove key in what may be a tighter and tougher game than many are expecting.

The groups and fixtures are as follows: