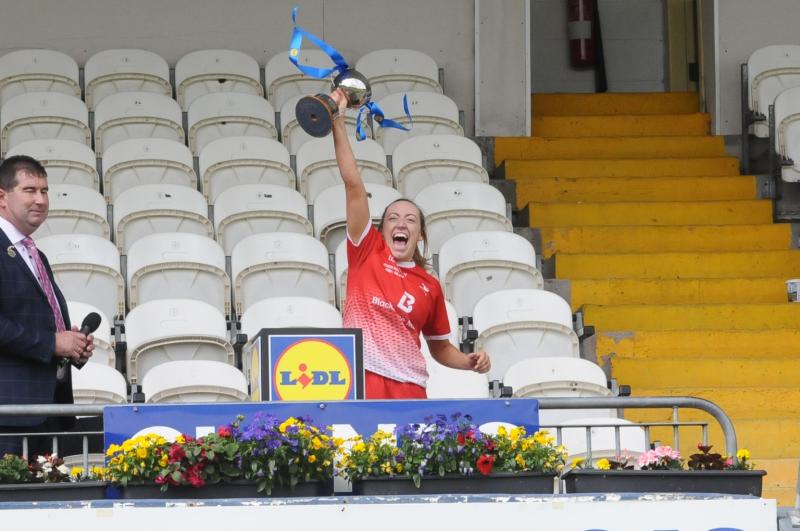 One of sport’s great cliches is that you learn more from defeat than victory and it certainly seems that way for Louth as manager Wayne Freeman revealed that his team’s lost to Leitrim in the opening round of the League paved the way for victory in the Lidl Ladies NFL Division 4 Final.

Leitrim’s 3-14 to 3-6 victory in Ballinamore was referenced time and time again by the Louth camp and the result had a major bearing on how Louth approached Sunday’s Final in St Tiernach’s Park in Clones according to their manager.

“We played them last year and twice this year and it is probably nearly level on scoring in regards to the three games so it is definitely close between us,” Wayne told the Observer, “ I think in the first half we probably won the game, we were outstanding, we should have been further in front at halftime.

“We played really good football, we defended well and played with pace, kept the ball out of trouble, kept the ball out of the tackle. We learnt a lot from the day up in Ballinamore, we were really hurting after that game. It forced us to look at ourselves and really look at the things we did wrong and I thought we righted those wrongs today so yeah, I’m chuffed.” 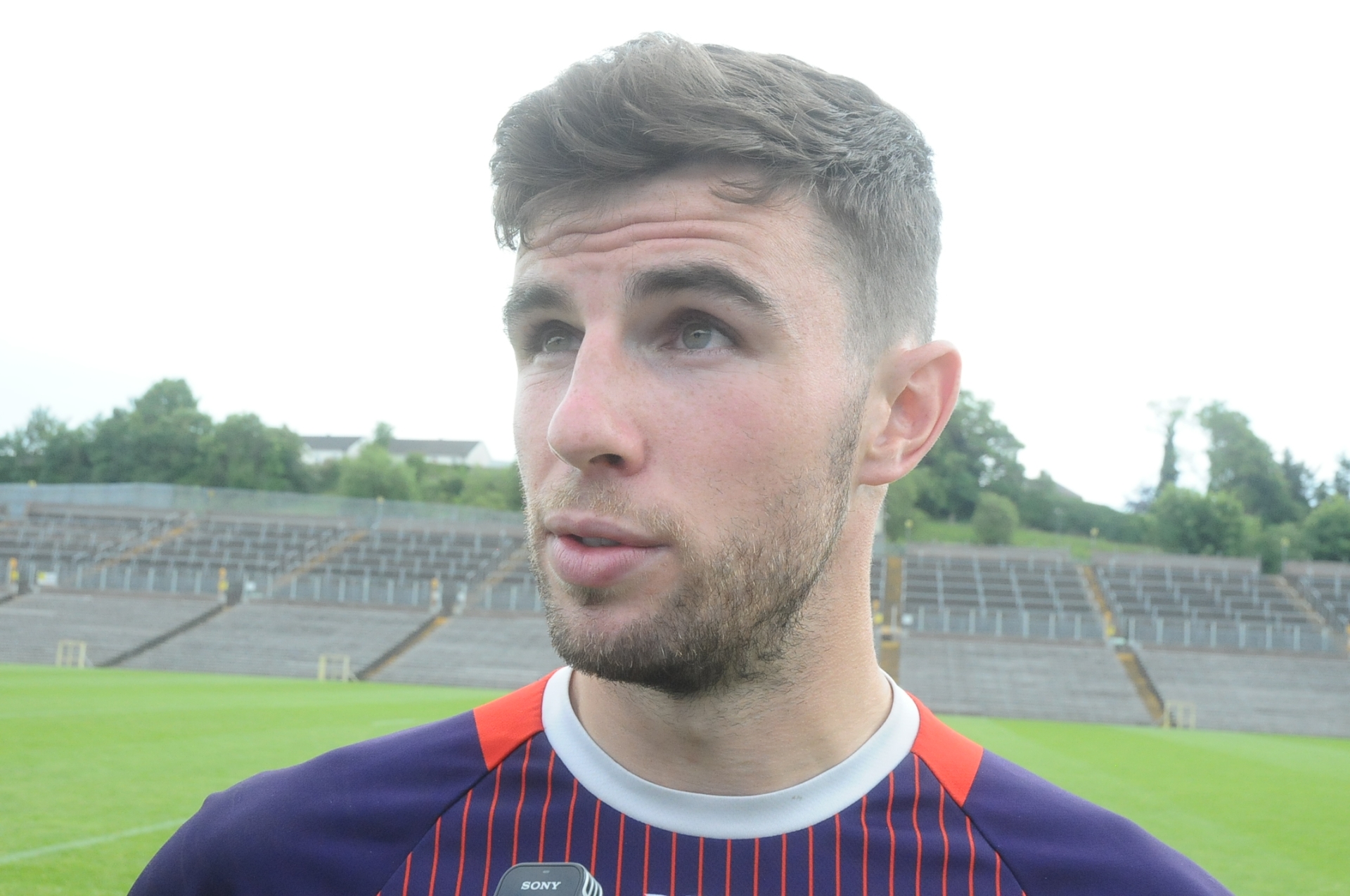 Louth’s analysis of Leitrim’s defensive set-up paid dividends for the Wee County: “We studied their defensive set-up because that was what we really struggled with up there, they got bodies behind the ball and we looked at it deeply and found the gaps and tried to exploit those gaps.

“I thought our half-forward line was excellent, they kept the ball when they needed to keep it and they put it in fast when they had to put it in fast. You have to trust the players, you can only talk about so much in the rooms and then you have to go out and do it.”

Leitrim came more into the game in the second half, a fact Freeman attributes to Leitrim’s attacking approach: “We managed the first half really well, we were probably a little bit disappointed with the second half. We gave away a lot of ball, silly ball, but at that stage, they probably had a lot of forwards on the field and they pushed us back, which was going to happen too.”

One lesson definitely learned from the game in Ballinamore was to go long with their kickouts and it paid spectacular dividends, leading directly to one goal and Freeman acknowledged the impact of keeper Una Pearson on both ends of the field: “I thought she had a good game, her kickouts went well. Both midfields are really good, they are really good battlers, the four of them so it was an interesting battle.

“But another decision we made that day that didn’t work out for us was the short kickouts so we went long a lot today. Little things we identified from the first game that we tried today and it worked. I thought Una was really good, her kicks were good, she struck the ball really well and in the end, she was there when we needed her.”

Niamh Rice was voted Player of the Match but there were plenty of standout performers on the Louth team: “The one thing about us that we have found this year is when teams target one or two players, the other three forwards stepped up and that has worked well for us. Today, they obviously targeted Kate a little bit more, that when she got the ball, she got pressure on her, maybe doubled up on her but we found the gaps inside.

“When Niamh was doubled up inside after maybe ten minutes, we started moving the ball over to Lauren on the opposite side. It worked well, we rotated them well and as a unit they are very good, they are good footballers, there is not that much coaching to it - it is just refreshing it week on week, talking about things and trying to do it in training. They are really, really good footballers, they are very easy to coach.”

The importance of the victory cannot be understated for this Louth team: “This is their first League final victory so it is huge for them. We talked about for a long time last year with the League being cancelled that we could have done it last year but playing Division 3 is vital for a group of footballers with the talent that they have.”

Next up is the championship and the Louth manager expects Leitrim to do well: “I’ve seen their group and I think they’ll do well in their group as I hope we do in our group. The way it is now at the moment, the Division 3, ourselves, Leitrim and Offaly, no disrespect to anybody else in Division 4, those three teams and the Division 3 teams, the gap is very, very little, it is very small.

“We expect to compete next year in Division 3 and Leitrim have two Division 3 teams in their group in the championship and I do feel they will compete well in that, possibly even beat one or two of them, the same for ourselves.”