Former Mohill manager see his side face Meath on Navan in Leinster SFC quarter-final on Sunday: Live stream on GAAGO 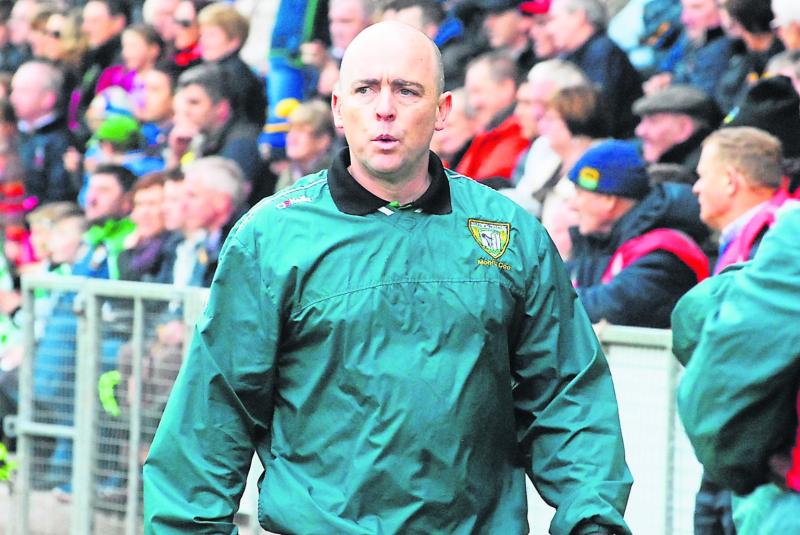 Longford manager Padraic Davis praised his side’s offensive display as they booked their place in the Leinster quarter-final against Meath with a six point win over Carlow in Tullamore on Sunday last.

The former Mohill senior team manager and Gortletteragh resident said "Offensively we were excellent; as good as we have been. 22 points from play out of 25 points. Defensively it was a little bit of a concern. We are a good team in the air and other teams much better than Carlow have tried to get at us in the air and they’ve failed.

“I just think it was one of those games. Paddy Collum pulls off two brilliant saves and they got two goals. Let’s not forget how we could’ve countered that at the other end; probably eight goal chances.”

Longford had 11 different scorers on Sunday, something that really pleased their manager: “Offensively we are so happy with the team. The return of Robbie Smyth to a performance level that we know him for and I’m delighted for him. Himself and Rian (Brady), particularly in the first half, tormented them.

“I think overall some of our football was excellent; even the lead up to some of those goal chances. The next day Gally will put them away. I’m not overly concerned by it at all. I’m very happy with the performance. We would’ve taken a one point victory coming down here today.”

Longford face Meath next Sunday at Pairc Tailteann and the week will be spent getting everybody fit for the challenge the Royal County will pose: “I think if we can recover well, that’s the key. Colm P is obviously a concern. Colm P and Gary Rogers are two we want to try and get back. If we can get the rest and recovery we need, I’d give ourselves a good chance.”

Since the heavy defeat to Derry that relegated Longford back to Division 4 for next year where they will face neighbours Leitrim, the midlanders have improved immensely: “The improvement is obvious. We can’t ask for anything more, only improvement. If they were regressing then that’s a problem.

"I think mentally now they are in a great position as we head to Pairc Tailteann. It’s all about going and putting that performance in. I really feel the pressure is off. We are nearly always underdogs, no matter who we play.”

Davis admitted there are things Longford need to work on but knows next Sunday’s game will be a lot different than the Carlow one. It’s how Longford react is the key.

“Every game is different. We will work on stuff based on the Carlow game and it may not happen. We might not give Meath a goal chance, we might give them four. That’s the way it works. The Meath game will be different. We go in there not expecting a shoot-out, it’ll be different. If we can keep the scoreboard ticking over and tighten things up I think we have a really good chance.”