BREAKING: Seniors Prior & Casey headlines Leitrim U20 team for Connacht clash with Roscommon 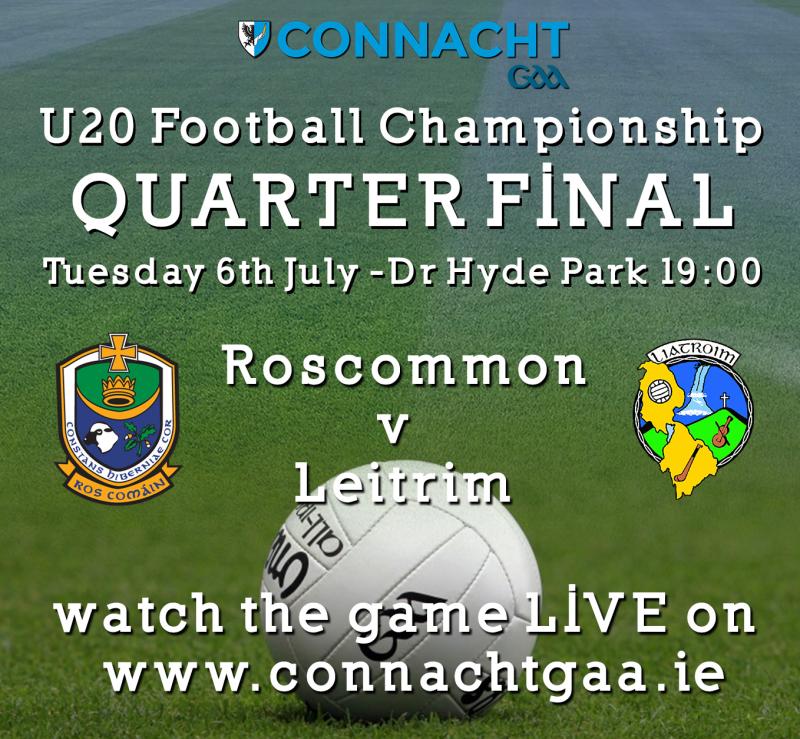 Leitrim Senior players Tom Prior and Donal Casey will lead the line for the County U20 footballers as they take on Roscommon in tonight's Connacht U20 Football Championship clash in Dr Hyde Park (7pm throw-in).

Ballinamore Sean O'Heslins Tom Prior has impressed for Terry Hyland's senior side in the recent Allianz NFL Division 4 campaign while Leitrim Gaels' Donal Casey was thrust in the deep end last November when handed his first championship start against Mayo at full-back in the Connacht Championship.

The team is dominated by St Mary's Kiltoghert with seven players from the club named in the first 15 with two each from Allen Gaels and Leitrim Gaels and one each from Cloone, Fenagh St Caillin's, Kiltubrid and Ballinamore Sean O'Heslins

TEAMS ANNOUNCED!@RoscommonGAA and @LeitrimGAA have both named their teams for tonights Connacht U20 Quarter Final! All details in the link ⬇️https://t.co/7a71wHLyWb

Don't forget the game will be streamed at 7pm on our website!#ConnachtGAA #GAA pic.twitter.com/V6eRbTuY18

The Leitrim team lines out as follows:

The Roscommon team is as follows:

SEE WWW.LEITRIMOBSERVER.IE FOR MORE REPORT AND REACTION ON TONIGHT'S GAME