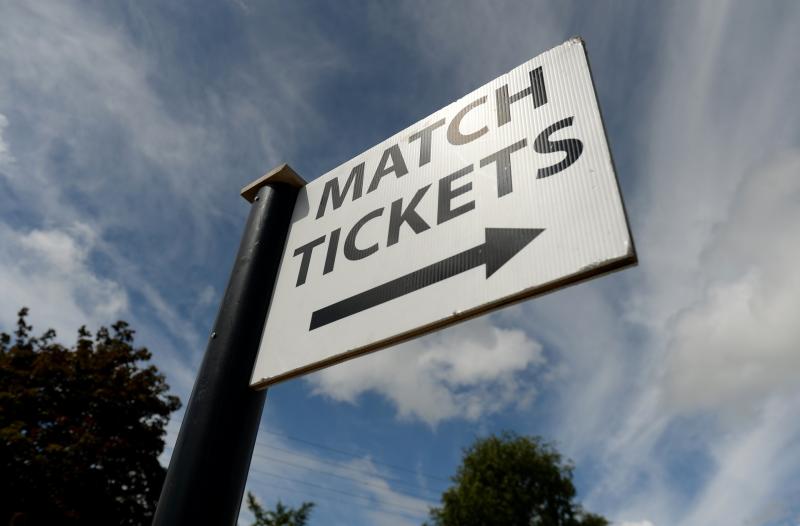 It might not quite be the gold rush but fans eager to attend Sunday's Connacht SFC Semi-Final between Leitrim and Mayo in Elvery's Mac Hale Park in Castlebar better be quick on Thursday afternoon when tickets for the game go on general sale.

Between 1,000 and 1,500 tickets, which will cost €30 as there are no concession-priced tickets for Covid ‘pilot event’ matches, will be on sale via the GAA’s ticketing partner website, ticketmaster.ie with a crowd of just over 3,500 spectators permitted to attend the match as part of the Government's 'pilot events' programme.

It won't simply be a case of picking up one ticket, however, as the tickets will be sold in ‘pods of four’ to help facilitate contact tracing. The cavernous main stand in Elvery's Mac Hale Park will hold about 1,500 fans on Sunday with the remaining 2,000 fans divided into 12 separate zones around the remainder of the ground.

Members of both panels have received an allocation of tickets to purchase if they wish while the Leitrim GAA County Board and their Mayo counterparts will have received about 600 tickets each to distribute to their own clubs.

“We have 3.5 times more people coming in this Sunday than we did in Hyde Park last weekend so we’d ask people to come early and abide by stewards’ advice. If you are sitting in zones 1-6 then you enter by the MacHale Road end of the ground; if you are in zones 7-12 you come in by the An Sportlann end of the ground. And if you’re in the stand then you come in at the An Sportlann corner.”