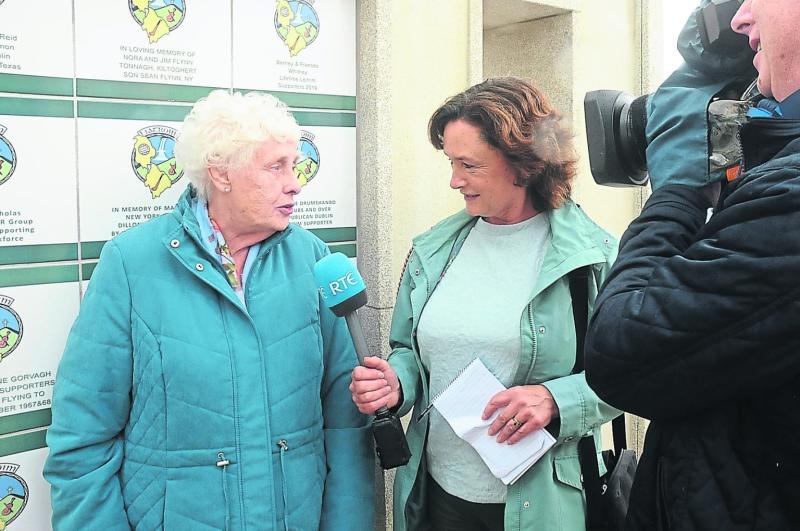 The late Kitty Nangle being interviewed by Eileen Magnier of RTE at the opening of the Leitrim GAA Centre of Excellence Picture: Willie Donnellan

The tight knit group of Leitrim supporters in Dublin are in mourning today after the passing of Kitty (Kathleen) Nangle, a fanatical Dublin supporter but who bought her own brick in The Leitrim Wall to remember her late husband.

Married to the late Gerry Nangle of Cornaroy, Drumshanbo who passed away on April 25, 2019, Kitty was interviewed by RTE’s Eileen Magnier when the Leitrim Wall at the new McGovern Aughavas Leitrim Centre of Excellence was officially opened by GAA President John Horan in September 2019.

Kitty told Eileen how her late husband Gerry had bought a brick in the Leitrim Wall with the message “Gerry Nangle Drumshanbo - 40 years a publican in Dublin – great Leitrim supporter” before deciding she would get her own brick to remember her husband.

Kitty asked Leitrim Wall committee chairman Eamonn Duignan if she could get a brick. Told that Gerry had already purchased one, Kitty said “I know, I want to buy one as well” and it was inscribed with the loving message “Kathleen Nangle - Up the Dubs - Thanks Leitrim for Gerry”.

Eamonn Duignan told the Observer “Leitrim GAA are sad to hear of the passing of Kitty Nangle, Castleknock Dublin. Kitty was a fanatical Dub supporter married to a fanatical Leitrim supporter the late Gerry Nangle who passed away on April 25, 2019.

“Leitrim GAA would like to extend their sympathy to Kitty’s children ,Gerard, Caitriona, Finbarr and Paula and the entire Nangle family.”

May Kitty Rest In Peace.

Sean Shanley a true blue Dub at heart but with a heavy hint of Green! 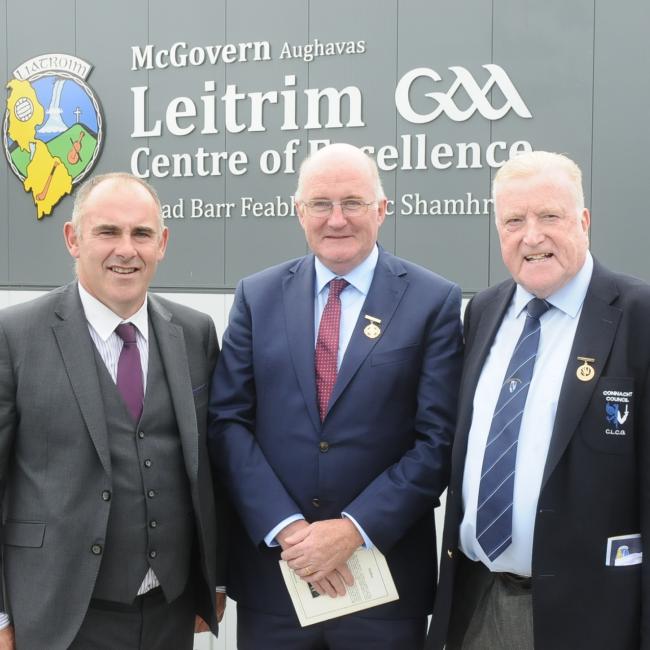