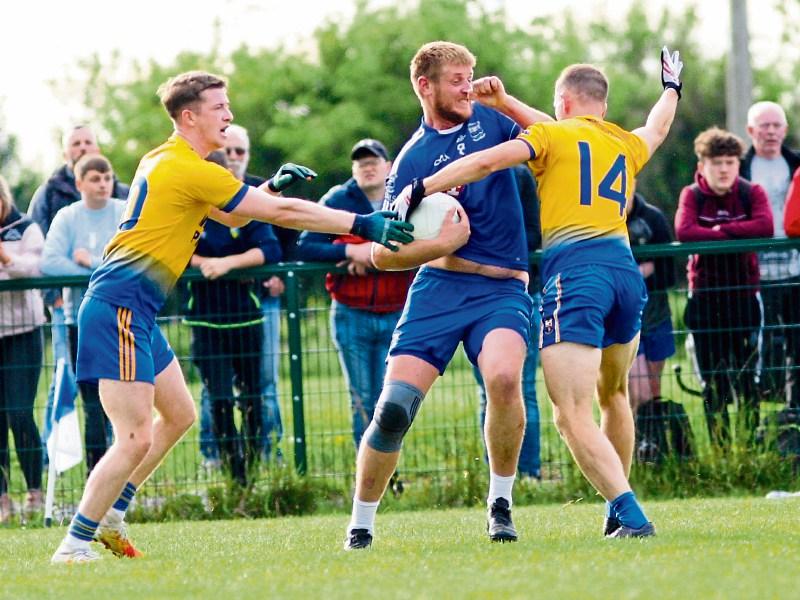 Space is at a premium this week so a smaller than usual look at next weekend's Connacht Gold Senior and Smith Monumentals Intermediate championship clashes.

Friday sees two big derbies with Fenagh St Caillin's travelling to Mohill while 2020 Junior champions Aughavas host Carrigallen - sure to be fireworks in both games.

Here are our thoughts on this weekend's games:

This game has huge potential to be a thriller with both teams beating Ballinamore by a goal so the odds would appear to favour a tight contest. Keeping Keith Beirne quiet will prove difficult for Fenagh and you have to feel that Mohill have to be favourites for this one. But I wouldn't write off Fenagh - their battling spirit impressed me against Ballinamore and they will push the champions all the way here.

Memories of so many great battles flood back when this game comes up. The Willies were clear winners against Allen Gaels so will be in good form but Ballinamore have shown enough in two narrow defeats so far to suggest that making the quarter-finals won't be a problem. Aughawillan would love to put O'Heslins in a real pickle by beating them here but I think Ballinamore will finally get their first win.

This has all the makings of a thriller. Leitrim Gaels beat their Kinlough foes last year in an historic first senior championship win while the Gaels were unlucky to lose by eight to Glencar Manorhamilton, Luke Sheridan making a string of vital saves to deny them at least three goals. Leitrim weren't fully firing all on cylinders against their neighbours, they will be better next Saturday but Melvin Gaels have a score to settle here - this could end up in a draw easily enough but if forced, I'll pick Leitrim Gaels to win.

Whatever doubts were rising about Glencar Manor, they answered in style last Saturday by beating Melvin Gaels and they know a win over Gortletteragh would almost certainly ensure a place in the quarter-finals. Gortletteragh desperately need to have a fit Jack Heslin back in their ranks. if they get that, they have a great chance but you've got to think that the north Leitrim men, at home, have the momentum now. Glencar Manorhamilton for the win

The fact that this is Carrigallen's first outing puts them at a disadvantage but you've got to think there is no better game for them to play than facing Aughavas at home - nothing will get them up for a game like this. Aughavas battled hard to beat Bornacoola at the weekend and fitness won't be an issue but you've got to think that a Carrigallen team who were unlucky in last year's semi-finals might have too much here.

A mountain derby here but a vital one for two teams that both lost last weekend. A lost here would leave the losers in a big hole so hard to know who to go for. Both battled well in their losses but you feel that Ballinaglera probably showed a little bit more in their loss to Annaduff. However, the talent in Aughnasheelin is there so you wouldn't be surprised if they emerged here.

Kiltubrid coming into their first game are at a disadvantage facing an Annaduff team who have already won and have had the 2020 final to get them up to speed. Kiltubrid, with some new young faces, will battle hard but you've got to think Annaduff will take it.

Bornacoola were unlucky against Aughavas while Drumreilly came out the right side of a close game against Drumkeerin. The Bors would have a younger line-up but getting the better of the Drumreilly warhorses is far easier said than done. Going with my gut, I'm going for Drumreilly but only after a real battle from the Bors.