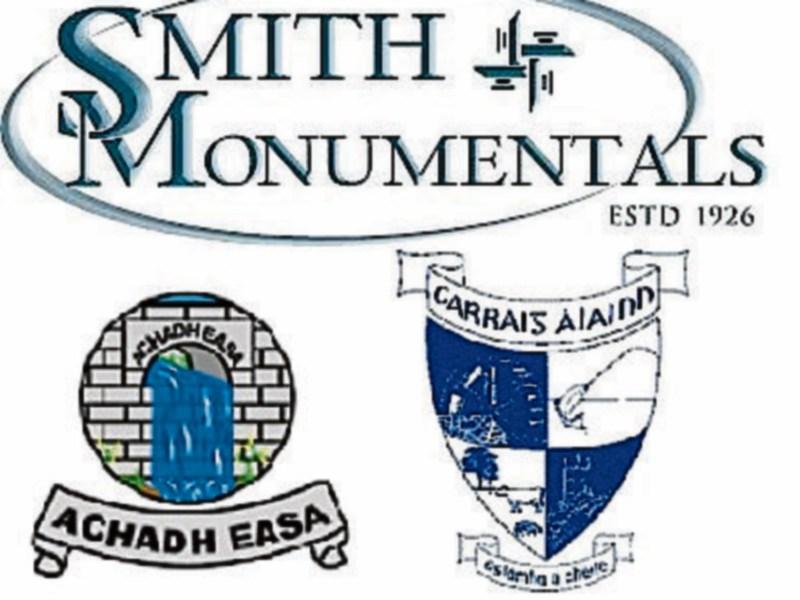 A strong first half display from Aughavas saw them claim the bragging rights as they proved too strong for neighbours Carrigallen in the Smith Monumentals IFC on Saturday.

Carrigallen’s first outing in the intermediate championship saw their neighbours, on the back of a good first round win, build up a seven point lead by the halftime break as they hit 11 points to just four from Carrigallen.

Carrigallen did hold Aughavas to just 1-2 in the second half but they were only able to replicate their first half showing, scoring four points in a sobering outing for last year’s semi-finalists.

The win almost certainly books Aughavas’ place in the quarter-finals as the 2020 Junior champions have really hit the ground running and they will certainly be up for the challenge of facing yet another neighbour in Drumreilly in the next round.

Carrigallen opened the scoring with an Eoin Ward point after two minutes but five unanswered points over the next six minutes put Aughavas in control, scores from Seamus Sweeney (three frees) and Colin Maguire (2).

Marc Dolan and Padraig Doyle swapped points with Sweeney and Sean McKiernan before Sweeney converted from a mark. A mark, or to be correct, one not called for landed Sweeney his next score after a Carrigallen player was called for over-carrying while good play from Fintan Gallogly saw him extend the lead.

Carrigallen had a number of chances but only had a Dolan point to show for their efforts but Eoin Kenny finished the scoring in the half after a great surging run led to a point and a 0-11 to 0-4 halftime lead for Aughavas.

Both sides kicked some bad wides in the first ten minutes and the first score arrived from the penalty spot after it was adjudged that a footblock had been made on Niall McCabe as he shot for goal. However, Seamus Sweeney sent the ball over the bar with Niall Maguire replacing the injured McCabe.

Carrigallen put on a bit of a surge with points from Derek Reilly (2) and Ciaran Kenny but their progress was wiped out when David “Black” Charles lobbed Enda Lyons after a good move involving Kieran Moran, Gallogly and Sweeney.

Carrigallen’s faint hopes were helped by a black card for Daniel Hackett and Sean McKiernan finished his team’s scoring with a good point while Ciaran Kenny had the last score of the game from a free in added time.