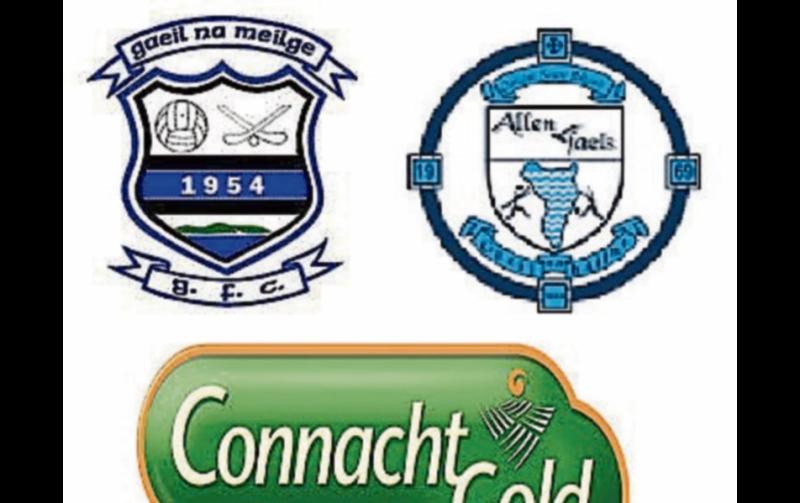 Melvin Gaels put in a storming performance to maintain their senior championship status for another year when they defeated Allen Gaels in Páirc Naomh Bríd on Saturday in what was a competitive relegation final.

Two first quarter goals by Michael Ferguson and Conor Sheridan put Melvin Gaels in command. Allen Gaels answered with an Emmett Moran goal but this really only kept the Drumshanbo men in the hunt and was not by any means sufficient to turn the tables on their rivals.

While Allen Gaels only trailed Melvin Gaels by three points at the break they didn’t have the firepower or sufficient ball possession to turn the game around in the second half, despite good performances by about six or seven players on the Drumshanbo side.

Melvin Gaels didn’t make victory easy for themselves to achieve. They had a player black carded for ten minute spells in each half and they finished the game with 14 players.

Darragh Rooney opened the scoring in the game when fired over a first minute point. But Allen Gaels Emmett Moran squared matters for his side four minutes later.

Allen Gaels had a let off when Michael Ferguson drove a clear-cut goal chance inches wide but Ferguson made amends in the following minute when he fired to the net. Rooney increased Melvin Gaels advantage shortly afterwards when he shot over.

But James Flynn kept Allen Gaels in the hunt when he converted a ninth minute free but Melvin Gaels struck for their second goal shortly afterwards when Conor Sheridan hammered home from close range after a defence splitting move.

Allen Gaels, in what was a good response, managed to find the Melvin Gaels net in the 12th minute when Emmet Moran finished well after being put through by Kevin Moran. Before the game’s first water break was called, Rooney whipped over a free that put Melvin Gaels ahead by 2-3 to 1-2.

After the resumption, Melvin Gaels were reduced to 14 players for a ten minute spell when Cillian McGloin was shown a black card. James Flynn narrowed the gap with a 27th minute free after Ciaran Walsh was fouled.

No excuses: Fans reminded that all club championship games are prepaid tickets as new system is hailed a great success

Rooney kept the scoreboard ticking over when he shot over almost immediately. A Radek Oberwan free prior to the break left his side trailing Melvin Gaels by 2-4 to 1-4 at halftime.

A Melvin Gaels surge in the opening ten minutes of the second saw them stretch their lead with points from Ferguson (free), J.J. Lipsett and Rooney. James Flynn opened Allen Gaels second half account when he put over a 44rth minute free.

Melvin Gaels finished the final quarter strongly with a fine long range point from Darragh Rooney while Peter McGowan and Rooney again pointed. Melvin Gaels were reduced to 14 players when Cillian McGloin received a straight red, and Ciaran Walsh closed the scoring in the game with a consolation point for Allen Gaels.