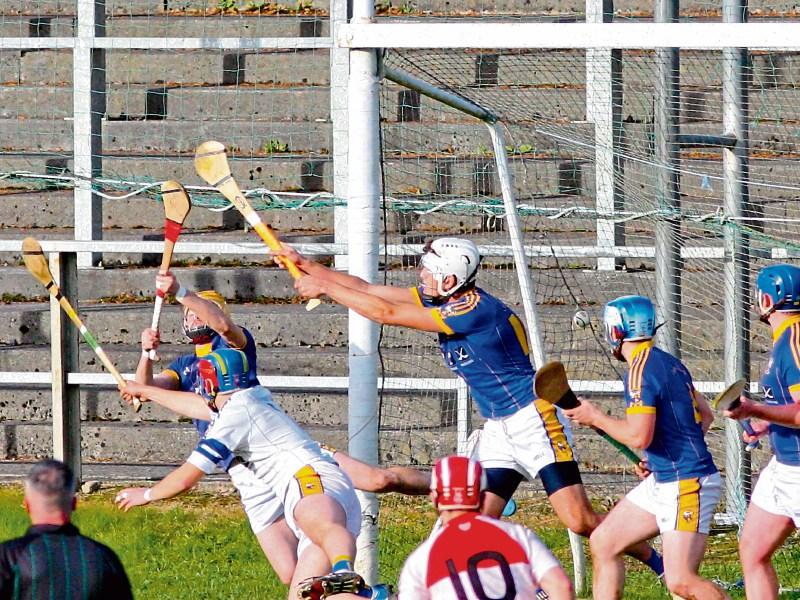 They say that third time is a charm and the hurlers of Cluainin will be hoping that is true as they seek to depose Carrick-on-Shannon in Saturday's Leitrim Senior Hurling Championship Final (2.30 pm throw-in) after suffering two heartbreaking and cruel defeats in the last two finals.

An injury time goal sent last year's final to extra time where Carrick struck for a second goal that gave them a 2-15 to 0-18 victory over a Cluainin team that had looked like certain winners for long periods, Gavin O'Hagan turning in a man of the match performance.

If that sounded like deja vu, it was because it was as Cluainin took the then Connacht Junior club hurling champions to extra time before a goal in extra-time from Stephen Goldrick, he who broke Manor's hearts a year later with two goals, struck the decisive score.

Looking at those two games, the lesson looks simple for Cluainin as they seek to regain the Stephen Dorrigan Cup for the first time since 2016 - stop Carrick scoring goals and the north Leitrim standard bearers have more than a chance.

It sounds simple but not so in practice as Carrick's run of four titles in a row saw them find the net eight times while Cluainin failed to do so. Only in the 2016 were Carrick comfortable victories and it has been the three-pointers that has consistently broken the hearts of Cluainin.

Racking up big scores hasn't been a problem for Cluainin and with players like Gavin O'Hagan and Karl McDermott, they possess a real scoring threat. Stopping the goals may be the hardest thing for them to do as Carrick have a knack of it, just as they did in the U17 Final on Monday!

What really impresses about Carrick's latest run of titles is that they have done it while introducing a host of new players that could go on to dominate the club game in the county for years to come.

With no clashes due to football, both teams should be somewhere near full strength and although the time of the year can militate against these teams producing the quality of hurling they are capable of, neither team will lack for motivation.

There is a real bite between these two, understandable enough when you consider that there are just two hurling teams in the county and the fact that the other stands in the way of one team achieving glory only adds to the frustration.

Yet when they don the county jersey, all that disappears and the superb work Cluainin have done over the years is reflected in the fact that not only have O'Hagan, Martin Feeney, Karl & Aaron McDermott and Paddy Clerkin become regulars with the Green & Gold, they are among the county's best and most consistent performers.

Carrick are not lacking for quality too and veterans like Paul Earley and the Moreton brothers are being backed up by the emerging Stephen Goldrick, Cian Mallon, Paul Mallon, Diarmuid Kelleher and Liam McNabola.

So what does all that tells us? Not a clue to be honest! Carrick would have been favoured to win the last two years but Cluainin were desperately unlucky not to win both and probably feel they left at least one, if not both, titles behind them.

Cluainin won't be lacking motivation but neither will Carrick - have the Carrick youngsters matured that bit more or will Cluainin's deep desire to regain the Stephen Dorrigan Cup drive them to finally get over the line? Impossible to know but if previous games are anything to do by, we will be on the edge of our seats until the final whistle!