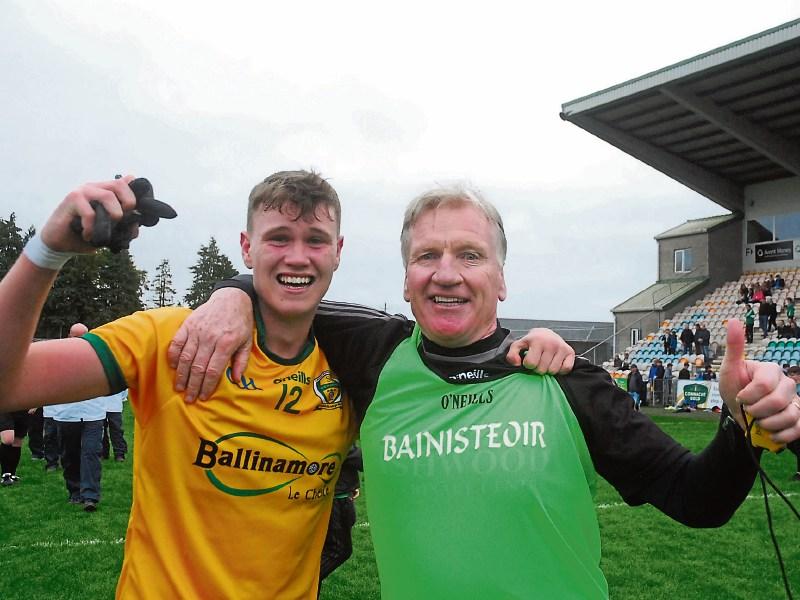 The curtain has barely fallen on the 2021 Leitrim Club season and already the three teams that have contested the last two County Senior Finals are on the lookout for new managers.

Champions Ballinamore Sean O'Heslins and finalists Mohill are on the lookout for new managers for the 2022 season as are 2020 finalists St Mary's Kiltoghert and Melvin Gaels as the managerial merry-go-round approaches full speed before the end of the year.

It was well known that former Longford boss Denis Connerton had stepped down from his position as manager of St Mary's Kiltoghert, leading them to an unexpected Senior Final appearance in 2020 and back to this year's semi-finals where they fell at the hands of eventual champions Ballinamore Sean O'Heslins.

Connerton had revitalised a St Mary's team attempting to juggle the influx of a lot of new players and marry them with some of their long serving veterans but he was left bitterly disappointed by their showing in this year's semi-final.

Then came the news last Saturday that former Liam Keenan had departed his job with Mohill to take over Longford Slashers. The former Longford star had taken over Mohill in the wake of Padraic Davis' departure at the end of 2018 and led them to the final in his first year before landing the title in 2020.

Mohill went through the campaign unbeaten this year before falling to Ballinamore in an epic County Final but the former champions are very much in a good place with Keenan introducing quite a number of new faces to the starting line-up over the past two years.

On Monday, word began to filter out of Ballinamore that Dominic Corrigan had stood down from his post, a move that was not quite a major surprise given his comments to the Irish News just days after the County Final when he expressed a desire to return to inter-county management.

In his comments to the Irish News, Corrigan said “I’m retiring in June, so after that I would look at it because I look at county management as a full-time position. I wouldn’t take anything on at the minute, I’m focusing on the MacRory Cup now that Ballinamore have brought the title home, but I wouldn’t rule out county management down the line.

“I’ve been linked and had plenty of enquiries but, certainly for the next 12 months, I’m happy where I’m at. After that we’ll see.”

However, there was hope that Corrigan would stay on after Ballinamore's strong performance against Mountbellew Moylough in the Connacht Club as he told the Leitrim Observer: “There is massive belief in there now and they know that on their day, that if they work hard, they are capable of matching anybody in the county and outside it.

However, Ballinamore Sean O'Heslins have moved swiftly as the Observer understands they have appointed selector Eddie Bouabbse as their new manager. Bouabbse, who is the director of coaching for Naomh Olaf GAA Club in Dublin, served with the former Fermanagh manager for all three years during his spell in charge of Ballinamore, ensuring continuity of the champions.

Melvin Gaels are also searching for a new manager after former Melvin Gaels and Leitrim star James Phelan stepped down from the post. The Kinlough men, who defeated Allen Gaels to maintain their Senior Championship status in the relegation final, have invited applications from interested parties with a closing date of Friday, December 10.

It all adds up to a growing sense of excitement about the 2022 Leitrim Club championship season with many clubs already plotting their way to glory for the coming year.