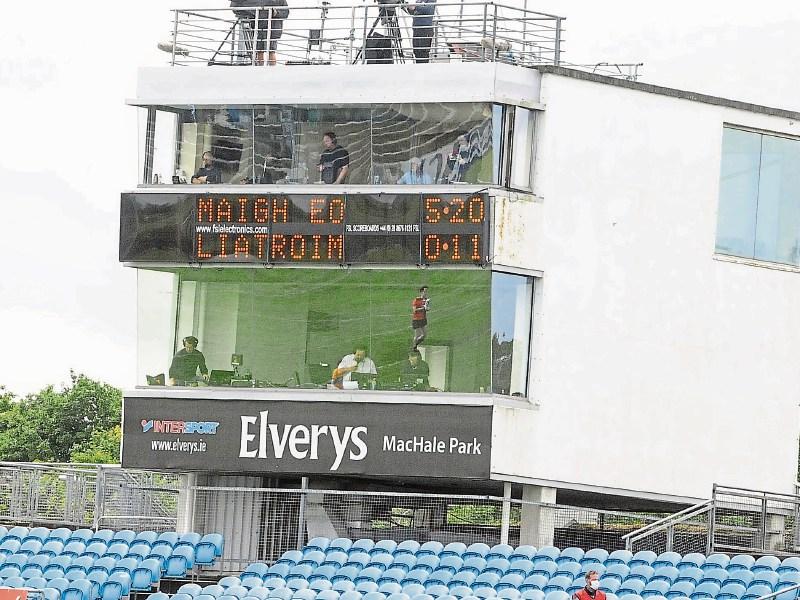 “It is my great pleasure to present to you my annual report on the activities of Coiste Chontae Liatroma, a year that continued through the pandemic that has just seemed to ebb and flow. While activities continued largely unhindered from the commencement of another delayed playing season, it is incredible to realise that we face into a third successive calendar year with this monstrosity of disruption and chaos still hanging over us.

Nonetheless, once activity for Inter County Teams commenced in late Spring, to be closely followed by club activity in June, it proved however to be a relatively satisfactory season from an organisational point of view, with all competitions concluded largely in line with what was set out in the Master Fixture Plans.

From a results point of view, it was an unprecedented year as we failed to win a competitive game at any inter county level from Under 17 upwards in either hurling or football. At least a yardstick for measured improvement has been set for 2022!

It was a year in which we found new and innovative ways of fundraising, with the hugely successful 50 Mile Challenge last January, to be followed by the Win a Wedding competition in mid Spring. Online meetings have become a norm and the digital age has flourished in this disrupted Covid era.

Every cloud has a silver lining and as we press on into the third decade of the not so new Millennium, many challenges lie ahead, we look forward to progress at all levels of activity.

While the knock-out nature of this year’s competition, with no second chances, may have presented us with a no hope venture to Castlebar, we would have felt that perhaps we could have performed much better. The group of players available to us at this time are much better than this but there is no point in offering excuses.

If anything we had become the poster boys for a change of structure at inter-county level as the narrative moved quickly to structure change. One has to feel sorry for the players, their families and team management in having to be put through this ordeal. We do have great respect for the time, sacrifices and effort they have put into representing us at this level and we thank them for that. In the current social media and discussion forum era, it can be hard to read and listen to some of the narrative.

Our organisation is reluctant in its acceptance of any manner of change and that has always been the case, all the way from local to national level. Preservation of comfortable positions that almost guarantee a prolonged tenure in the All-Ireland race does nothing for those of us who appear to make up the numbers.

Out of 123 Provincial Championships that have been played for that we have been entitled to contest we have won two. Since our last provincial success in 1994 we have won just three games in this competition, playing opposition that didn’t include London or New York, without being disrespectful to these valiant opponents.

While we now accept that any new structure will more than likely include a provincial element, there remains a great challenge on the new committee recently put in place by the Uachtarán to come up with something innovative and new that will be acceptable to all and above all will motivate our players to continue to pour in sacrifice on top of effort without having to fear the despair element that accompanied us on road home from Castlebar last July.

The Association was split down the middle the last day out on the issue of change. There was a general acceptance that change is required in order to make our competitions more equitable for all. We look forward to the next raft of proposals and in the meantime we will prepare for the 2022 season.

What was largely disappointing at the knockout stages was the one sided nature of three of our quarter-finals of the Connacht Gold Senior Football Championship. This was compounded by a one sided semi-final but few could argue against the fact that eventually, the two best sides in the county qualified for the October 17 decider, holders Mohill versus a former kingpin, Ballinamore Sean O Heslin’s.

We were delighted to announce at that time that for the first time ever, GAA BEO was to beam the final out live to the nation. While the nation may not have held its breath waiting for this event to happen, we certainly did, in the hope that these two fine teams would perform to their true potential.

They didn’t disappoint and after a rip roaring contest that moved from end to end, the young men from Ceannabo came with a perfectly timed late rally to snatch the title at the death.

In doing so they ended 31 years of hurt and disappointment. If the people of Ballinamore were delighted with their win, we were most pleased with the spectacle that had unfolded in front of us and the quality and excitement of the final earned well deserved rave reviews the length and breath of the country.

It has been an excellent financial year for Leitrim GAA. The success of the January Challenge was unprecedented. A modest, but what was considered realistic, target was greatly surpassed as Leitrim people all across the globe got involved.

While we were delighted to surpass €100k, it achieved much more than the mere gathering of money in what otherwise was a dark January. The coming together online of Leitrim people in many far flung and near places to tell their story was a joy to behold. The unifying force that prevailed was inspiring and got people moving and out and about.

I said it last year at this stage of this report that we would forward to brighter days ahead. Twelve months on I repeat those same words. While we remain dealing with a certain degree of uncertainty, there is more hope at this stage that with what we deal with here, a new normal has embedded and teams continue to play games. That is positive.

Yes, we face a few months of continuing with dealing and emerging from the curse that visited our lives over these past 21 months but the show goes on. We look forward to FBD League in the Dome on January 4, as a new season begins, and hopefully we will see you all in Avant Money Páirc Seán Mac Diarmada on January 30, as we welcome neighbours Cavan for the first Allianz League Match of 2022!

Finally, I offer the sympathies of Leitrim GAA to all who may have suffered bereavements over the past twelve months. While it dangerous to get into mentioning names, we think particularly at this time of the families of the late Packie McGarty and Cathal Flynn, two soulmates and teammates from a by gone era who terrorised defences across the province and beyond.

See www.leitrimobserver.ie for more news from the Leitrim GAA County Board Convention