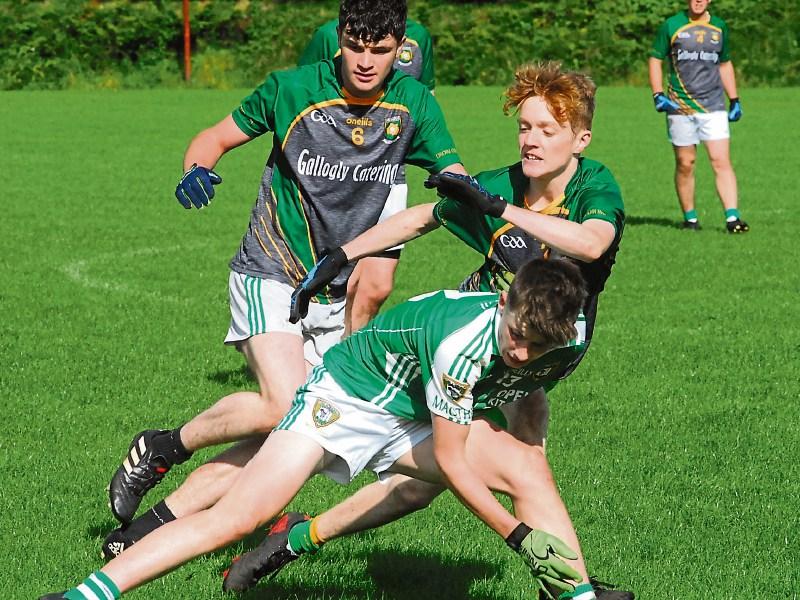 This the season for a GAA controversy, at least that’s the distinct impression I get after a campaign exploded into the public’s consciousness last weekend to get Croke Park to reverse the age limit of Minor competitions from U17 back to U18. And boy did it hit the public's consciousness.

As sure as the Barry’s Tea ad appearing on TV in the run-up to Christmas and the ever-shortening days as the end of the year fast approaches, it is time for the GAA closed season controversy, one usually prompted by the proximity of that other great end of year GAA tradition, the County Convention.

Traditionally, this is the time of year we hear about poor club footballers being forced to endure some god awful conditions as they plough their way through mud and water in pursuit of glory. The Covid-19 pandemic ended that debate when, by necessity, the GAA adopted a spilt season in 2020 and it has worked a treat although if you've been playing or going to matches over the last few weeks, it is not exactly championship weather right now.

So now we need a new topic to get the chattering classes of the GAA all riled up!

Wait for the old favourite of Dublin’s disproportionate coaching funding getting an airing - look out for it in the coming days, it's a hardy annual! Lest anyone think I’m dismissing that out of hand, there are lots of valid points in that debate but maybe those seeking change are aiming at the wrong target?

Much of the GAA’s coaching funding comes through Sport Ireland and the Government and, ask anyone looking to develop sports and school facilities on the western seaboard, their holy grail has always been population figures rather than perceived need.

Change that mantra where the needs of the few (Leitrim) are given the same weight as the many (Dublin & eastern seaboard) and you might finally see real change. But it is an issue the GAA are going to have to grasp at some stage.

I digress - the hot topic right now is the GAA’s decision to reduce the age of “Minor” competitions back to U17 from U18, a decision taken more than four years ago but now is suddenly being called the death knell of small rural clubs. We hear tales of virtually entire teams of young players no longer playing because of this one, seemingly, small change to age groups.

The gap to Senior football is simply too big, too vast of a chasm for 17 year olds to overcome and allowing young footballers to continue playing minor football for that extra year, along with adult football, will keep them involved for longer. We're even told that this one year makes all the difference in imbuing these young footballers with the ethos and spirit of the Association, imperilling the very future of the GAA!

Something needs to be done and the instant cure, apparently, is restoring the age group to U18 and hey presto, all is right with the world! But is it really that simple?

For some, the desire to restore the Minor grade to U18 looks rooted in tradition, the idea of the Minor final before the Senior decider a potent one in the GAA lexicon. But tradition is not always what it seems!

The first All-Ireland Minor Football Final was not held until 1929 but the life of young footballer was much different back then. Most people left education after primary school and many were working full-time jobs while still eligible for the Minor grade. That was until 1967 when free second level education was introduced and everything changed after that.

Tradition is all well and good, I'm a great believer in it, but you've got to reflect the realities of modern life in this country too.

Remember too that prior to changing the age groups from U18 to U17 back in 2018, that players in the U17 age group could not play adult football anyway so, apart from overloading a particular cohort of players, I wonder where the benefit to reverting to U18 is going to come from?

The big problem, as I see it, is that these young players were the backbone of second and third string teams and some clubs are struggling to field these teams. From the outside looking in, I've often got the impression that young players are regarded as more of an inexhaustible commodity, rather than a precious resource to be nurtured for the years ahead.

The notion of young players playing multiple games at various ages and grades simply because they’re young and it won’t do them any harm is still widespread!

To be honest, I’ve absolutely no preference one way or the other to whether “Minor” is U17 or U18 but I do understand the reasoning behind the decision.

Cast your mind back to 2017 before the new age groups came in and remember the chaos that regularly clogged up adult and juvenile fixtures due to one or two youngsters being involved with both teams.

That system put enormous strain on young footballers who, so we’re being told by those seeking a return to the old days, aren’t physically mature enough to play adult football but we want them to combine juvenile and adult football and all while preparing for the biggest exam of their young lives.

Exams are the hidden key to all this. Easing the burden placed on youngsters sitting their Leaving Cert but facing intolerable pressure to play county, to play for their club at a time when they need to be focussing on an exam that has a life-changing bearing on their future lives was a decisive factor in the GAA's decision. And when you factor in schools football, I often wondered when exactly do these young players get a break?

So it was a no-brainer on the part of the GAA to remove that stress from a young footballers’ life, something to be admired rather than reviled - a sporting organisation taking a decision for the long term good of their most overplayed members.

Maybe the problem of dropout lies more with the intolerable pressure young people face when it comes to state exams rather than changing an age group to U17? It is no coincidence that the age when the biggest drop out rate hits coincides exactly with the Junior & Leaving Certificate exams!

Other factors come into play much more than changing an age grade - young people move away from home for college or work or travel and other things become more important in their lives. The structure and routine they had in their daily lives at home is no longer there, exacerbating the dropout rate.

These are problems that can’t be solved by Croke Park or Sport Ireland or any other governing body but would switching the age back to U18 make a big difference, I wonder, to the vast majority of players in that bracket?

Leitrim Gaels' Daniel O’Sullivan and Ballinamore Sean O’Heslins' Michael McKiernan and numerous others made a big impact with their club's first teams this year while there is no better example than Pearse Dolan and Mark Plunkett who starred in Aughawillan’s epic 2014 County Senior Final triumph while still both 17-years-of age?

Those lads might be regarded as outliers but the basic premise is that if you are good enough and interested enough, you’ll get to play with an adult team whether you are 17 or 44 years old.

All sports recognise that it takes young men a few years to physically mature for the rigours of adult competition, particularly in a contact sport, and not all of them are going to be playing with their first teams straight away and that is why we have second string teams.

But as much as we have to think of these young players, we've got to think about the rest of our adult players too. We've gone through a big campaign over the last few years for club players to be treated with respect but up until that rule change back in 2018, the clash between juvenile and adult fixtures put enormous strain on everybody, young and old, a strain that has disappeared thankfully with the new age groups and one that allows the timely completion of competitions at adult and juvenile level - so a big win for everyone.

But some want to go back to the old ways and I'm mystified. Now, I’m going to propose a solution that will give us the best of both worlds - raise Minor back to U18 by all means but extend the prohibition on players in that age group from playing for adult teams. If the needs of the players are truly at the heart of this proposal, nobody will disagree and we’ll have solved another great GAA controversy!