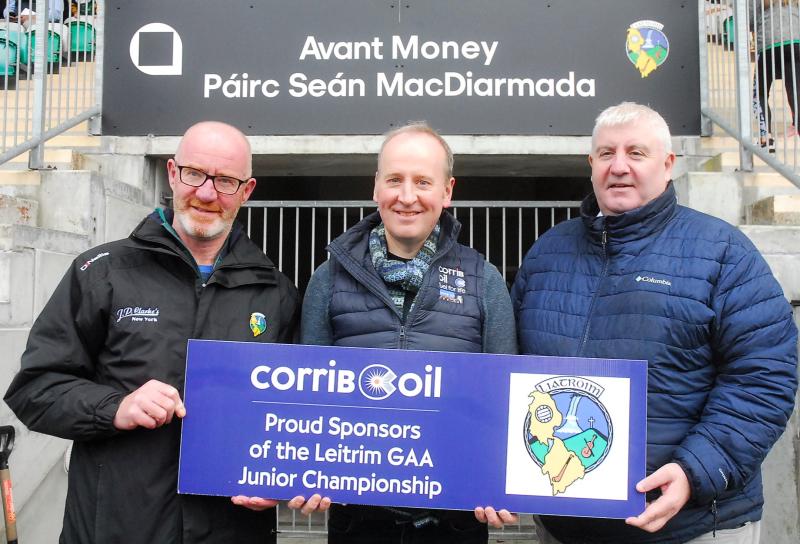 "It has been an excellent financial year for Leitrim GAA" writes Leitrim GAA County Board Secretary Declan Bohan ahead of next Monday's County Board Convention which will be held online, stressing the thanks of Leitrim GAA to the many sponsors who supported them during a diffiucult year.

"It hasn’t been an easy year for our many sponsors," writes Declan, "Cisteoir Martin will have dealt with this aspect in much greater detail but suffice it for me to say on behalf of Coiste Chontae Liatroma, we are greatly indebted to the many who have backed us over 2021. We look forward to continuing our good relationship over the coming year. Personally I wish to thank our Cisteoir Martin McCartin for returning an excellent financial year."

"While we were delighted to surpass €100k, it achieved much more than the mere gathering of money in what otherwise was a dark January. The coming together online of Leitrim people in many far flung and near places to tell their story was a joy to behold. The unifying force that prevailed was inspiring and got people moving and out and about.

"The brainchild of Manorhamilton’s Adrian O Flynn was a monumental success and we are grateful to the organising committee which included Eamonn Duignan, Mike Feeney, Padraig White, Brendan Doyle, Brian Blake and the main officers of this board. The 2022 version was launched on Saturday December 4, and we look forward to a successful January on the byways and highways."

Declan also highlighted the success of the "Win a Wedding" fundraiser and the Leitrim Supporters Club is his report: "In partnership with Lough Rynn Castle, the ‘Win a Wedding’ fundraising competition was most successful. Different completely from any other fundraising venture ever undertaken by Leitrim GAA, it appealed to whole new base.

"It’s not everyone who is planning a wedding but there is no one who would turn down the opportunity of a €25k wedding in Lough Rynn Castle for a €25 stake. So it proved for one Sligo punter who took the main prize on the very day that they arrived at the venue to finalise plans for their big day!

"While this event had an organising committee behind it, the efforts of Brendan Doyle behind the scenes in ensuring the success of this venture cannot be overstated. Well done Brendan for the countless time spent working on this, in association with our friends at Lough Rynn Castle to whom we are much appreciative of in joining us on this promotion.

"The Leitrim GAA Supporters Club, devoid of its normal Croke Park launch, still managed to produce the goods. This year’s version, with an online launch, was taken in partnership with the clubs of Leitrim. A mutually beneficial venture ticked a lot of its normal boxes, raised funds that was on a par with any other year but, crucially this time, afforded the clubs of the county to benefit.