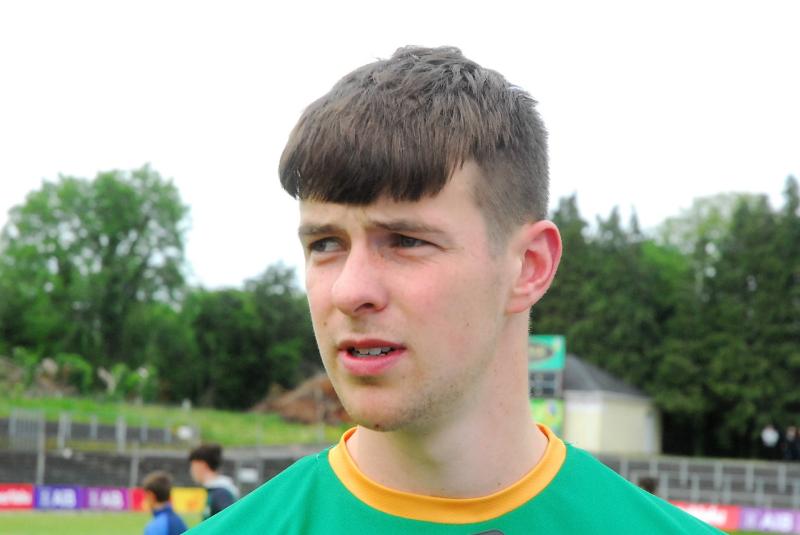 Worries that counties and players wouldn’t buy into the inaugural Tailteann Cup have been well and truly shattered over the past two weeks with some wonderful contests and thrilling games, writes John Connolly.

County Leitrim’s debutant and goal scorer Jordan Reynolds as a big fan of the new competition too: “It is strange enough after a game like that to have everyone happy but I think it is just the excitement that we are competing here. I am all for the Tailteann Cup personally, I think it is great.

“We are competing and there is nothing more demoralising that going out against Galway and getting the beating there but this sort of thing is what you want, competing in the championship and look at the support we got, it is great.”

For the young Mohill man, Sunday’s game brought conflicting feelings with the disappointment of defeat mingling with the pride in actually making his Leitrim debut against Antrim and then scoring a cracking goal against Sligo.

“It was nice to make the debut last week and build on it again this week but losing a game that way isn’t nice but it is what it is. It is something to build on for next year, we had a great year and we just have to keep pushing on and that’s it.

“I hurt my hip at the start of the year and I didn’t think I’d be coming back. I remember in London we set out goals to make my Senior county debut and I remember in London thinking it wouldn’t happen for me this year but I was lucky I kept digging at it and lucky enough I got my chance when it came and I have to build on it.”

Asked if he remembered much about his goal, Jordan said “I do remember it but Keith’s one topped it all over, it was a great score. Two big moments where we needed to get the score and thankfully we did.”

The young Leitrim man also thanked the fans for their support on Sunday: “I was just saying to the lads when we went in for extra time that I never heard anything like it, the biggest roar I ever had on the pitch before. It is great to have the supporters here but it would have been nice to give them the win.”