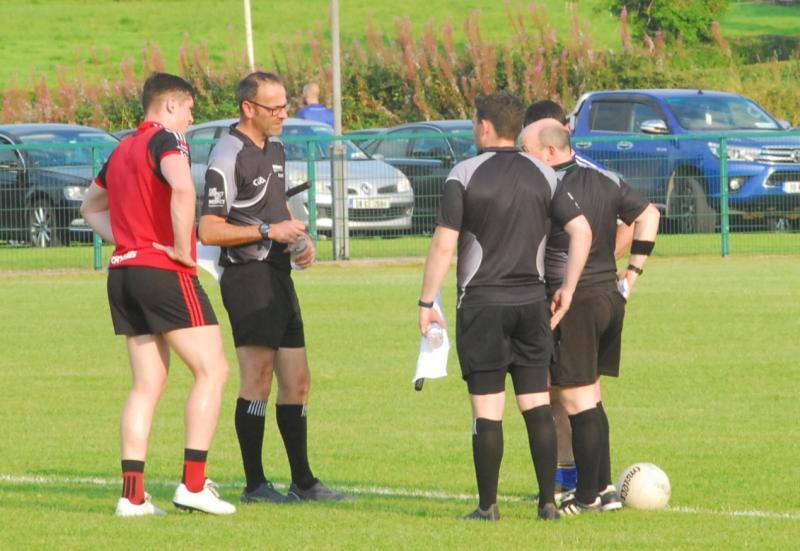 What a week we’ve had in sport and I’m not talking about what strictly goes on the field, court or track. Unfortunately, it was more of the depressing end of things that leaves you wondering exactly where we’re  going rather than enjoying  the uplifting feeling we normally associate with sport.

I had thought of writing a column about a fictional Transfer Deadline Day in the Gaelic Football world  - for the record, David Clifford, Con O’Callaghan & James McCarthy would be my top three targets for Leitrim while on a club setting, I’d imagine many a Leitrim club breaking the bank to get Keith Beirne or Ryan O’Rourke in their colours.

As a devoted Toffee, I kept track of TDD, as Sky and all the other media outlets devoted to endlessly hyping up the close of the transfer window last Thursday call it, as close as any other fan, regularly checking in to see if we’d finally get our hands on a striker and who else we might get across the line.

Amadou Onana already seems like a bargain at €35 million but writing those words stops me in my tracks - Onana certainly looks worth the money, by the standards of today’s transfer market, but at 21 years of age, he is hardly a proven performer and that sums up the problem for the Premier League.

While they endlessly boast about how the Premier League has spent more than the other top leagues in Europe combined, they don’t realise they are sitting on the edge of a precipice and the fall could leave the English game in ruins.

Ajax said they didn’t want to sell Antony to Manchester United but the money that came in was just too good to refuse. The €85 million fee doesn’t stand out only because we’ve seen players bought and sold for sums so far in excess of that exorbitant fee that it actually seems normal.

No, Ajax had to sell but the fee also came with almost a Premier League tax on top of it - I’d imagine if Real Madrid or Barcelona had knocked on Ajax’s door, the fee might have been half what United paid for him or the €35 million Everton forked out for Onana but that is the very real price English clubs are paying.

What makes it  almost criminal is that in the run-up to Saturday’s Merseyside derby, Everton fans were operating a food bank outside Goodison Park  to help those who can’t afford to put food on their tables. And, in a solidarity typical of the city's socialist leanings, Toffee fans have been joined by Liverpool supporters groups in the campaign to ease suffering.

Both Everton and Liverpool are proud of the social conscience of their fans, particularly when the “Sign On” chant is regularly flung in their faces every time their team goes out on the field but the feel-good story can’t eclipse the absurdity of the situation where Everton hand over €35 million for Onana and Liverpool shell out what could be up to €85 million for Darwin Nunez while people rely on  food banks in this own city - it is a staggering contradiction.

Much of the money that drives this staggering TDD expenditure comes from television rights so it is no surprise that Sky Sports News have managed to almost make a national holiday out of TDD, a celebration of excess where the interests of agents seem to benefit most of all.

We’ve all heard stories of agents being paid by both the buying and selling club and the player himself to secure a move, a situation that borders on criminal and a clear conflict of interest. You have to wonder how in American sports - the most capitalist country on the planet where money is the one true God -that agents are, by law, only allowed to work for one party in a negotiation - the player!

The more you think about it, the less it makes sense - I have no problem with players moving clubs for better opportunities and higher wages, we’d all do the same in our working lives but at a time when it seems the entire world is facing a cost of living crisis and fuel costs are going through the roof, the sums of money being spent on acquiring the talents of players seems obscene.

Whatever about financially, the situation is absurd morally and one that leaves you with your head in your hands - much the same way as I reacted when I watched the footage of Kevin Naughton allegedly being assaulted as he refereed a Roscommon minor club game involving St Aidan’s and St Dominic’s in Ballyforan last Wednesday evening.

I’m not going to delve into what happened,  it will be before the courts soon enough but as someone who has written a few columns on the challenges facing referees, sadly this is not a new phenomenon for the GAA.

I’m not going to bash the GAA for incidents any more than I’d bash a local pub for two gobshites clattering the hell out of each other after hours on a Saturday night. People are responsible for their own actions and should be held accountable.

Where there is a problem is that there is a  surprising tolerance out there for this sort of behaviour. There are idiots and fools who ask “what did the referee do” as if he deserved it  in much the same way as there is a belief that once a final whistle sounds, you're supposed to forget all about some lad breaking the jaw of an opponent!

If I had my way, deliberate violence on the field of play should be dealt with the same as if it happened on any Main Street - in a court of law and to hell with ‘what happens on the field, stay on the field’ mantra we usually hear.

We tell ourselves that sport teaches us discipline and respect but I’ve got to wonder what example is being set. The incident in Roscommon came in an underage game for God’s sake and it is not as if we have to look across county borders for examples in our own patch of home.

A recent club underage game in this county ended with the referee being verbally abused in most alarming terms by both players and their management  - heavy suspensions have been doled out but I’ve heard of people defending the perpetrators of the abuse, retreating to the old tropes of “the referee made terrible decisions,” etc, etc, etc.

I wonder how those who abuse a referee would react if I arrived at their place of work or where they go to school or their home and screamed  abuse at  them in the same manner? Would I be treating them with respect and  dignity? Or would they think 'ah yeah Connolly has a point' and let it go, saying it is all the heat of the moment?

I’ve got abuse down through the years over stuff I’ve written in the Observer, some pretty hot and even threatening, and it's not pleasant but I don’t get it every single game and every single decision I make, the way some referees do. Standing listening to the abuse from the stands, let alone what they’re getting from players and managers, I really don’t know how they do it.

It is not that big a leap from what that referee in Leitrim endured to what poor Kevin Naughton endured in Ballyforan last week. Think that is hyperbole? The more we normalise the ritual abuse of referees game in, game out, the easier it is to go from mere words to physical assault.

No more than the excessive money being spent on transfer fees, there is an explosion waiting to happen as referees suffer abuse, physical and verbal, up and down the country. I wonder if we will do something about it or just wring our hands and mouth platitudes when it invariably does happen? That’s the real question.