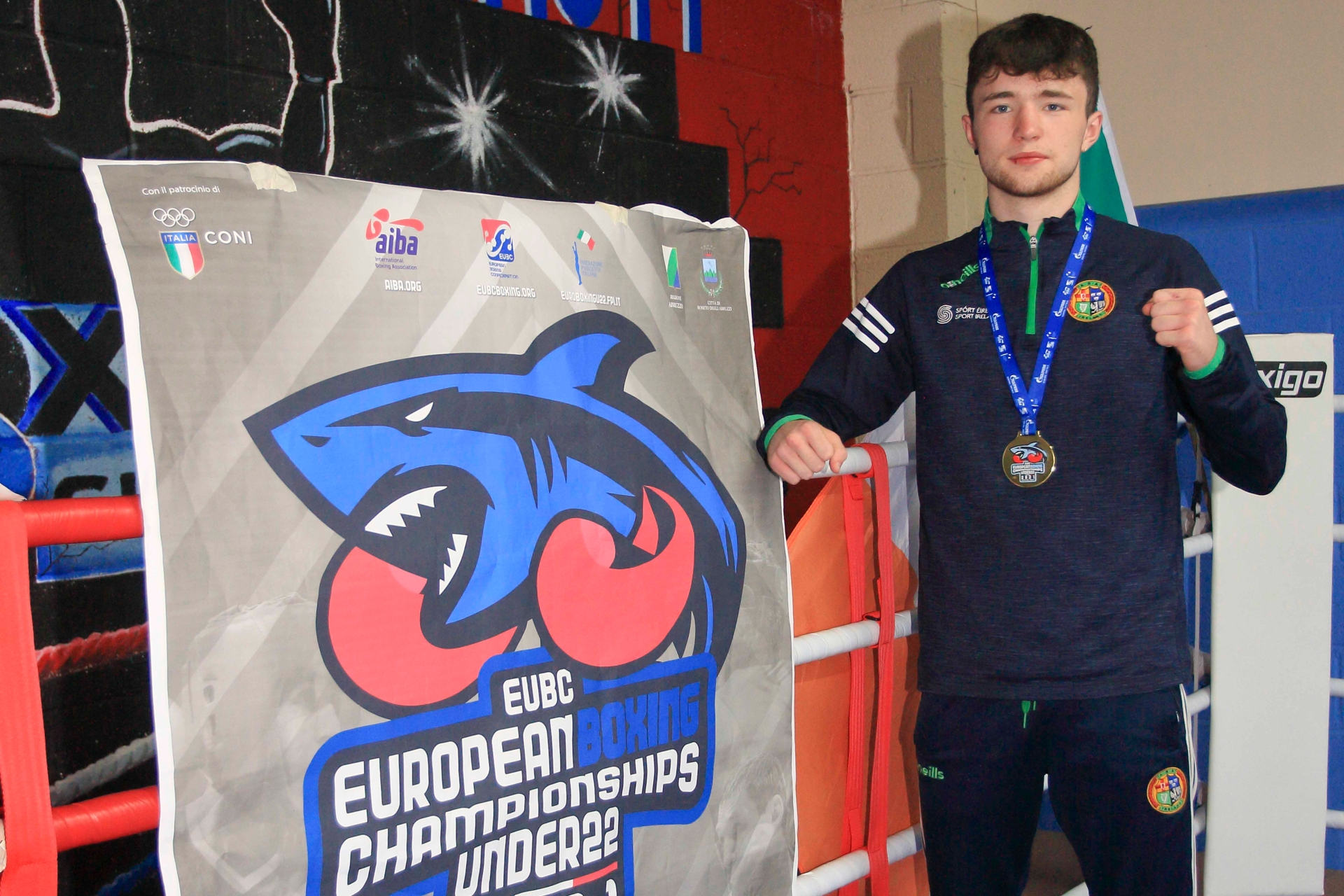 He may have just won a European title but Manorhamilton club boxer Dean Clancy is already setting his sights on the Paris 2024 Olympics. So much so that by the time you read this, the Sligo fighter is already back in full training and looking forward to greater challenges after his historic European U22 63 kg victory in Italy.

The small tightly knit boxing community in Sean McDermott Boxing Club in Manorhamilton were joined by Dean’s family and friends last Saturday night for a celebration of Dean’s wonderful achievement, the obligatory tour around the town in between torrents of rain not dampening the excitement and pride in any way. And James Molloy were there to capture images from the event on behalf of the Leitrim Obsever.

You know it is a big deal when a World champion walks in the door and he is not the main attraction! But then former WBC-NABF middleweight champion Jason Quigley travelled all the way from Ballybofey in Donegal to join in the celebrations and the warmth of the greetings underlining the camaraderie and friendship in the sport.

And it is clear that Dean has been moved by the reception to his victory: “It is a dream come true, I fell short in two European Championships before so I know what it is like to lose in the final. To actually win a Final, it was a dream come true. Boxing is Ireland’s most successful Olympic sport and the attention I’ve been getting over the last couple of weeks has been crazy and it means a lot to me.

“The support has been crazy the last couple of weeks, people are still contacting me and it means so much to me. It was lovely, the support I’ve been getting is crazy, it is good for me, good for the town and good for Irish boxing,” said Dean who described himself as “Sligo Leitrim - love both!”