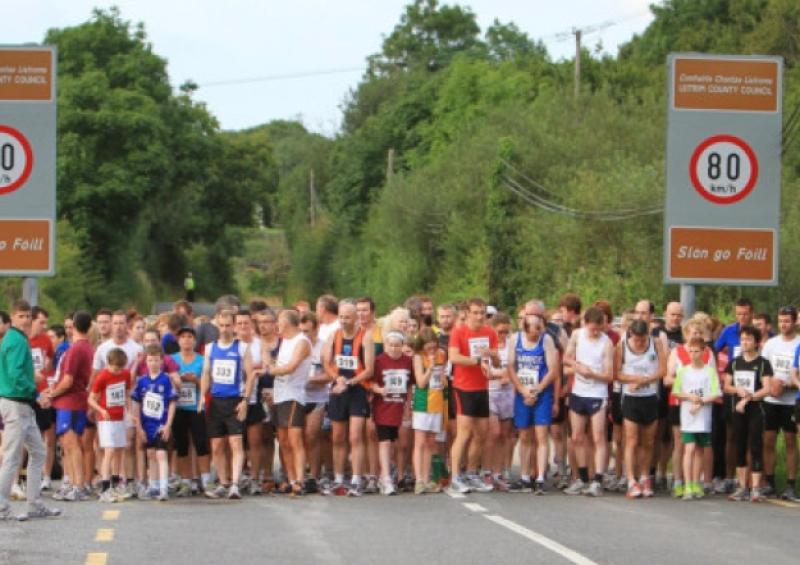 Even though it did not prove possible to hold the August Family Festival this year Ballinamore Athletic Club are going ahead with the Open 10K and 5K on Friday evening, August 20, at 7 pm.

The 5K includes both a competitive race and a fun run with every competitor in both races receiving accurate timing over an approved AAI Course as well as having an opportunity of competing for prizes.

Ballinamore Athletic Club have been running a competition in conjunction with and as part of the Festival since 1968. For the first forty years this has usually been in the form of short local road races, mainly for younger athletes. However, in 1970 the club was fortunate to secure the right to hold the National Marathon during the Festival.

This was long before mass distance running and marathon running for women became popular and usually around thirty men would contest the Championship each year. Donegal’s Danny McDaid won the event in Ballinamore and went on to represent Ireland in the marathon in the Munich Olympics.

The following year the Club hosted the annual O'Duffy Cup match between Connacht and Ulster at the Sean O Heslin GAA Park. The club had some representatives on the Connacht team but the visitors emerged victorious after a close contest.

In 2008 the Club established a 5K road race to mark Colin Griffin’s selection to represent Ireland in the Beijing Olympics. Two years later a 10K was added and the double event replaced the under age races as part of the Festival.

Neither races nor Festival was possible last year but this year the races are back, albeit subject to Covid restrictions which will not affect the races themselves.

Entries can still be made on the link https://www. njuko.net/ballinamore2021 until midnight on Thursday August 19.

Race numbers will be available from 6 pm at Ballinamore Sports Hall with no additional registration required.

The races commence at 7.30 pm a short distance from the Sports Hall and finish as usual beside the Primary School. Enquiries can be made to 089 2129811.