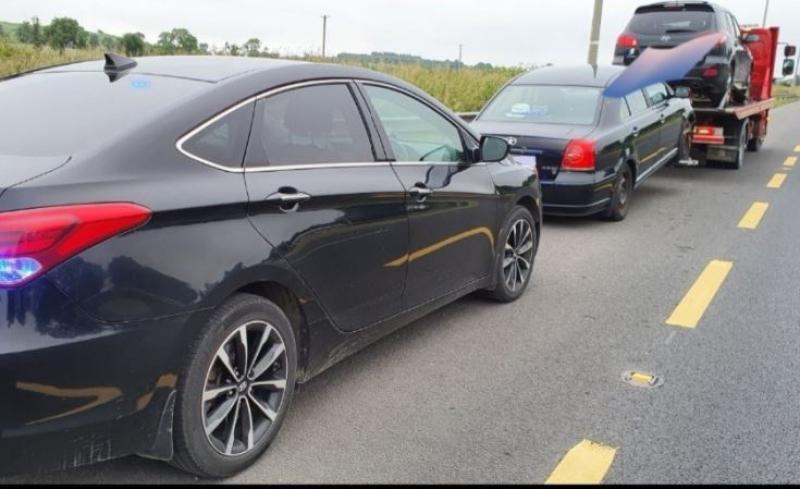 A car undertook a Naas Roads Policing Unit patrol car travelling at 135kph on the N7 a 100 km per hour zone.

It emerged the motorist was an unaccompanied Learner Permit holder with no L-Plates, was uninsured to drive and had no tax or NCT on car.

The vehicle was seized (above) and Fixed Charge Penalty Notices were issued and a court appearance will follow.

Several motorists were found travelling above the speed limit, with one found to be speeding at 84 km per hour in a 50 km per hour zone.

Fixed Charge Penalty Notices were issued to all motorists who breached the limits.

Meanwhile a car was detected travelling at 164kph in a 100 km per hour on the N7.

The car was stopped and the driver was found to an unaccompanied learner with no L-Plates.

The car was seized at the scene and court proceedings will follow.