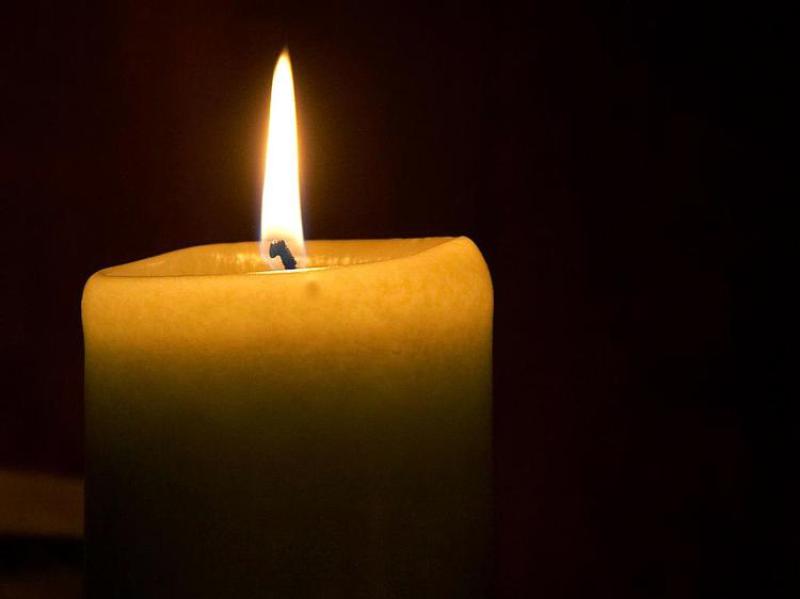 In accordance with current government guidelines a private funeral Mass for family and friends will be celebrated in St. John and Paul's Church, Shannon on Thursday (19th August) at 2pm followed by burial afterwards in Illaunamanagh Cemetery. Funeral mass can be viewed live on www.shannonparish.ie/webcam. Family flowers only. Donations, if desired, to Family Carers http://www.familycarers.ie/donate. Messages of sympathy can be sent to McMahon Funeral Directors.

Due to government Covid-19 advice regarding public gatherings, a private funeral will take place. Those who wish to, may leave a message of condolence in the “Condolences” section at www.rip.ie page. Family flowers only please. Donations in lieu to St. Francis Hospice at www.sfh.ie. House private.

Reposing at McGloin's Funeral Home, Cliffoney from 7pm to 8.30pm on Wednesday, 18th August. Mass of the Resurrection on Thursday, 19th August, at 11am at the Church of the Annunciation, Mullies, Co. Leitrim, followed by burial afterwards in the adjoining Cemetery. Family flowers only, donations in lieu, if so desired, to Alzheimer's Society of Ireland c/o Murphy & Fox Funeral Directors. Terry's Funeral will be held within current government and HSE guidelines. The Funeral Mass can be viewed on the Cloonclare Killasnett Parish Facebook Page. The Rooney family thank you for your understanding at this difficult time.

Kathleen O'Gorman, Sea Rd, Bundoran, Co. Donegal. 17th August 2021, peacefully in the loving care of all at the Shannon Lodge Nursing Home, Rooskey, Co. Roscommom. Daughter of the late Hugh & Mary O'Gorman, sister-in-law of the late Sally O'Gorman and aunt of the late baby Hugh O'Gorman . She will be deeply and sincerely regretted by her loving brother Jim, her adoring nieces and nephews Margaret (Martin), Sarah (Aidan), Brendan & James (Elizabeth), her grand nephews Elijah, Hugh & James and all her many relatives especially Mary (Jim) Herrity, neighbours and friends.

Reposing at Breslin's Funeral Home, West End, Bundoran, this Thursday, 19th August, from 4pm to 7pm for family, relatives, neighbours and friends to call. Please adhere to the current guidelines regarding face coverings and social distancing. Removal from the Funeral Home on Friday morning, 20th August, at 10.40am to arrive at the Church of Our Lady Star of the Sea, Bundoran, for Mass of the Resurrection at 11am. Burial afterwards in Finner Cemetery, Bundoran, via her late residence at Sea Rd, Bundoran. Kathleen's Funeral Mass can be viewed live on www.magheneparish.ie.

Condolences to the O'Gorman Family can be left on the online condolence section at www.breslinfunerals.ie. Family flowers only please, donations, in lieu, in memory of Kathleen, to the Residents Comfort Fund, Shannon Lodge Nursing Home, Rooskey, care of donation box at Funeral Home or Donal Breslin Funeral Directors.

Peacefully, in the care of the Beacon Hospital. Sadly missed by his wife Sheila and children Sara, Peter and Philip. Beloved grandfather of Charlie, Moya, Killian, Owen, Astrid and Rosa. Much loved by his son-in-law David, daughter-in-law Brigid, sister-in-law Phil, brother-in-law Barney, nieces, nephews, relatives, extended family and a large circle of family friends. Gerry will be missed by many and remembered with much love and affection.

Peacefully, in the care of her loving family and the staff at Waterford Regional Hospital. Maureen will be sadly missed by her loving husband Richard (Dick), much loved mother to Michael, Claire, Maire-Therese, and Brigid, along with their partners James, Katrina, and Adrian; adored grandmother of Holly, Zoe, Leah, Abby, Jack, Jamie and Conor and Maureen's brothers Frank and Terry. Deeply regretted by her sisters-in-law, brothers-in-law, nieces, nephews, cousins, relatives and friends.

Maureen was well travelled and had a varied life, career and education. She will be missed by a wide circle of friends, colleagues, her fellow I.C.A. members, her fellow Market Stall holders and people she encountered through both her professional and volunteer work, her craft and her kindness to many.

Margie's funeral cortége will leave her residence on Thursday, 19th August, at 10.45am, to arrive at Holycross Abbey at 11am for Requiem Mass at 11.30am. Burial afterwards in the adjoining cemetery. Numbers are limited to 50 persons in the Church. The Mass can be viewed at www.churchservices.tv/holycrossabbey.  House Strictly Private.

Andrew’s funeral attendance will be restricted to fifty mourners.  No flowers please,