The new Premier League officially gets underway in just under one months’ time and exclusive live 3pm Saturday fixtures will return to Premier Sports on August 14, as current Champions League holders welcome Crystal Palace to Stamford Bridge in what will be Patrick Vieira’s first league game as manager.

The following weekend sees Rafa Benitez and his Everton side travel to Elland Road with Leeds aiming to build on a hugely impressive Premier League season. The last league game Benitez played at Elland Road was a 2-0 win for his then Newcastle side in November 2016 as Newcastle were later promoted that season.

At the end of August, Premier Sports cameras will be broadcasting new boys Norwich City who host Brendan Rodgers’ Leicester side. The Canaries who are favourites for the drop this season have a nightmare start to the season facing Liverpool and Man City before Leicester play a visit to Carrow Road. 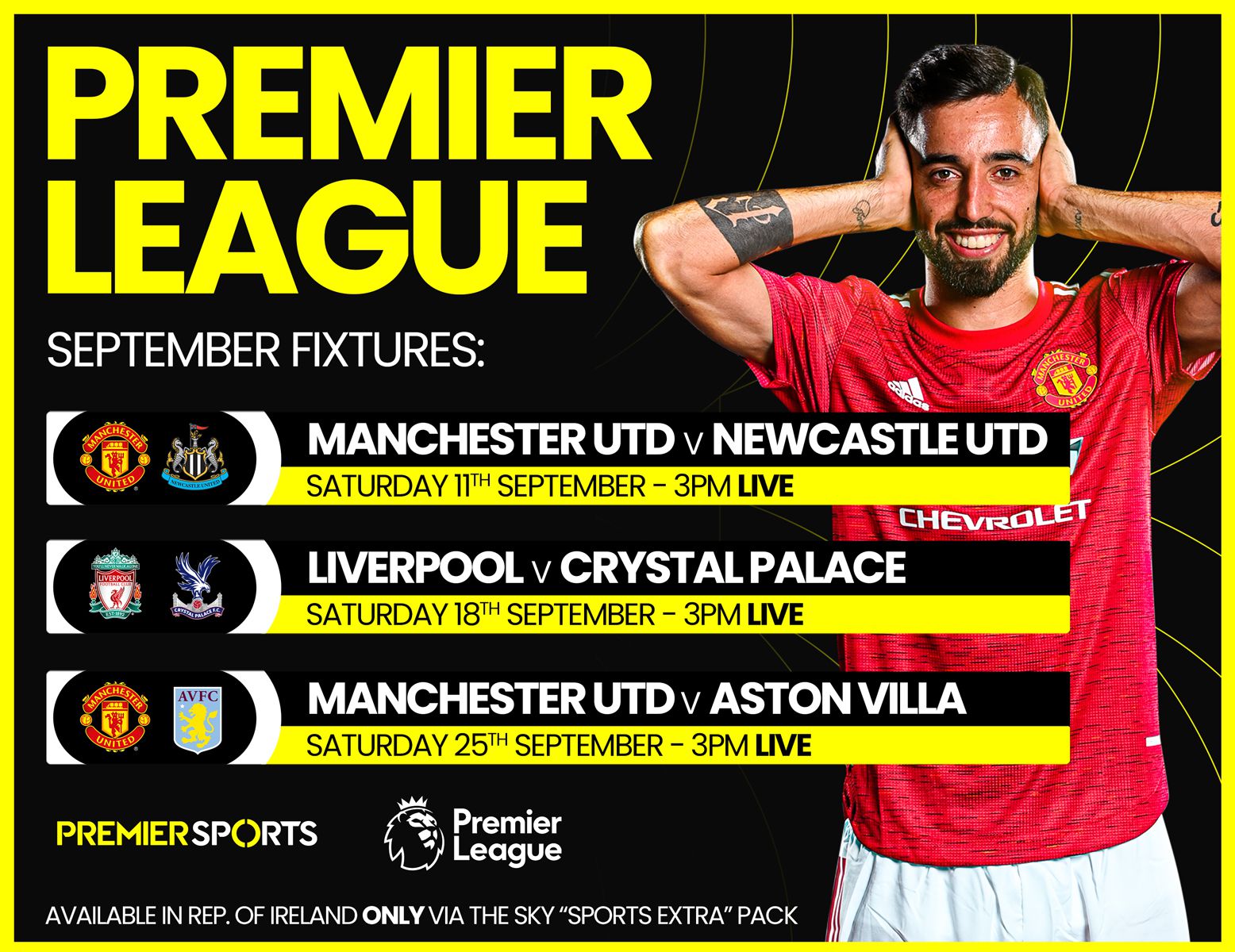 Ole Gunnar Solskjaer and Man United will be live twice in one month on Premier Sports beginning on September 11, when they face Newcastle and also on September 25, as Jack Grealish and Aston Villa make the trip to Old Trafford. The €85 million transfer of Jadon Sancho to Old Trafford this Summer will have Irish Manchester United fans excited at finally seeing him in a red shirt.

Sandwiched between these two games is Liverpool v Crystal Palace on September 18. Liverpool had a poor season by their high standards albeit still finishing in third place and qualifying for the Champions League, however Jurgen Klopp will be setting his sights this season on a second Premier League title in three seasons.